Dear young Lisa, [return] [return] In the future you will pay a lot for, of all things, Ko-Rec-Tape.

It isn't the kind of knowledge in the future that would get you rich if you had it in the past.

Today after the meeting I decided to go to various local bookstores during the football game and see if any of them had this:

, which I'd just decided I wanted, if it existed, which it does, so I could read through all the poems, in order.  I decided I did cuz they're wrong who think he's not great plus who cares what I know is his fun came with heart, serious play, and I haven't indulged myself in it as much as I want.  Then, lo!, it was at the very first store I came to.  So I exchanged a large amount of capital for the thick book, took it into the library next door, and got started.

On the way home I bought (in Hollander's before picking up a coupla tomatoes at the farmer's market outside where yeah they still have plenty, and lookin good) a sheet of not-Mylar-but-close, but I think I'll use a paper-lined intended-for-dust-jacket cover hunk, like Lorne showed me how to put on a book, except not off a big roll.  I'll use the sheet for some jacketless books, maybe.  Soon my new cummings will have some smooth protectiveness on its lovely cover.

I read for an hour and didn't get to the end of his first book.  I left off in a section of portraits, with

this one [which I've used three screenshots to show you, so imagine the fonts the same size and only 1 vertical line before "suspenders"]: 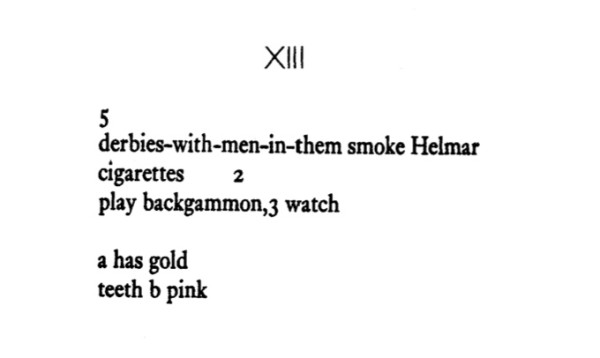 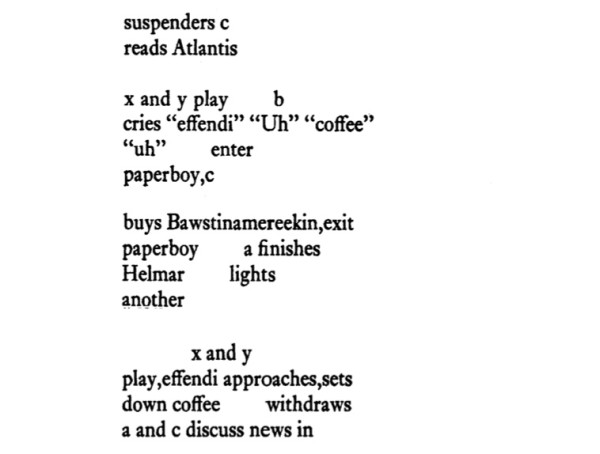 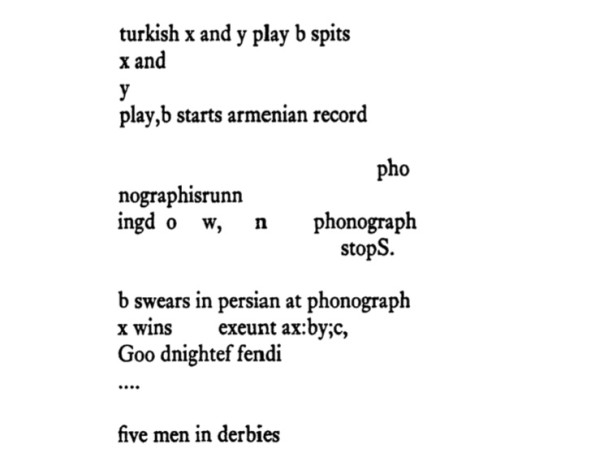 I have the idea of writing Starnes a letter on my new old typewriter.  She may need a magnifying glass, but she probably has a magnifying glass.  I can tell her about my father's typewriter on my father's typewriter, and she had some firsthand experience of my father too.  She knew the times.  I suppose she's probably 15 years younger than my folks were?  I don't really know.  She seemed like an older adult when I met her, but I bet she was all of 40, if that.

Doggie wants to go outside now.  The football people have probably pretty much cleared out.  And it's nice out.  And Siri sez the sun's up for another hour and 7 minutes.
Subscribe