Years ago I thought of writing here about my father's typewriter, but I never went through with it.  I'd looked it up online--- easy enough, with its distinctive square green keys, and my recollection that it was an Olivetti--- and got all transported back to the time I spent with that machine.

It was a sensory wonder, my father's typewriter.  Its compact weightiness sat on a dense gray foam pad on the steel typewriter table, and it hummed when turned on, via the strangely rocking-chairish angular power switch toggle.  It vibrated too, a bit.  And when it was in action, the combination of sounds was magic.  Enchanting, you might even say.

Looking at pictures of it online, my body itself calls up the textures, the feels, the motions, the smells.  The ribbons were cool.  The little window the keys typed into was cool.  The arc splay and precision of the orchestra of the striking skinny metal keys.  The space bar.  The shift key.  The half space.  The markings on the paper guide, and the little grooves of the steel wheels against its flat front.  And so square--- so 90-degrees right in so many ways, that machine.  Its design won over some part of me, deep down, I now reckon.  I'm sure it's a good part of why I like boxy cars, to this day.  And of course keying, and typography, and words, and writing.

When my father spent a summer at the University of Texas when I was maybe 13 or 14, I wrote him letters, from & on his typewriter back home.  I remember I played games with the right margin--- finding ways to make the words just the right length for each line to be one character longer than the last, for instance, for a while, and then go back the other way.  Things weren't always so smooth when he was around, but, him at a distance, I could share the results of my playing with his typewriter, and maybe we'd both enjoy it.  I would, anyway.  Not that I was consciously thinking about any of it, then.  I operated largely on instinct in those years.  Instinct and fear.

When my father got back at the end of that summer, he brought me several UT gifts.  T-shirts, a pennant, hats, I don't even know what-all.  One would've been surprising enough.  For years I had Texas-orange Longhorn stuff to deck myself out in, decorate my room, etc.

So the other night I was watching the movie of How To Succeed in Business Without Really Trying, partly cuz I wanted to see young Robt Morse, after his (surely related) stint in "Mad Men" (and its fond song-and-dance farewell to his character there), and there, on the screen in the film, was my dad's typewriter.  Lots of my dad's typewriters.  It was on many highly stylized desks, in its highly stylized way.  It got me to thinking about that machine again, and wanting to lay my hands on one--- literally lay my literal hands on one--- again before I die.  So I up and bought myself one offa the internet.  Cuz why not.  I'll be dead soon enough, but, with luck, it won't be before I get to play, again, with an Olivetti Praxis 48: 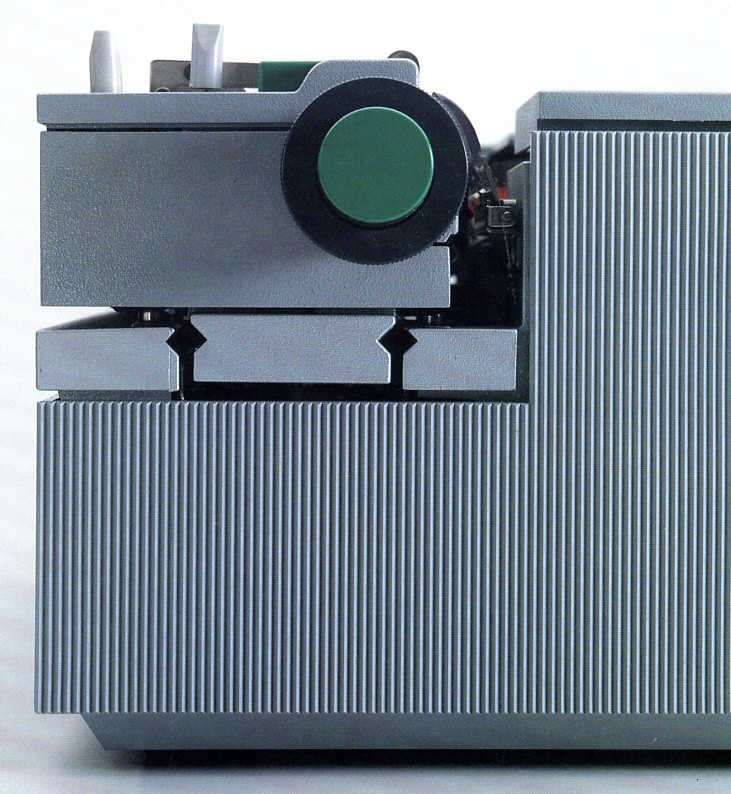 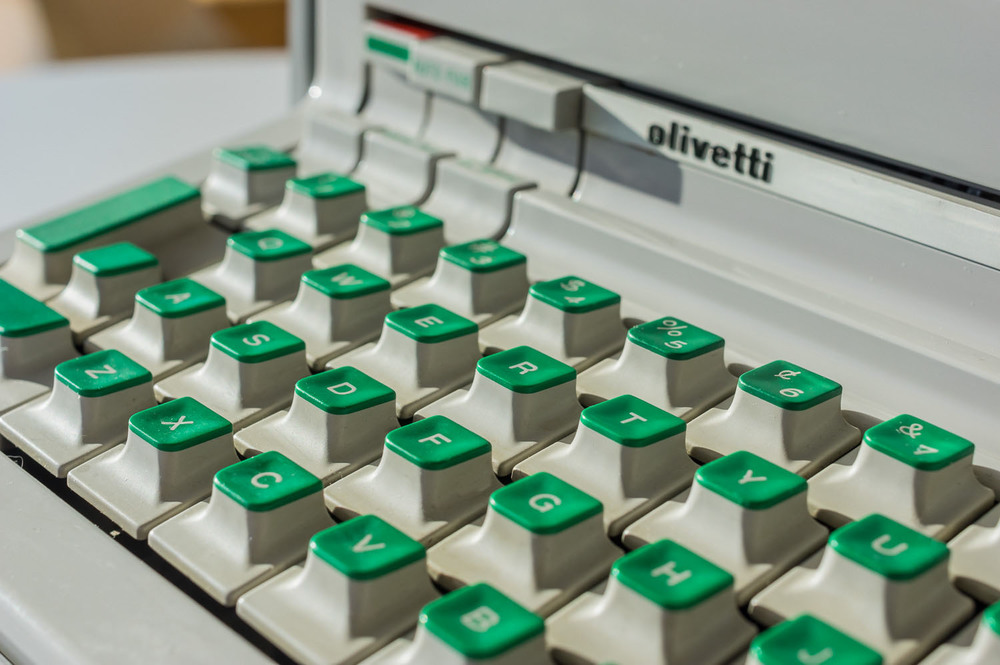 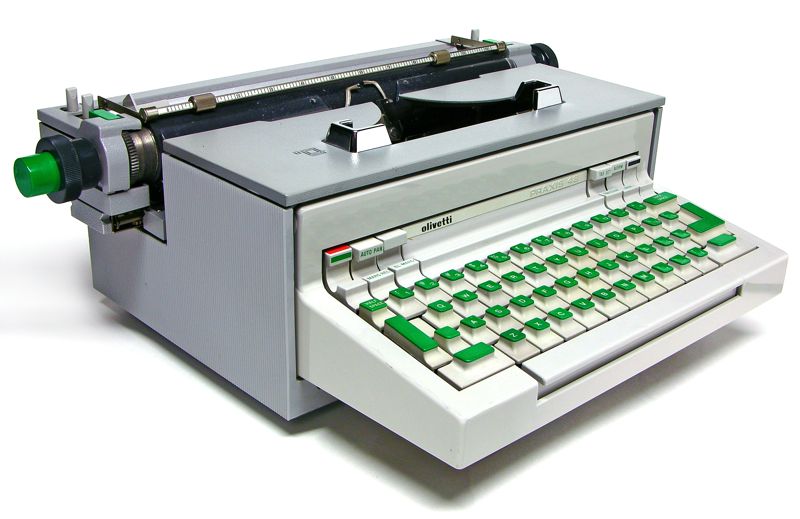 One of the thoughts I had, discovering a few years ago that this typewriter was considered cool by some of the rest of the world too, at the time, was that maybe it had been a relatively expensive typewriter.  We were a financially strapped young family, and, if it was indeed pricey, was it something of a representation of how my father's desires were to be satisfied, as his emotions were valued, considered, even the ruler of the roost?  I thought of his having had a motorcycle for a while, and other gadgetry, and the dark room in the basement he smoked reefer in with the grad students, and that beer can collection, and those trips to Europe (with students, but with extended romp sections too, it seems, reading the postcards he sent us back home).  I hadn't thought of those things that way before.  It had never occurred to me that sometimes whole families go to Europe.  In fact now I'm remembering how there wasn't money to send me on the junior year abroad that my collegiate fellows took at some college in the tutory Tudory Oxfordery.

However little it was meant to, though, that typewriter gave me pleasure.  It still does, in my head and heart.

I can already feel my fingertips sitting in the smooth hollows of those little squares......