It's a steady rain night. I did put a load of laundry through the washer, but I'm not drying it tonight. It's good to be home and doing nothing much.

Feels later than it is. Dog went to bed early. I still can't seem to win at Rummikub. My snooker's off tonight too. Didn't watch any more film festival submissions. Just listening to the rain, playing, reading, and getting slowly wearier.

Oliver Sacks is 80. How about that. The other day I was in a conversation in which he came up. I can't remember how much of Musicophilia I read, but I wasn't conscious of weird vamps of tune & rhythm that loop in my head, or have been, a lot, lately.

Something I saw talked about deprogramming. That has me thinking about trying to snap out of the control of IT. Maybe I oughta read that book again. That's a grand love she has for Charles Wallace. And her dad--- her dad is as tender, in his way, as Mrs. Whatsit. Or maybe I oughta try another book about them. I've never read any of the others.

So yes, here it is, that timeless sort of feeling. Available, as if indefinitely, if I just stay up. But lots to do tomorrow, and sleep is good. Such dreams I had the other morning. Such crazy modified Gertrude Stein House dreams. A new dream theme emerged, to join the one in which I remember I can fly and the one in which I am part of an egress of a final sort, out and up and to the left, as someplace crumbles. This is one in which there are many more rooms to the place--- rooms that I was (or we were) shown but that are now walled off to our apartment, in the giant one-floor flat. This time with a wide ramp leading up to the green grass roof. And my coworker in what looked like my underwear. And all the being foiled in getting back to the room for sitting and talking. So much foiling, such a variety of foiling, foiling so absurd as to be a belly laugh if it weren't so frustrating and sad.

Or maybe the dog and I will get out early, taking advantage of a nonwork morning with just the two of us (besides the cats).

I think I'm going to set the tumblr to tumble cards/poems out automatically from the queue. That way they'll keep coming for a while if I up and die. Not that much of anyone is looking. But somehow that's not the point. Anyway I don't think I'll do it until after the weekend. I like the one I have at the top right now: 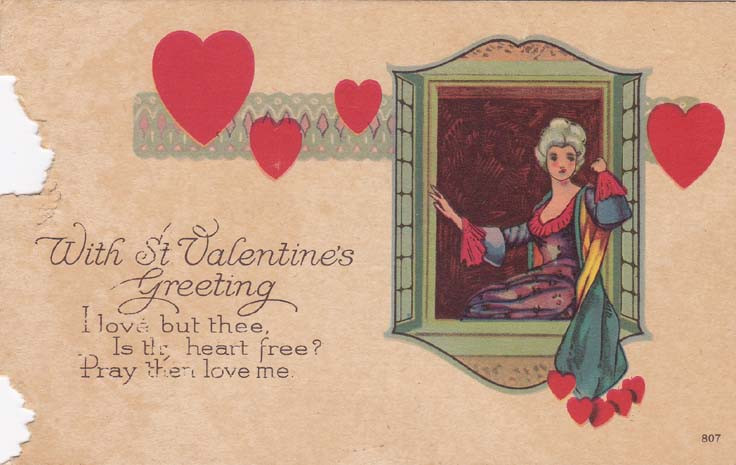 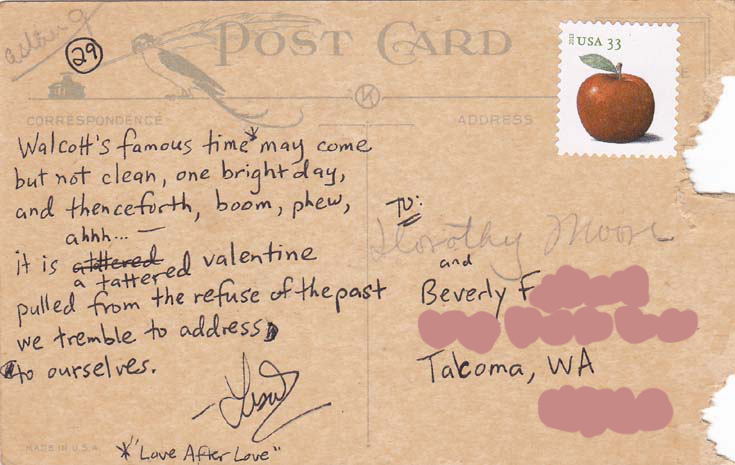