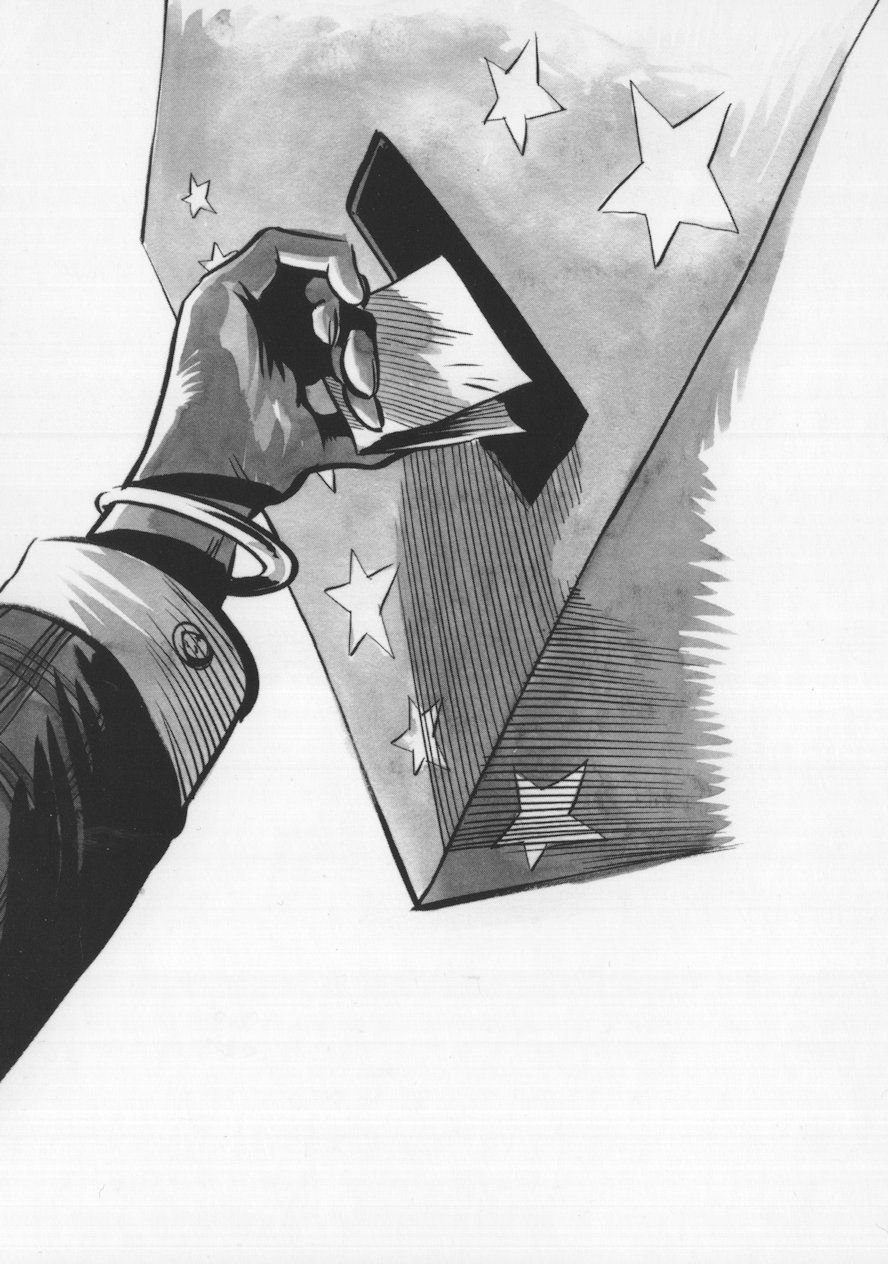 Sometimes Bow Tie Tuesday falls on Election Day.  This is one of those times.

My tie today wasn't intended to reflect my rooting but to match my new Mr. Zippy T-shirt, in honor of the USPS folks.  See it, and more of me, ( Collapse )


I had three Zoom meetings today.  Didn't realize there's a warming trend underway until I opened the window for the cats between the 1st and 2nd meetings.  In the later afternoon I got out to get the mail and head over to my local polling place, the chemple--- part church, part synogogue.  I'd already voted by mail, but I wanted to see if there was a line.

I went in, cuz what the heck.  There was a new entrance, and pandemic protocols were in place; at the door was a list of rules, and a big box encircled & highlighted the one (#4 of maybe 10) about no weapons being allowed.  I chuckled at that, but did appreciate it, as I told the weirdly young people working the start-here table, before telling them I'd already voted but was just wondering if they could share the number of voters who'd come through.  It was just over 250 there.  Which isn't a ton for that late in the day, but it's more than had voted in 2018 by that time, and this year, of course, a shit-ton of us (that's larger than a regular ton) (but more bigger than, say, a baker's dozen compared to a dozen) have voted ahead of time.

Then I thought I'd drive around a little, just to be out.  Headed downtown-ish, and checked the school next to my office, to see the voting action.  Saw a couple near Main Street walking with ballots in hand, and thought to go to City Hall.  It seemed active-ish, and exciting.

I called Zingermann's to try to order Eddie's Big Deal, the corned beef hash, but Zach (who took the call) said it's not on the current dialed-back menu, so he was going to approximate it by getting me the farmer's hash + some corned beef.  I thought why not.  When I went to pick it up, in the kinda comically regimented courtyard, another Zingermann's person told me that, for future reference, I can actually still get the corned beef hash, as they've got some available.  Which is good, cuz the cobbled together variation, though okay, wasn't the same treat.

Nonetheless, I'm full and have put the TV on, knowing we won't know much for a while.  Florida already looks bad, however.  At the least that seems to indicate the end of the fantasy it'll be a clear blow-out before morning, via Biden taking Florida.
Collapse