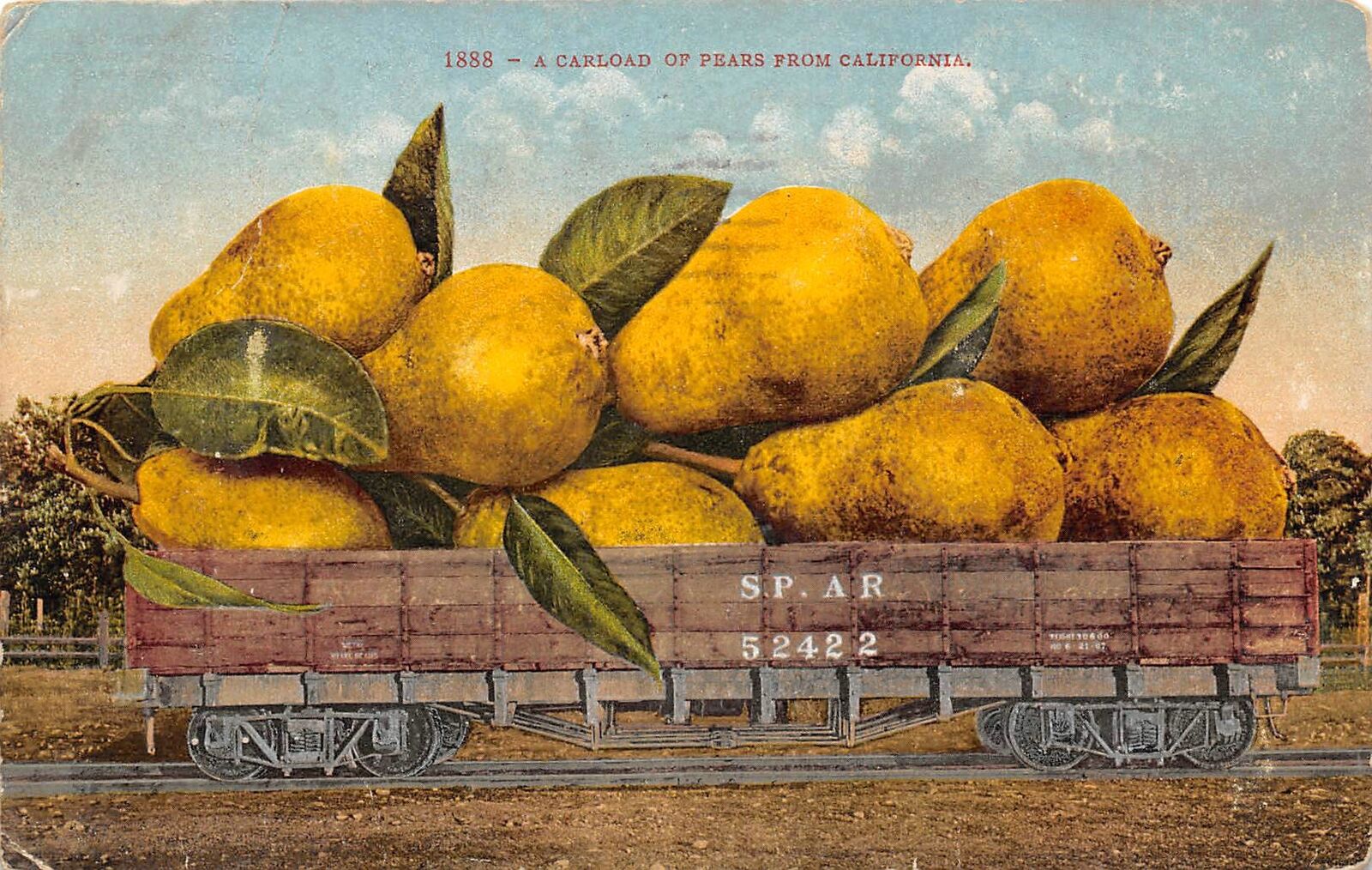 As you may know, there's a whole category/genre of old postcards referred to as "exaggeration".  Ordinarily I'm not much of a fan of them, but I like the occasional one, like this one.

But I'd had it in my head to fire up the burn barrel, so I did anyway.  Burned a little of the brush pile from the back yard.  Doesn't seem like a viable option for getting rid of stuff back there en masse, tho that was organic guy's suggestion.

Despite tiring myself out nicely yesterday, and deciding to shift toward a schedule that presumably wouldn't include such behavior, I stayed awake until just before dawn again.  I mean, whatcha gonna do.  So then another late start.  But today I did at least twice as much to tire myself out.  Will likely have to use a little leave from work for it, too.  Like, I'm not gonna want to go back to regular work after the trivia game Friday, right?

In elections yesterday, pretty much all the contests I was following came out the way I wanted.  It's hard to absorb.

A person I used to know is still in a bad way, prognosis uncertain, condition mysterious, experience miserable and terribly frightening.  I've offended my way out of their good graces, or theirs, or theirs(?), and I don't know why, and that's okay.  Seems like one of those situations it's better left with them.  But I gotta say, it adds a layer to the distance of concern.  Like, it's that much further away from me, firmly outside the circle, so feels even further away from my influence, wishes- and hopes-wise, tho of course I'd have no influence either way.  It's weird to be walking around with the sense of caring about it so much, while disconnected from them so thoroughly.

Life is complicated, and seems so sometimes an extra-lot when it comes down to the simplest brass-tacks things.  Or there's something about the complicatedness that looks so wack it's like it actually wants to fall away.

Had a good long recovery convo with a new recovery buddy the other day.  It reminded me how hard it can be to allow in the possibility that you're being too hard on yourself, when a habit that errs in the other direction, HARD, is so deeply ingrained.  And it reminded me of how it can help me so much to see that difficulty in others, and then be prompted again to conjecture its deep embedding in me, to help me know (or just start from a place of knowing) it really is legit for me to go (hard) the other way.  Like, probably always will be.  Legit + called for + proper/right.  Right work, in a weird variation.

There was a big AMS town hall Zoom meeting today.  The head of us does these Q&A things.  Before, we could pipe in to them, but it'd be her in the cafeteria in Providence, mostly facing away from the camera, and hard to see or hear anything from her or the tiny people in the audience.  Individual talking heads works better.  Plus I can see the faces of some of my old everyday folks, among the many mysterious people, and I think that does me a whole lotta good.

I'm sure it also helps that it's been cool out.  Unseasonably!  And my knees have let me walk about in it, and around the house, with a whole lot less complaint, for a few days running.  But not running.  Hahaha.

25 people have entered my home code in the library's summer game.  :D

Dang, I gotta make supper.  But the distributor just coughed up a bunch more Box to hand out!  Oy.  And we're out of GALs right now.  Trying to think what I could put in to cook for a few minutes.  I think I'm spacey-hungry.

Hello to you livejournal-reading people.
Collapse