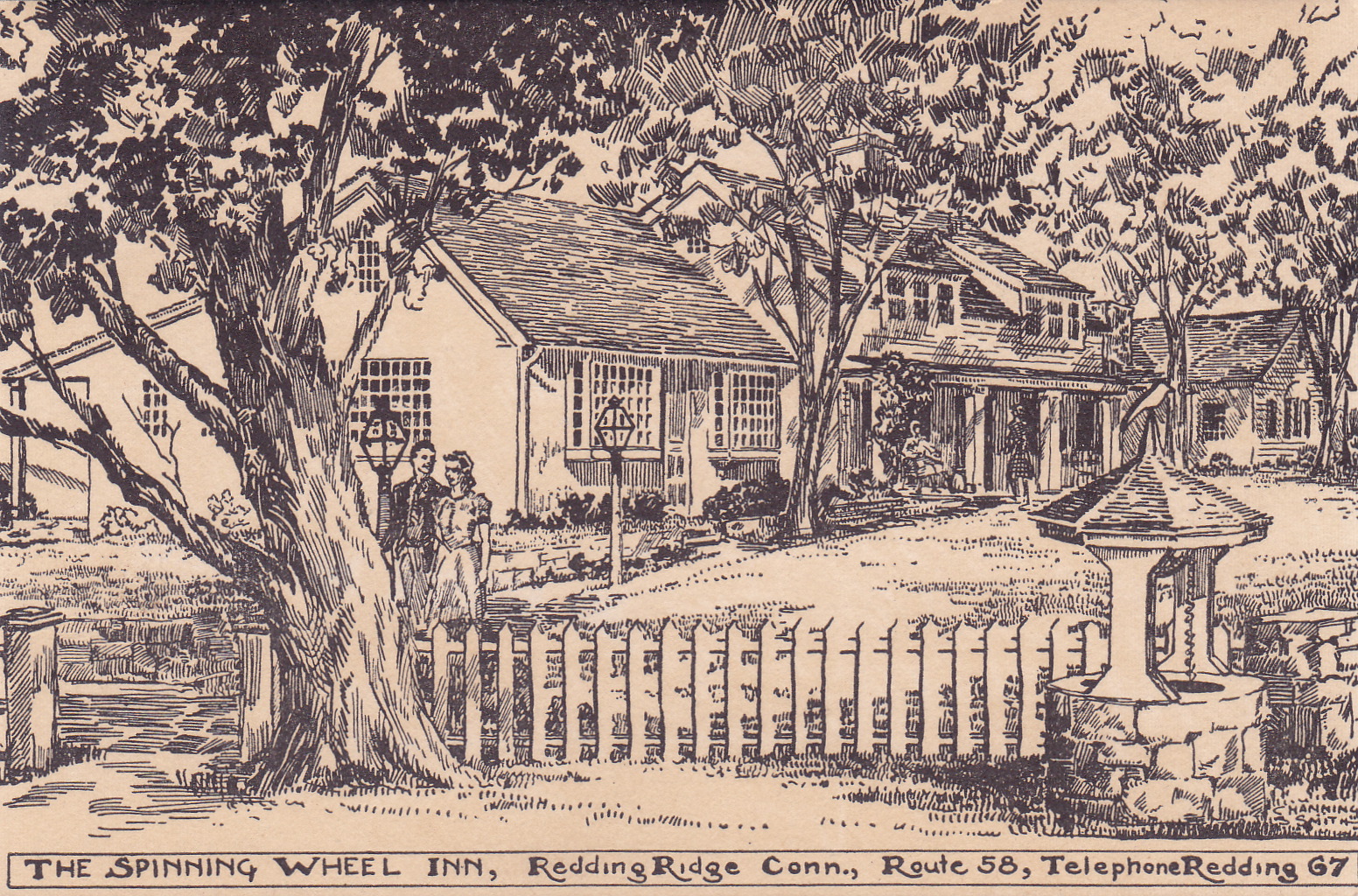 Two days to go to until the days start cooling off again, a little, for a little.

I tried to get up way early again--- yesterday I was up from 6 a.m. on, for a good while.  Took a walk before starting work, which I did before 7.  Crazy.  Today I did get up to close the windows but couldn't seem to get awake enough to work.  So I was asleep when the expensive organic people came to yank up stuff in my back yard.  They did good.  It's hard to face how much work this place needs, but this was the right move.  Blew most of my gov'ment handout, but, hey.  It was still something.

The bow tie today matches the company shirt, adapted, after its shoulder damage in the dryer, to summer stuck at home without a/c. 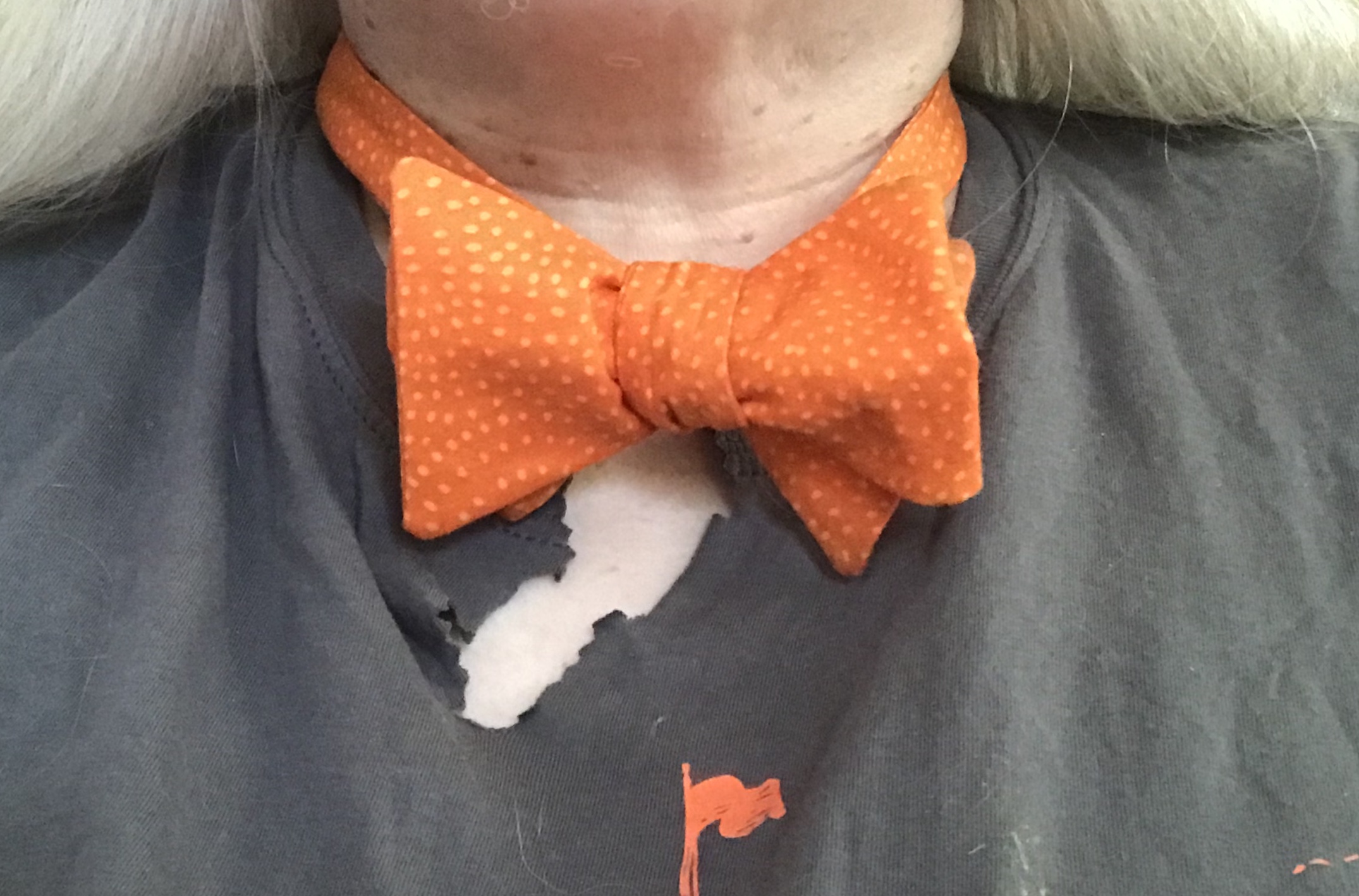 I'm not trying to look sexy.  I'm trying to remember to look down at the lens, cuz the phone's upside-down.  I just look super-sexy (and weirdly blurry-/cross-eyed) by accident.  :-D

I need a new (small or) cut down shower curtain for the window in the bathroom that has the trellis outside, cuz I had 'em pull the whole freakin' trumpet vine out.  It made a nice visual block, even when overgrown, from inside, but it grows up the roof like crazy, which is a pain to keep after, on a ladder, and the organic guy told me many negatives about having things growing against the house like that.

Now I'm beginning to think about the new deck I could have back there.  It could happen.  Yes, there are repairs to the house needed, and painting, and the garage at least may have lead paint on it (guy told me I can test that myself pretty cheaply), so even tho it's a tear-down it might make sense to keep painting its carcass anyway.  BUT none of that means I can't start imagining my new deck.  If I don't get laid off.  And I get more yard stuff done.  And I stay alive a while longer.

So back to the shower curtain, I want something translucent but sorta dark and colorful in a way that appeals to me, but this isn't such an easy set of characteristics to track down via the interwebs, as it's hard to tell online how much light gets through many options.  I wouldn't care about the not letting too much light through if it weren't a freakin' heat wave.  But also in theory there may be times people will be on the deck and a person or more than one person will be in the bathroom in a stage of undress and/or indisposédness, and thus probably wanting privacy from the gaze of the deck people.  This is all in some crazy fictional-sounding future in which there could be lotsa people around here and no one worrying about anybody infecting anybody with something that among other things might tho it probably wouldn't cause dozens of dastardly blood clots that either kill you or at least leave you with lingering nastiness indefinitely.

Also I should re-tile that room.  With real tile, not plastic tile that chips off and makes the cat want to chew on it.

When will my kitchen turn pink and white, tho?  Will I re-re-paint the peeling bathroom ceiling?  Seems like I ought.

So much to imagine doing, outside of anatomy class, step work, games, Spanish lessons....  Yet I am a rational person who obviously doesn't believe that I'm jinxing myself somehow by imagining, or by, maybe, even (dare I say it?) --- doing the H word.
Collapse