Mighta been that I went ahead and mowed the yard yesterday with a bit of a limp, through the bumpy dirty and growth, with lotsa pivot turns.  Possibly complicated by my having wrapped it before I went out, and leaving the wrap on a while after.  Could that've made me not notice warning pain?  I left it on and had jean-wrinkle marks for a while afterward.  Plus had a bug bite on that knee I had to treat after scratching it.  Whatever the case, tho it's a good bit better today, I can't quite straighten it while walking, and have been using a cane.

Of course I hate this.  It's a beautiful cool day, and not a work day.  I'm gonna go out at least to mail postcards.  It's the needing to fight off shame that I'm most weary of, and irritated about.  O to be more full of myself, cunt-sure.  Alright maybe that expression doesn't quite work.

I can't find one address I was thinking I might use.  Guess I have a few more days to run across it.  I had it in the car for a long time, and I'm not sure where it ended up.

Yesterday I spent what seemed like a great deal of time trying to find the AA batteries I knew I had, and considering going out and buying more, so I could try out the new cat toy.  More shame to fight.  Have you ever bought something you know you have but just can't find?  Does this happen to you not infrequently?  At least I no longer buy underwear cuz I'm behind on laundry.  But only cuz I now have plenty of underwear.  And I have more on the way now, too, after reading

susandennis on the subject recently, cuz the kind she's been into looked really cool.  My preferred solution in recent years has been the cotton-wrapped elastic Jockey Elance French cut, in certain bright colors and patterns, or black.  Least favorite underwear color: beige.  In fact I marvel at that ad for some new version of knock-off Depends that refers to its elegant or fashionable looks, when it strikes me as about as ugly as they could make it--- to me it looks like it's made of an especially wrinkly version of that stretchy tape they use to wrap a cotton ball on your blood draw spot, with a few bad flower drawings on it in navy ink.

I put up a sign for the white male running for county prosecutor.  I'd had a phone call from a supporter of the woman running, who said she was into criminal justice reform, but couldn't give me any details.  When I asked why she personally supported her, it was cuz the caller's sister was really into the campaign.  When I went to the website I saw that the candidate's Black, but the issues section was pretty vague.  Contrast with the white guy, who names the names of the likes of ending cash bail and coercive plea bargaining, just to name a couple, and has a background that suggests the sort of reformist approach I'd like to see.  But the value of getting people of oppressed groups/experience in there is significant, and yeah, I wish he weren't a white male of apparent privilege (beyond just the whiteness and maleness and apparent ableness and other advantaged states).

Guess I'll get dressed for real and get out there, if only to take the trash out and drive to the P.O.  Maybe I'll hobble into the lobby and see whether the stamp vending offers p-card stamps.  Lobby hobble, Robbie.

I have to quit my free trial of Duolingo Plus by tonight to avoid the charge for the next 6 months.  It's true I've done more Spanish learning this week.  And the paid version lets you test to skip ahead, rather than repeat the same material what seems like way more times than is necessary to get it in your head.  I don't like that I'm not getting any of the theory of the structure learning it this way--- just have to conjecture something's reflexive, for instance, or google how the accents work or what's the etymology/meaning of the cumple in cumpleaños.  But it works, in its way.  I'm glad Dave told me about it.  And glad he has a gf in Cuba.  Last time he suggested I visit, he suggested making it a visit in Cuba.  Wouldn't that be lovely?  Holly and I used to talk of going there.  My first Mexico City friend said you could go as an American from there and not get your passport stamped, so's to avoid being in trouble with the U.S. when you got back.

The other day I found a little slip on which she'd written down for me "Tepoztlan" and "Lesbostlan", so I'd remember, for future visits there.  She was straight, but, you know.  Not, like, fully.  ;)  She also told me a lot about the bribery systems in Mexico, which she was going to have to deal with when taking the last of a buncha stuff she had in storage back home with her.  She gave us a number of cool things rather than pay to be allowed to bring 'em back into the country.

The world is a strange place.  No less so now, in how things are run, than in centuries past.  We're just used to this version.

I still have the antique Fry's Cocoa mirror from Lucia, tho I did try to sell it on Craigslist at one point.  Maybe I should put that back up.  On the wall, not on Craigslist.  Perhaps as a reward for finally painting the kitchen?  My envisioned pink-and-white kitchen?

Was gonna put the wide photo of the giant class of 1920s women graduating from Western in Baltimore over the bookcase in the dining room, but it doesn't feel right.  I'll hang onto them a while longer, though.

I abandoned Week-End at the Waldorf on TCM earlier, and haven't yet watched today's Noir Alley.  Maybe tonight for TV.

This post doesn't contain a much of a sense of the bleakness and dark stuff that pushed its way to the surface more than once, the past coupla days.  So I note it here, for the sake of noting it.  So weird, how there will be these times when it's hard to imagine I won't implode.  I hate when it feels like time is something to get through.  That ain't livin'.  My strong suspicion is that the isolation is getting to me.  Having to work (and being able to) may be just about the only thing, other than the cat and a habit of Zoom meetings, that keeps me functioning.  At least it doesn't feel like it's my own drive to function.  To get up and greet the day and enjoy it and make the most of it and be glad of things.  Yet this is a sort of laboratory in which I'm forced to learn to find a way to that state on my own, and such a lesson is surely a lesson I can benefit from, and would like to.

Today, however, my knee hurts, and maybe the taking it easy on myself is enough, and should be enough. 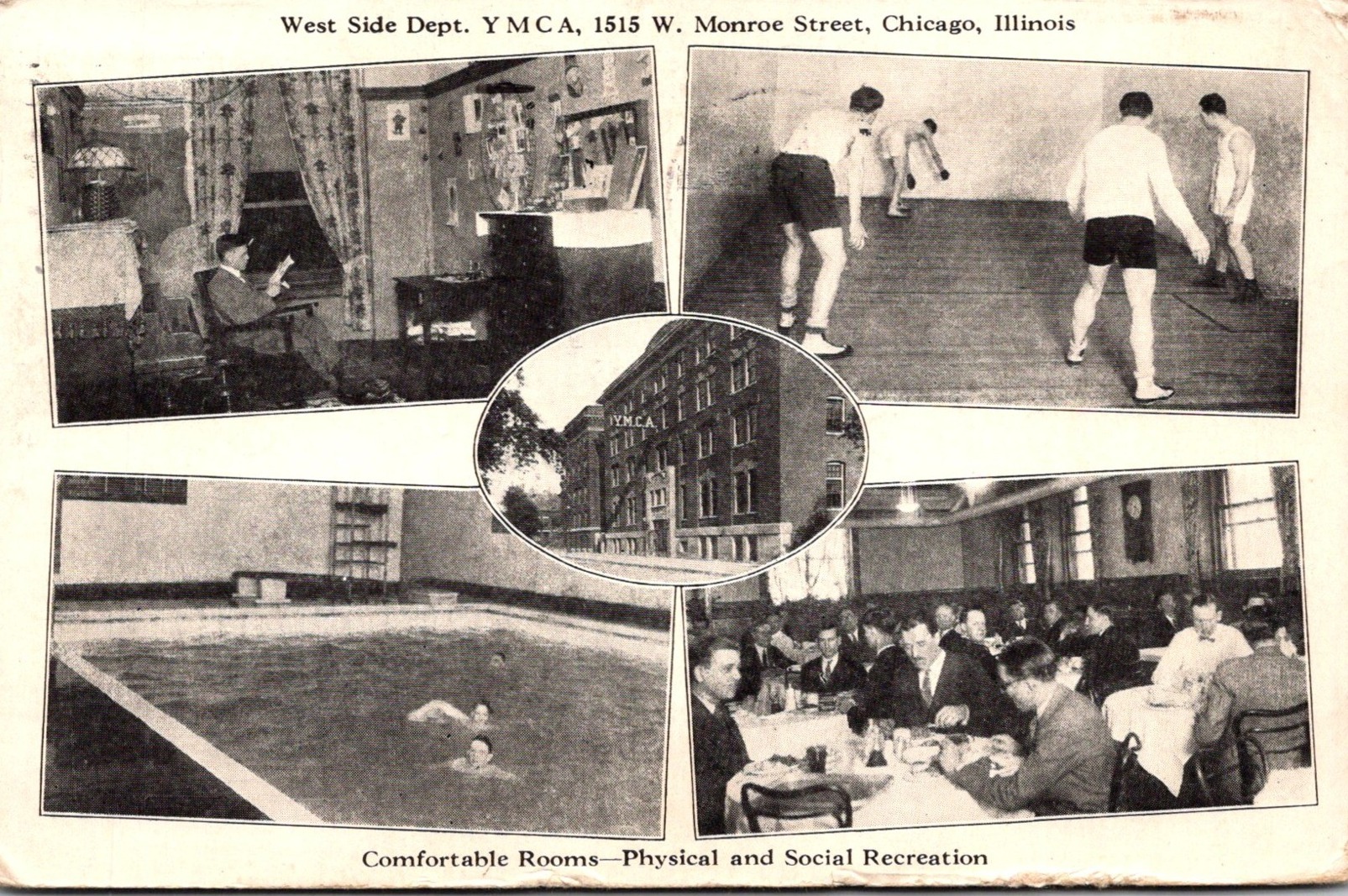 The cat toy is this, recommended somewhere: 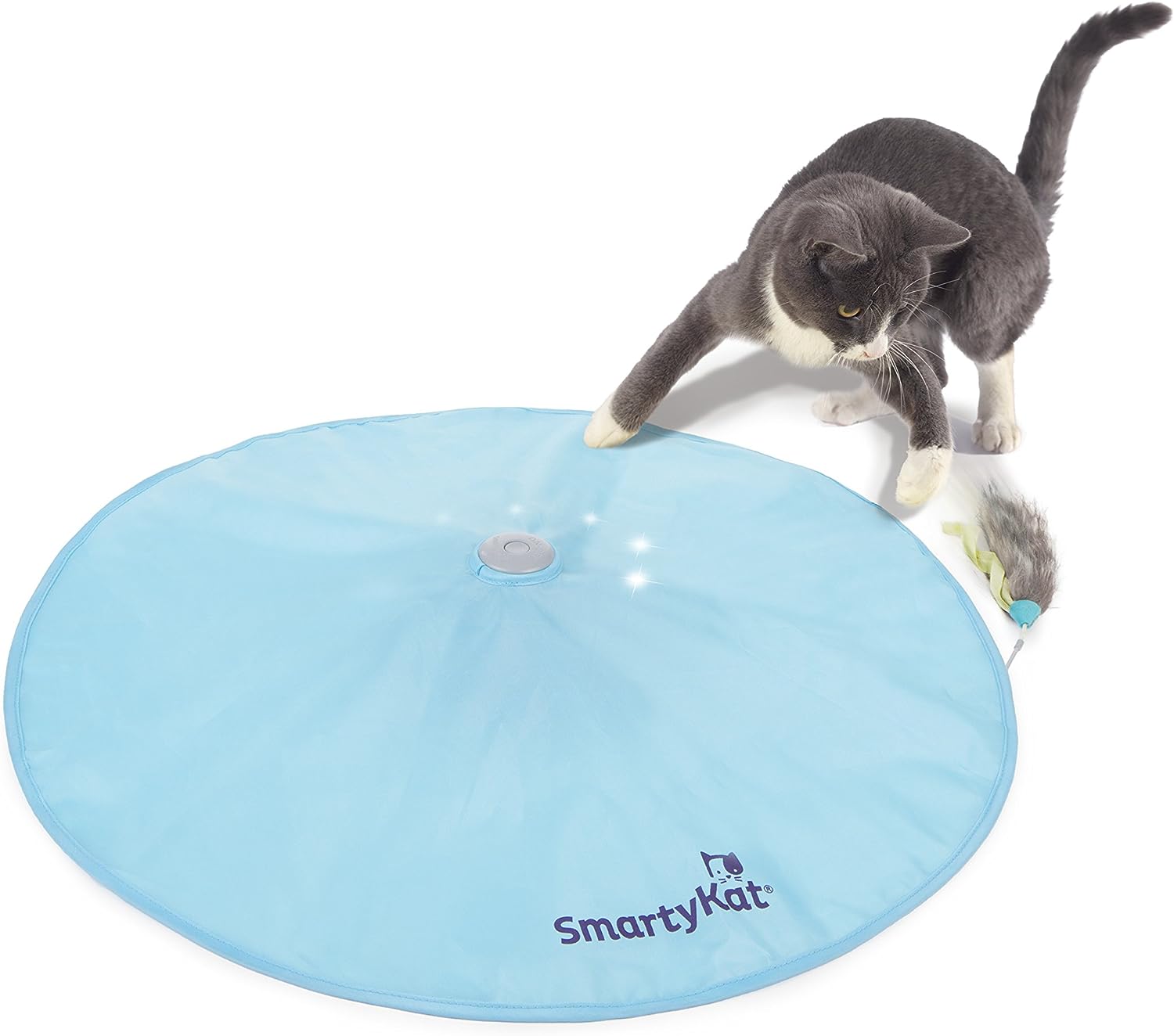 It moves the toy around in random-seeming bursts.  Has two speeds besides "off".  If I use it sparingly, I think he's gonna be into it for a while.  It's good to have variety with this guy.

The other recent experimental purchase I got, I haven't tried out yet.  It's a magnetic closure for necklaces, so I won't have to fumble with the hooks for forever, with my very short nails and high level of frustration and low level of necklace donning experience, for my age. 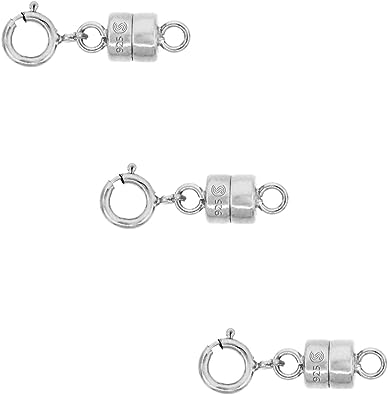 I went with the 3-pack, thinking that'd be pretty good for starters, if it seems to work.  There are probably only 5 necklaces I wear with any frequency at all, not counting some long enough I can just put 'em over my head.  And 2 of those are bow tie cop-outs.
Collapse