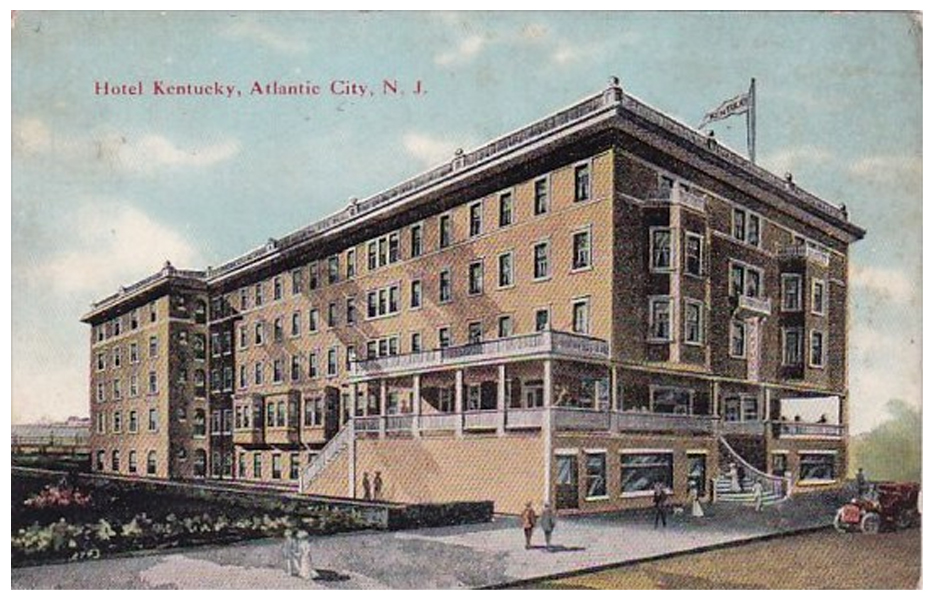 There'll like be an Atlantic City Week here at PotD soon. But here's this one anyway.

It tells me things about the Moon.  It's in Cancer now, for instance.  But that maybe makes it sound not so scientific.  It's got lotsa scientifickery in it.

My latest cough ailment hacks on.  Tomorrow's the Saturday rehearsal for chorus.  I think I got the bits for the politicians worked out okay.  We'll see if they're willing to play along.

Been ramping up the Bernie work.  Gotta try to set that aside tonight and work on songs.  Unless I up and go see The Princess Bride, which I've still never seen all of.  It's a 9:30 showing, and I'm old, and it's winter.  But still, it might be nice to see it in a theater.

First, though, a mobile notary will be appearing to get me to sign my refi papers.  It's a seriously strong motivation to want to live longer, my desire to knock that debt curve right down to nuthin', finally.  And live life that way a while. It's still pretty hard to believe it could be about to happen.

I haven't gotten one piece-of-cake galley all day.  But the very next one up in my pile is short and looks easy.

Did get my guitar and amp set up, btw.  Dizzy Dud Bud has tried to change the amp settings, via chewing on the knobs.  Unless there's light on it, the face of the guitar almost looks black, but in bright light it sure is ( Collapse ) Sounds great, too.  And I still don't know what I'm doing with it at all.  :)

They're encouraging line-quoting and talking back to the screen for this screening of The Princess Bride, so I might miss stuff.  That's no way to see a film the first time, unless it's Rocky Horror or something.

The mobile notary came.  Got that stuff signed.

Now I have Before Stonewall on in the background.  It keeps making me think of how there's this "queer"-phobia in the chorus I sing with.  It's like some (vocal) people have never heard of reclaiming a slur.  Plus they seem to think that most old people---even those coming to our shows---feel the same way.  They also don't like references to sexuality, so I couldn't even refer to Hair (the musical) as having broken barriers around once-scandalous things, cuz some of these Midwestern homos find them scadalous to this day!

The other night the President of the chorus wanted to talk to me about the patter script, in which it had already been decided we would stick with the "Osqueers" theme (the show is movie songs).  So she grabbed me at break and brought me the script, on which she had numbered every occurrence of "Osqueers" with an ordinal number in a circle in the margin.  She then told me how I wasn't in the group last year so I don't know but the audience survey showed how by far most of our audience is 60-65/70 years old.  And so that's what the complainants were talking about, and they appreciate my creativity (which is actually irrelevant to the subject at hand), but we don't have to use the term so much, do we?  Like how about here, or here, or here....  Then she said---I shit you not--- that we don't need to hit people over the head with the queer AND THE LGBT stuff, do we?

I took the queer out of the bit she'll be speaking and changed it in one other place.  But then I added one back in, now that I know we do have a group of tap dancers.  The Osqueers Tappers.  Ha!  Suck my queer dick.

Another board member made up logos for the fake award show.  I wrote him to say something like watch out, we may have reclaimed that pink triangle decades ago, but you never know with this bunch.

I could go on at some length about "queer" as both an umbrella term and a particular way many people identify.  Not to mention rail against the lack of political awarenss or gratitude for those who went before us.  And such pious crap!  But I'm just gonna recall and take comfort in how that other board member referred to these late-stage complaints as lobbed-in (at us) bags of flaming poop.  It IS flaming poop.  And it's really weird to live somewhere where the queer chorus has multiple people who dare not speak our names, and think they should restrain the rest of us from doing so.

I saw a mouse.  Then I noticed that Manny had apparently already seen the mouse, but was currently staring at the wrong place.  Dizz was oblivv.  I moved some stuff to make it harder for the mouse to hide against one wall.  A little later I saw the mouse again.

Just a few minutes ago, Dizzy---who'd started staring where Manny was staring, as if there must be something there---saw the mouse.  He was SO excited.  I'm excited for him.  My mousers are gonna get me that mouse.  And I hope they do, and then they kill it quickly and leave its body not too chewed up & sitting somewhere I can see it and dispose of it easily.  I don't want a dead mouse hidden somewhere.  We had one of those in the warehouse at Varney's and we found it after the smell got worse and worse.  The carcass was behind a cabinet.  Guhhh-rosss!
Collapse