I have a bunch of new bow ties--- the 2 I got myself for Xmas and the several I got in the super-cheap ties.com sale ($2.50 each) after that.  But I'm not tying one on today, despite it being a day often celebrated with tying one on.  I'm heading over to Mr. Stadium soon, to knock off some serious laundry.  This after paying $335 for a new condensation pump.  It doesn't feel so bad with the re-fi pending.  I'm trying to think of it as numbers, not the chunk of resources it also is.  :)

My guitar was delivered to the local-ish store yesterday, but the amp was delayed.  Won't be there 'til Thursday.  Unless I just can't stand it any more this afternoon, I'll wait until then to pick up both.  Gonna go jam with

This little enforced vacation is nearly over!  I didn't like having no choice about the time off, but I have enjoyed it.  Already have a date with plumbers for Martin Luther King Jr. Day.

Doing the mass laundry is usually physically exhauting for me.  The standing and folding, no doubt.  Maybe I'll take my knee strap thingies, which I usually use to hold cold packs on the joints when they're especially painful.  I'm definitely taking my Bernie postcards.  I have 75 to write to people in Iowa & mail back to the campaign for distribution in January.  Earlier today I did a few more text sweeps; I'm in training to do that, having been picked out for promotion.  :)  Usually promotion means more responsibilities in exchange for a little more pay and possibly a smidge more respect from some; with the campaign, it just means feeling like I'm contributing in more ways.

Ugh, I really don't much wanna do laundry.  But the big machines are discounted on Tuesdays.  And it'll be good to be caught up that way, going in to a whole new decade.

Peter pointed out that it's about to be the roaring twenties!  Back in high school I became quite a fan of the 1920s, or of what I was reading about culture and life and fads and such then.  Realized later how for, say, my grandmother on the farm in rural Kansas there was no pole sitting and crossword puzzle doing and Charlestonning and yellow journalism and flapper outfits and jazz and all, though maybe they heard about Leopold and Loeb.  Anyhow, here we are again.  Let's hope we get our new FDR before a new depression!

=====
Later
=====
I forgot to post that.  Bert came by with a big fat pork chop and some other food, too.  Then I got the laundry together and got t'goin'.  Didn't fold all of it there; have a bag and two laundry baskets of T-shirts to fold.  People in the laundromat were quite friendly today.  And there's a great feeling of satisfaction, walking out of there.  I'm sore, but it was good.

I only got 4 postcards for Bernie written.  Realizing it's gonna be a lot to get through 75, I reserved a room at the library and set up a Postcards for Bernie event for this coming weekend.  Even if it's just me, I'll have 2 hours set aside to work on 'em.

TCM is playing all the Thin Man movies today.  They're up to Song of.  I've seen it twice or more, so it's perfect for lazy background movie.

I've still gotta put clean sheets on the bed.  Might be nice to shower, too.  But I'm in for the night, and glad of it.

Happy New Year to you! 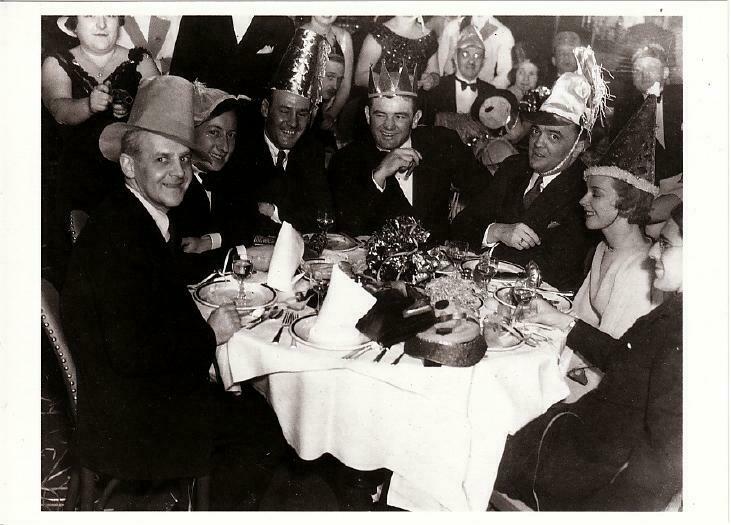 There's one famous person in there.  Any guesses?  Hint:  he's more notorious than famous, to most of us.

... each month last year.  Here they are, as one paragraph:


Saw The Favourite. Tonight was the lucky 3rd try: we actually had our first sewing class. Like, it's a problem, the logic, and it's a logic problem.  Today I'm a bit absent-minded.  Still home. Who put the dogs on?  The a/c isn't working right in my room at the office, so I've got my hair up to try to minimize the neck sweating, on accounta how (1) since I don't have a collar under the tie I'm sweating right into the (in this case) silk, and (2) who wants to be all neck-sweaty at the office? It's sort of amazing, but here just a week after I said goodbye to Mo, I have a new friend who needs a name. The cats and I are hunkered down in the cat room while I wait and hope Chirper (today's nickname) will pee and I will get the latest info on his abilities in that regard. Here it is, October. It's Tuesday! I've realized that I don't have enough days left in the fiscal leave year to take enough leave to come close enough to the leave max to use up enough time to not get stuck losing the value of some time down the road when they make a policy change.


And now here's the LJ year round-up thing they make: