That's a pretty good one.  Sadly, I saw it when in my car yesterday, late afternoon, without the kitty-cat, having just sat with her through her last few moments of life.  I'd been having a feeling this was it, this extended this, and though she had rallied the day before, she'd sunk back down and was pretty clearly ready to go.

So there were four of us last year, then three, now two.  My remaining fine fellow seems to get that, too, and hasn't yet adjusted to it, as animals do, but of course not right away.  I think I am still slower than most, with certain adjustments.  Don't know what it is.  But maybe not.  Makes no diff.

It does rather feel like another animal will be called for around here soon.  I don't know how I want to go with that, though.  Add two kittens, and that'd be too many to add a dog to, or at least pushing an envelope.  Probably want to add a cat before a dog if adding a dog.  Don't know.  Don't need to know just yet.  Even if someone keeps meowing around the house, trying to find his playmate.

They gave me this( Collapse )

I'd had plans yesterday evening to meet up with someone I used to go out with, which is kind of a good way of putting it in the case at hand.  After talking a bit with recovery fellows including one pal at lunch at the new branch of a pleasing brunch chain that's opened up here in our town, I'd texted to give that planmate a choice of whether to cancel before I went to the vet or be on hold until after I got out and knew whether I'd still want to meet up.  The response was a very considerate offer to go whichever way I wanted on that.  I picked going ahead and cancelling.  But then, after the goodbye to Mochi "Mo" "Mo-Po" "Mochi-Pochi" sweet little Mo Mo the stalwart tiny kitty-cat and her half a working kidney that had really rocked it for 9 years, 6 more than they thought she'd have, I texted again with that news, and after some back and forth, sitting in my driveway by then, but not wanting to come in yet, I proposed we meet up after all.  And so we did.  It was a warm but breezy evening, and we collected library codes in Kerrytown and talked.  It included sampling stuff at Zingermann's and Miss Eve, at the latter of which the bartender Nick was most lovely with us.  Turned out to be just the ticket.  Sort of a distraction, but more just an engaging in life.  At one point my companion said that some recent read asserted that people who interact with strangers are happier.  We were interacting with a lot of strangers, but as two people, which is different. I do talk to strangers.  I want to talk to them more than I do.  Some of them are not okay, however.  Sometimes how they are not okay is related to social justice issues.

Last night in bed I watched Breadtube and didn't care when I fell asleep.  I then dutifully slept way in today, with the chemicals that paralyze you for sleep having finally relaxed my legs to stillness, and them happily stuck there, sans pain, as I came to consciousness and got on the phone again, buying storage units in the latest silly phone game I've been playing.  Next to me was my remaining kitty cat, not my companion of last night, and I have a feeling my remaining kitty cat would have preferred it as it went down.

Funny, tho, that reminds me of how Mochi---ordinarily pretty skittish with strangers and slow to warm up to repeat visitors, and only a lap cat with me in her later years, and then only when it was clear she could get away whenever she wanted---seemed to sense when someone was passed out after, er, thorough sex, if you get my drift.  She then would sometimes, occasionally, climb up on the spent person's physiognomy and settle down.  Not that there were a whole buncha people along those lines or anything.  It's not like that.  But there's just enough evidence that I'm pretty sure she could tell.

Guess I can take my current juice bottle of needles I used to give her sub-cu fluids to the vet's for medical waste disposal.

I think they said you can put it in the trash if it's in thick plastic like this type of container, but somehow it seems better to get those needles with all the other needles and hazmatty medical waste, whatever happens to it.

Back to the office tomorrow.  The boss is still going to be out, but compared to last week, with power outage days off, database and application problems, and a job candidate coming through, plus the sick kitty, this should be a comparatively easy week, work-wise.  With the rest of today I'm going to not do any more yardwork, instead just making sure I finish laundering shorts, here at the precipice of August.  I may head over to the pool first, though.  Just to get out of the house.  Or even visit a further away library branch and then do the pool.  I dunno.

First things first, though:  stop making this post longer.  Then post a postcard.  Then look at the checklist for the day, and do only some of it. 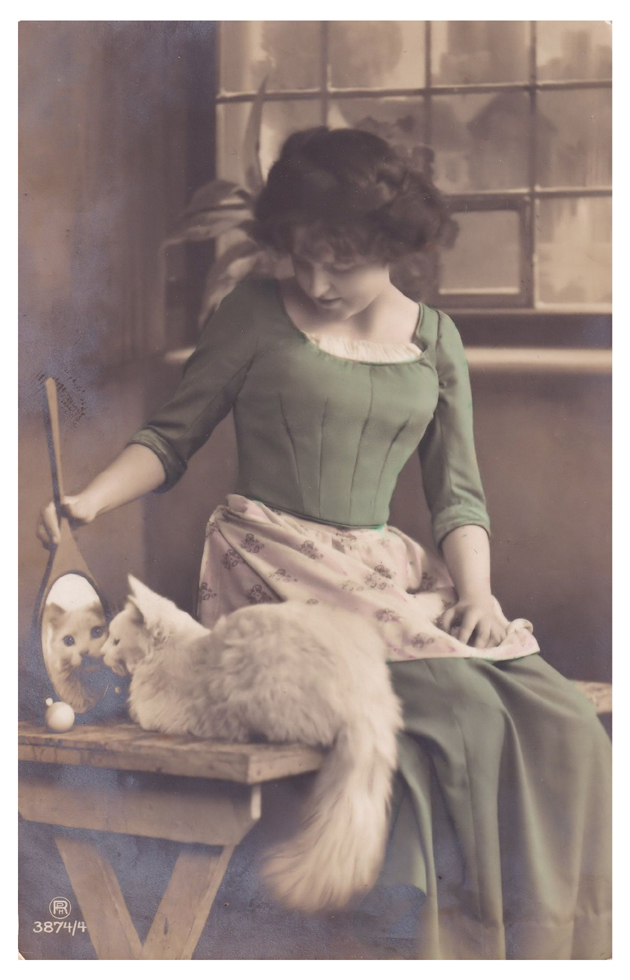