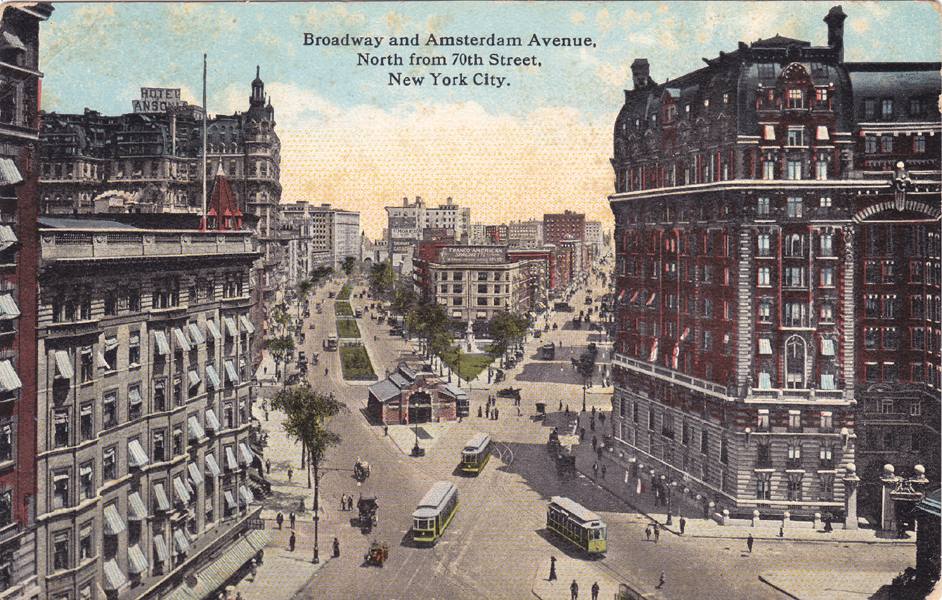 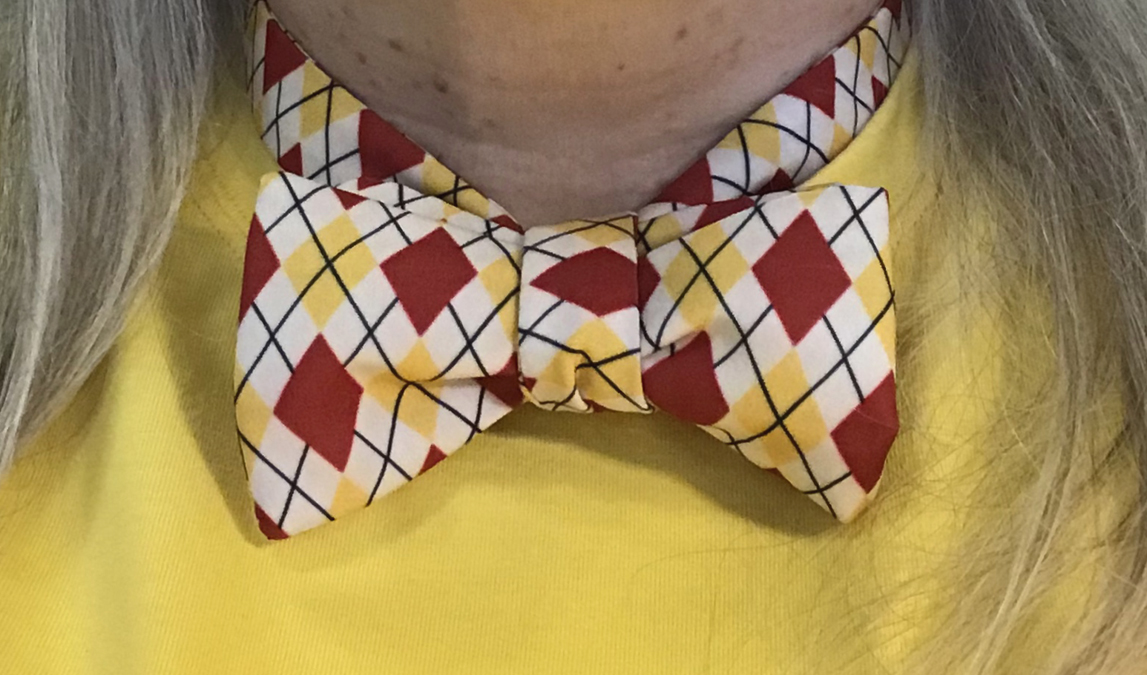 Hello from the waning hours of Bow Tie Tuesday.  I got this T-shirt to go with this tie.  :)  Perhaps you've heard that fat people shouldn't wear yellow.  This is one of many pieces of advice fat people get.  Thing is, you could follow every one of those pieces of advice and still be considered disgusting, so what's the point?

Back to work today after the Memorial Day holiday weekend, it felt like Monday.  I got some things done this weekend, including a major floor cleaning of part of the house, and new sheets.  And I bought food and cooked food.  I still have 10 of the 36 colors to go on my paint-by-numbers.  The last many I've done with my new headlamp on.

Last week I started listening to a podcast that was guested into some other podcast I was listening to.  It's called The Village.  It's a CBC (Canada) podcast, about the gay Village of Toronto and a serial killer there, and other murders there, and police raids, and stuff like that.  It really got me to thinking about back in the day, and my friend's father being stabbed to death by the guy he brought home, and my old roommate-to-be being robbed the next day by a guy he'd brought home, and the weird confrontational assault thing when the guy showed up again after that.  He became my roommate after that, and we had a rule that he wouldn't bring anybody home to our place that he hadn't known for at least 24 hours, but then he did it anyway, and tried to hide it, and when the lease was due I said nope, let's part.  Our friendship never recovered from that.

He'd been gay-bashed once leaving one of the unlabeled bars with a guy, and that guy he was with wanting to get a crowbar from his car and go back after the bashers, but my friend stumbled away, and my gf and I took him to the ER.  That was a piece of violence I thought of as anti-gay violence.  I hadn't thought that about the murderer, oddly, thinking that was something that happened to my friend's father (whom I'd met), not something that happened to him as a gay man.  But it was a lot like the murders in the podcast, except that his killer was caught, because (unbeknownst to the killer) (thank goodness) my friend was in the apartment (horribly), and she got out (thank goodness) and got the cops summoned, and they got there and busted him.

I dunno.  I looked to see what you can see online about the case, and it has that "homosexual murder" feel.  The police record includes how that night earlier he "went to the home of one of his homosexual acquaintances, viewed pornographic films, and drank wine" before coming home and going out again, and then picking up the murderer.

I have my own memories of the man, who was at once jovial and scary, and of the aftermath of his killing, which was a visceral experience, and surreal.  Of course it was mainly a living horror and legacy for my friend, and the end of her father's life.  It's strange to be thinking about that, and more broadly about what it was like to be queer then.  At the time I mostly thought about how far we'd come from 10 and 20 years and 30 years before that, and felt gratitude for the people whose courage during those times had made it easier, if not easy, for me to be queer.  To live queerly.

Maybe there's something about the way the community's political goals settled on things I thought were bogus goals--- marriage and being allowed in the military, so maybe I wasn't noticing progress so much in those first decades since.  So much of it was just overcoming the backlash around HIV.  I have to admit, the marriage thing probably did help us considerably in other ways, even if I still think there should be a full separation between loverness and the state.  And I've been really tickled and surprised that raw gender stuff has broken through on the justice front, and that the differences among gender identity, gendered presentation and sexual orientation are becoming somewhat mainstream ideas.  Heck, the whole notion of a continuum of gender and the binary-as-suspect, fluid thing--- I'd never have imagined.  Though I wouldn't have imagined gay marriage, either, truth be told.

I guess it's just interesting to think how far we've come, and weird to think about having been there during earlier fraught times for the homos, before and during the AIDS crisis, during which the lesbians and the gay men came back together, considerably, compared to how we were going before that.

In Toronto, riots after some violent police raids of bathhouses were their Stonewall, the podcast tells me.

Speaking of homos, that old friend from Kansas who'd gotten in touch over the other friend dying contacted me again, and spoke of what went down between us, and took responsibility for how she treated me.  And apologized.  She seems to get it completely, what was so not okay about it.  As if she can even see why I'd want to, need to, step away.  That was nice to hear.

And I now declare this enough queer typing for this Bow Tie Tuesday.
Collapse