The chilly edge inside is more subtle today.  Sure nuff, it's warmed up more than they'd been saying it would by now--- it's 2 positive degrees, two blocks from here.  I'm off to a good start in doings today, too.  Is it all the vitamins and minerals in my mix of breakfast cereals?  Could be.  Could very well be.  Cuz it could be anything, and nothing, and intention, and reactions.  We don't know shit.

Still haven't seen my little cat touch her feet to the new rug.  She will leap from the edge of it a good four feet to sit on the footstool.  Silly bugger.  :)

As more press outlets picked up on the arrest of the pathetic opera singer and the neurotic conductor, I had more and more to read last night.  And there were mug shots.  The cold snap, once source said, has closed the local courts, delaying their bail/extradition hearing; they have denim jackets on over their orange jumpsuits in the lockup pix.  Jail issue, I figure.  Their lawyer says the accuser is just resentful that he couldn't get as famous as the opera singer with his own singing, so he "waited eight years to complain about adult, consensual sex to ride the [hashtag]MeToo movement to unearned celebrity".  Cuz of course everybody wants celebrity, and the unearned kind is tawdry next to the I'm-hot-shit kind?  Well, turns out the cops found enough corroborating evidence from back in the day, despite how unlikely that seemed, to charge the two.  And the tale of the "adult, consensual sex", as our erstwhile conductor told it, involved Ambien, the drug that appears in the incident with another complaintant.  In the scenario as he told it, the victim saw each of them eating Ambien and asked for some, to somehow enhance their sexual experience.  I'm not entirely unfamiliar with the appeal of sleepy sex, but c'mon.  So much about their ways of defending themselves, even insofar as we've seen, stinks to high heaven.

At the one rehearsal I managed to attend half of with the accused still at the podium, he made a brief vague statement about how we should concentrate on the music, since music can help get us through hard times like these.  In an instant I swelled with resentment that he was insisting on making his hard time our hard time too.

I have access to a charitable sensibility toward even those selfish bastards whose evil-looking actions harm others.  But that becomes theoretical and philosophical, and works better from a distance, when the selfish harmers are still doing it, or still denying it.  Tho of course they would, right?  They're trapped.  They're trapped in a trap that is worse than having to deal with their being in the world.  This is something I want to remember.  Like, while also remembering I have options to distance myself from them, and otherwise face the reality of them with extra self-care.

Obviously I could impose some blog post coherence by connecting this idea to the way we have to deal with changes in the weather or other natural disasters that can suddenly diminish the ease of existence or even threaten us with great harm, but that wasn't in my head all along.  I was just talking about stuff I've been thinking while taking in the latest ex-chorus (now-apparently-finally-)ex-director news.

Now to post a postcard and get back to house stuff!  :D 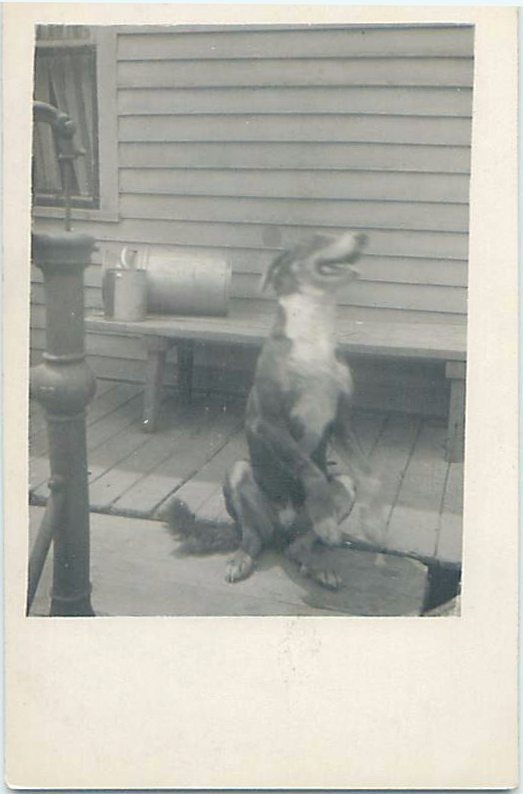