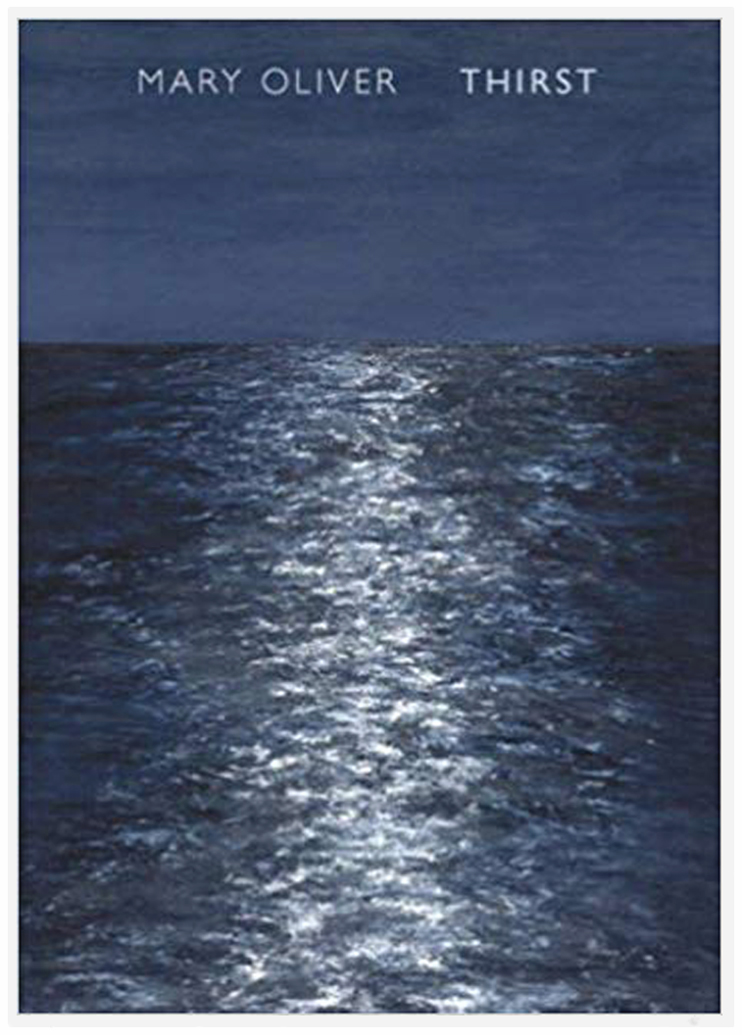 I don't have a cold after all, or rallied to whup it darned quick.

On the Trump front, last night a story broke that seemed like it might have revelations that could sink him.  Eventually.  Or not.  Speaking of, and speaking of Mary Oliver, let us now hear this, from her in a less nature and also not nurture moment:

We will be known as a culture that feared death
and adored power, that tried to vanquish insecurity
for the few and cared little for the penury of the
many. We will be known as a culture that taught
and rewarded the amassing of things, that spoke
little if at all about the quality of life for
people (other people), for dogs, for rivers. All
the world, in our eyes, they will say, was a
commodity. And they will say that this structure
was held together politically, which it was, and
they will say also that our politics was no more
that an apparatus to accommodate the feelings of
the heart, and that the heart, in those days,
was small, and hard, and full of meanness.

It is Friday afternoon; tonight and tomorrow are the chorus concerts I'm not in, cuzza wrong.  There's a movie about corporate musicals I could go see for an alternative.  Bathtubs over Broadway, it's called.  Maybe.  I have yet to get to the new seats at the Mich, so that too.

Sunday there's a talk at the library about cheese curds & China.  Can't say why, cuz I don't know, but that one sounds especially intriguing to me.

In another mundane civic offering happening, I've signed up for a weekly sewing class.  Says it meets every week over the course of 7 weeks but has 6 sessions.  That'll be somethin'.  As will the sewing machine fundamentals.

Later I will maybe show you my successfully train-smashed penny.  Stay tuned.


People are saying Mary Oliver was America's most popular poet.  Dunno about that, sounds plausible, how would you know, and what does that say anyway, but let's plunk here a much beloved one, more run through with the sorrow-filled light joy behind/under/pervading so much of her grief-courage clarity:


You do not have to be good.
You do not have to walk on your knees
For a hundred miles through the desert, repenting.
You only have to let the soft animal of your body
love what it loves.
Tell me about your despair, yours, and I will tell you mine.
Meanwhile the world goes on.
Meanwhile the sun and the clear pebbles of the rain
are moving across the landscapes,
over the prairies and the deep trees,
the mountains and the rivers.
Meanwhile the wild geese, high in the clean blue air,
are heading home again.
Whoever you are, no matter how lonely,
the world offers itself to your imagination,
calls to you like the wild geese, harsh and exciting —
over and over announcing your place
in the family of things.


And for a finish, if you are still with me, and can make it through many stanzas, then good for you, for this one, trust me, is worth it:

On Thy Wondrous Works I Will Meditate (Psalm 145)

1.
All day up and down the shore the
fine points of the waves keep on
tapping whatever is there: scatter of broken
clams, empty jingles, old
oyster shells thick and castellated that held
once the pale jewel of their bodies, such sweet

tongue and juice. And who do you
think you are sauntering along
five feet up in the air, the ocean a blue fire
around your ankles, the sun
on your face on your shoulders its golden mouth whispering
(so it seems) you! you! you!

2.
Now the afternoon wind
all frill and no apparent purpose
takes her cloud-shaped
hand and touches every one of the
waves so that rapidly
they stir the wings of the eiders they blur

the boats on their moorings; not even the rocks
black and blunt interrupt the waves on their
way to the shore and one last swimmer (is it you?) rides
their salty infoldings and outfoldings until,
peaked, their blue sides heaving, they pause; and God
whistles them back; and you glide safely to shore.

3.
One morning
a hundred pink and cylindrical
squid lay beached their lacy faces,
their gnarls of dimples and ropy tentacles
limp and powerless; as I watched
the big gulls went down upon

this sweetest trash rolling
like the arms of babies through the
swash—in a feathered dash,
a snarl of delight the beaks fell
grabbing and snapping; then was left
only the empty beach, the birds floating back over the waves.

4.
How many mysteries have you seen in your
lifetime? How many nets pulled
full over the boat’s side, each silver body
ready or not falling into
submission? How many roses in early summer
uncurling above the pale sands then

falling back in unfathomable
willingness? And what can you say? Glory
to the rose and the leaf, to the seed, to the
silver fish. Glory to time and the wild fields,
and to joy. And to grief’s shock and torpor, its near swoon.

5.
So it is not hard to understand
where God’s body is, it is
everywhere and everything; shore and the vast
fields of water, the accidental and the intended
over here, over there. And I bow down
participate and attentive

it is so dense and apparent. And all the same I am still
unsatisfied. Standing
here, now, I am thinking
not of His thick wrists and His blue
shoulders but, still, of Him. Where, do you suppose, is His
page and wonderful mind?

6.
I would be good—oh, I would be upright and good.
To what purpose? To be shining not
sinful, not wringing out of the hours
petulance, heaviness, ashes. To what purpose?
Hope of heaven? Not that. But to enter
the other kingdom: grace, and imagination,

and the multiple sympathies: to be as a leaf, a rose,
a dolphin, a wave rising
slowly then briskly out of the darkness to touch
the limpid air, to be God’s mind’s
servant, loving with the body’s sweet mouth—its kisses, its words—
everything.

7.
I know a man of such
mildness and kindness it is trying to
change my life. He does not
preach, teach, but simply is. It is
astonishing, for he is Christ’s ambassador
truly, by rule and act. But, more,

he is kind with the sort of kindness that shines
out, but is resolute, not fooled. He has
eaten the dark hours and could also, I think,
soldier for God, riding out
under the storm clouds, against the world’s pride and unkindness,
with both unassailable sweetness, and tempering word.

8.
Every morning I want to kneel down on the golden
cloth of the sand and say
some kind of musical thanks for
the world that is happening again—another day—
from the shawl of wind coming out of the
west to the firm green

flesh of the melon lately sliced open and
eaten, its chill and ample body
flavored with mercy. I want
to be worthy—of what? Glory? Yes, unimaginable glory.
O Lord of melons, of mercy, though I am
not ready, nor worthy, I am climbing toward you.