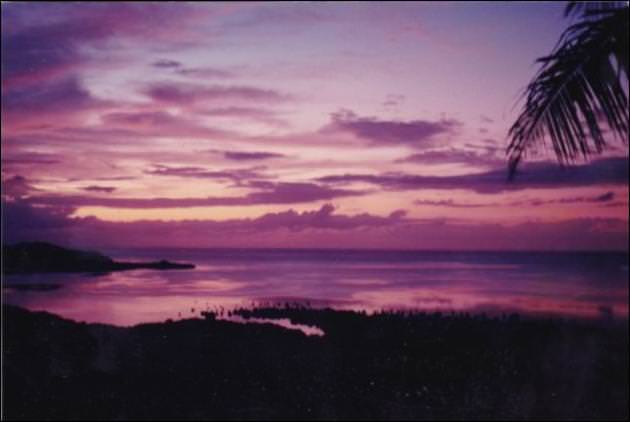 I mean, I may not.  If I don't do it soon, I'll get another wind, and be up a while.  But I sure do feel like I could sleep just now.  For an hour, anyway, and then wake up with pain and toss and turn 'til dawn.

It's a Saturday.  Bert came over and helped me get that storm window frame in place.  Turns out it was heavy with all the glass in and the height it had to be hefted to, on a corner of my place where the footing is precarious too.  Plus I had it backwards in my head which way it went, and that may the whole she-bang a lot trickier.  But it's done.  Tomorrow I may rake some leaves to places other than where they are.  Or not.

Yesterday was the office party.  I was mostly looking forward to a reason to wear my new bow tie, which has spirals and seems sorta holiday-like: 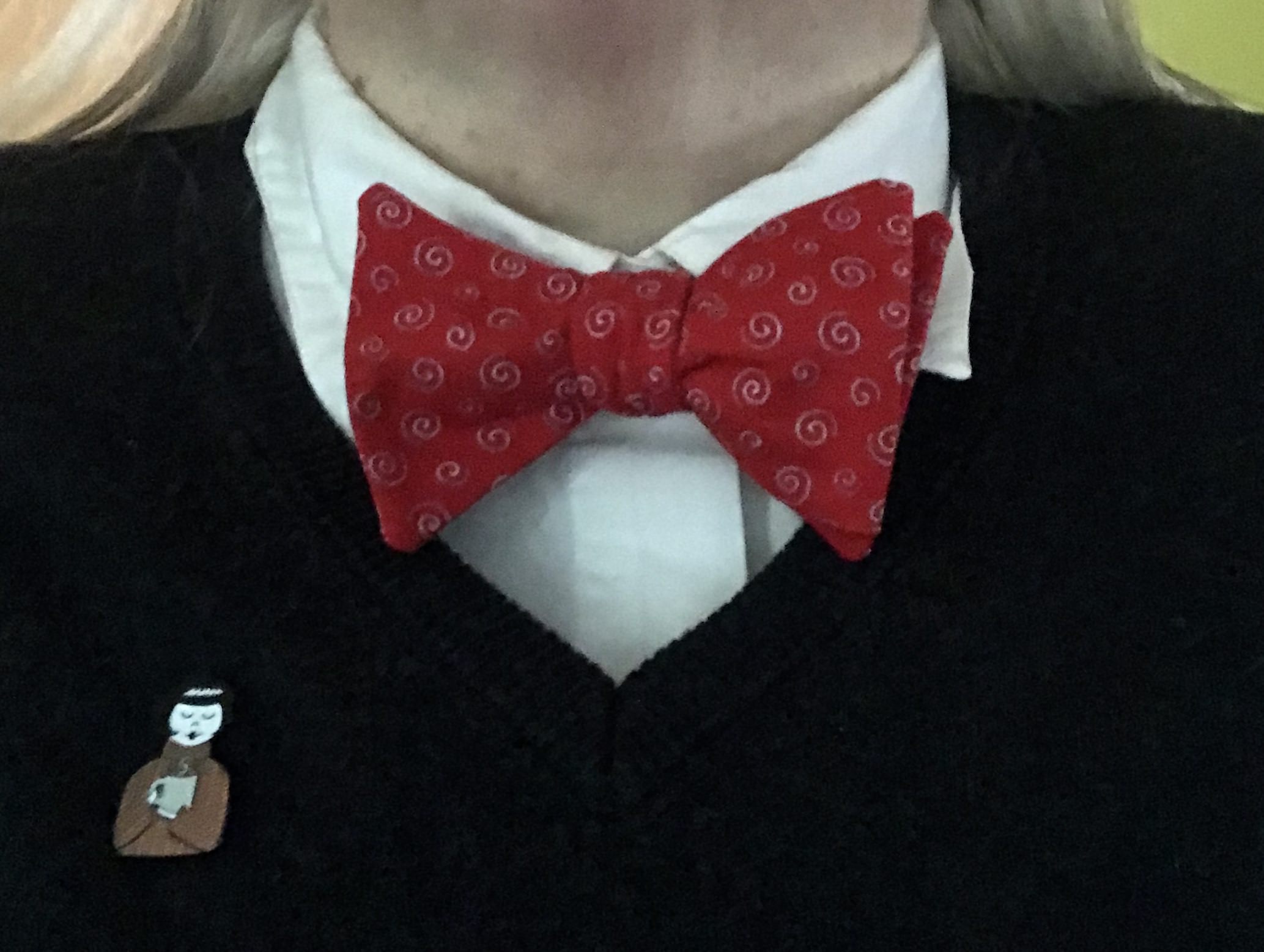 That shirt's not my good dress shirt.  It's my shirt with french cuffs.  Or blouse, you could say, as it's gender-designated as for females.  The sleeves are a little short and the cuffs are a little tight, but when I found the candlestick holder on which I keep my cufflinks, I figured that was a sign to go ahead and wear them.  French cuffs are cooler than bow ties, if you ask me.  It feels cool to be getting them linked up and having them at the ends of my arms.  I'd like to get a french cuff shirt that fits really well.

The office party itself was sorta sad.  But a few of us did stick around to play some games--- Bananagrams and the one on Tracy's phone, Celebrity Somethin'.  When the games were starting, Georgia told me she doesn't like games.  She doesn't see the point in them.  Like you should/could be washing dishes or something instead.  I said something about the social factor, and the games as a MacGuffin for that.  But I've been thinking of it off and on since a fair bit.  There are a lot of points to games.  To challenge yourself to figure out something on the fly; to do something different, get your cogs turning some fresh way; to see how other people play a game and broaden your mind that way but also learn aobut them; and the best reason of all, if you're a kid or a kid at heart, for anything:  to have fun.

Knowing how to have fun and wanting to have fun and finding ways to have fun and having fun are un-fun-ly challenging sometimes.  Fun can be elusive.  It's even hard to enjoy the goal of fun being realized sometimes, when the company one's in isn't into fun, or doesn't share that goal, or there are so many other goals and needs and desires and insistences and psychological foibles blowing around in the air.

Maybe I'll get a T-shirt that sez "Might be fun."  It could say it upside-down, so it's reminding me, vs. saying something to others.

It could be a whole T-shirt line.  The curmudgeonly ones would say stuff like "Don't listen to this guy; he's an asshole."  Followed maybe by "But let's not stick around here while he figures out how to read upside-down."  :)

But if something gets your T-shirt beaten up, it probably gets you beaten up too.  Hmmm....
Collapse