I declared myself done with the yardwork after I finished the tree cuttings and filled up the rest of the bag and bin with leaves.  Coulda done more leaves, or gone out back & worked more on what's back there, but this was enough.  I still have other chores to get to, after all.  Plus I deserve a break.  And I have enough laid out for the compost truck that the hefters might already be annoyed with the pickup as is.  Here's a shot of "done", plus a coupla Prisma-ed versions that sorta make it look like I live out on the prairie somewhere. 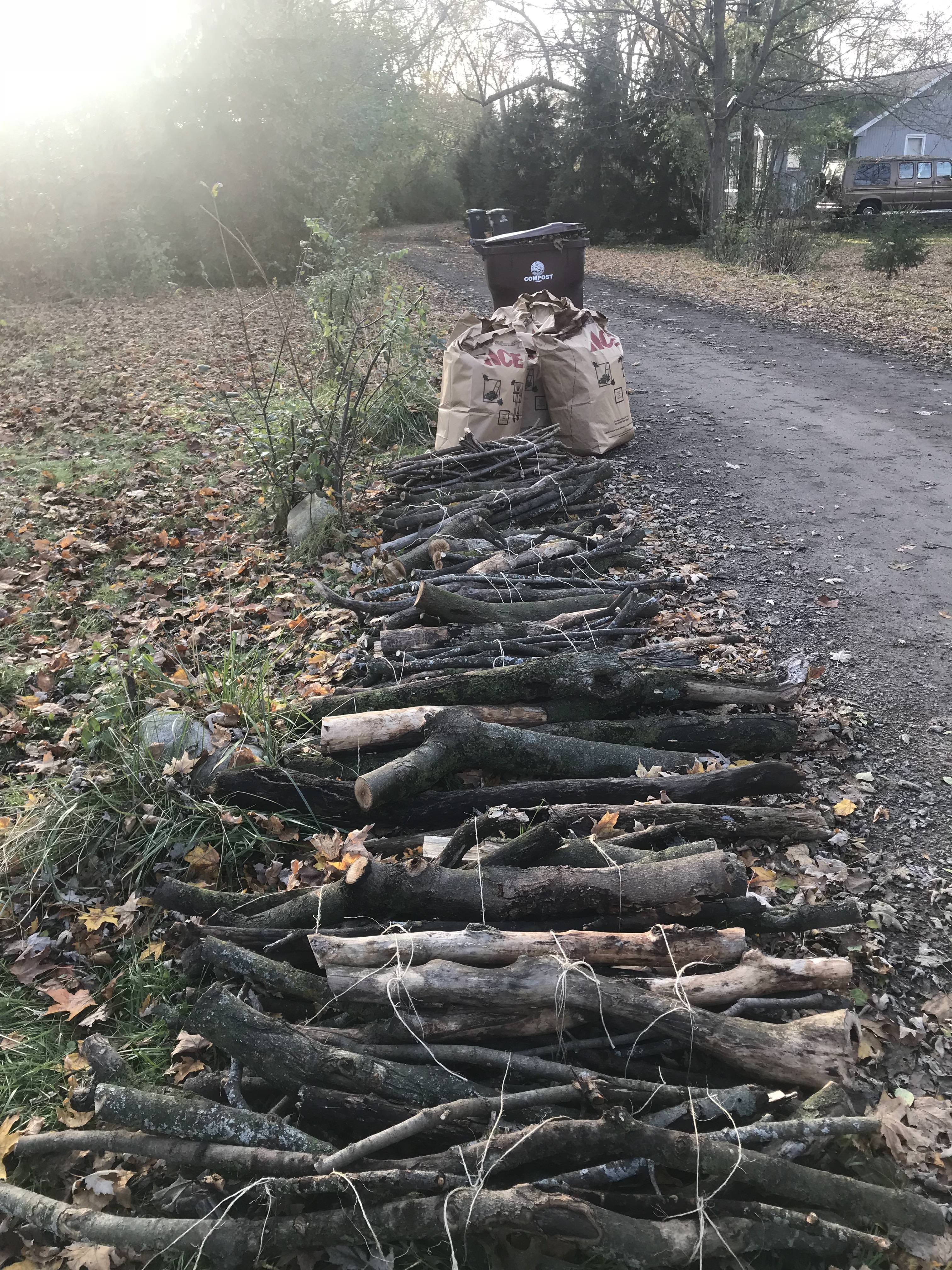 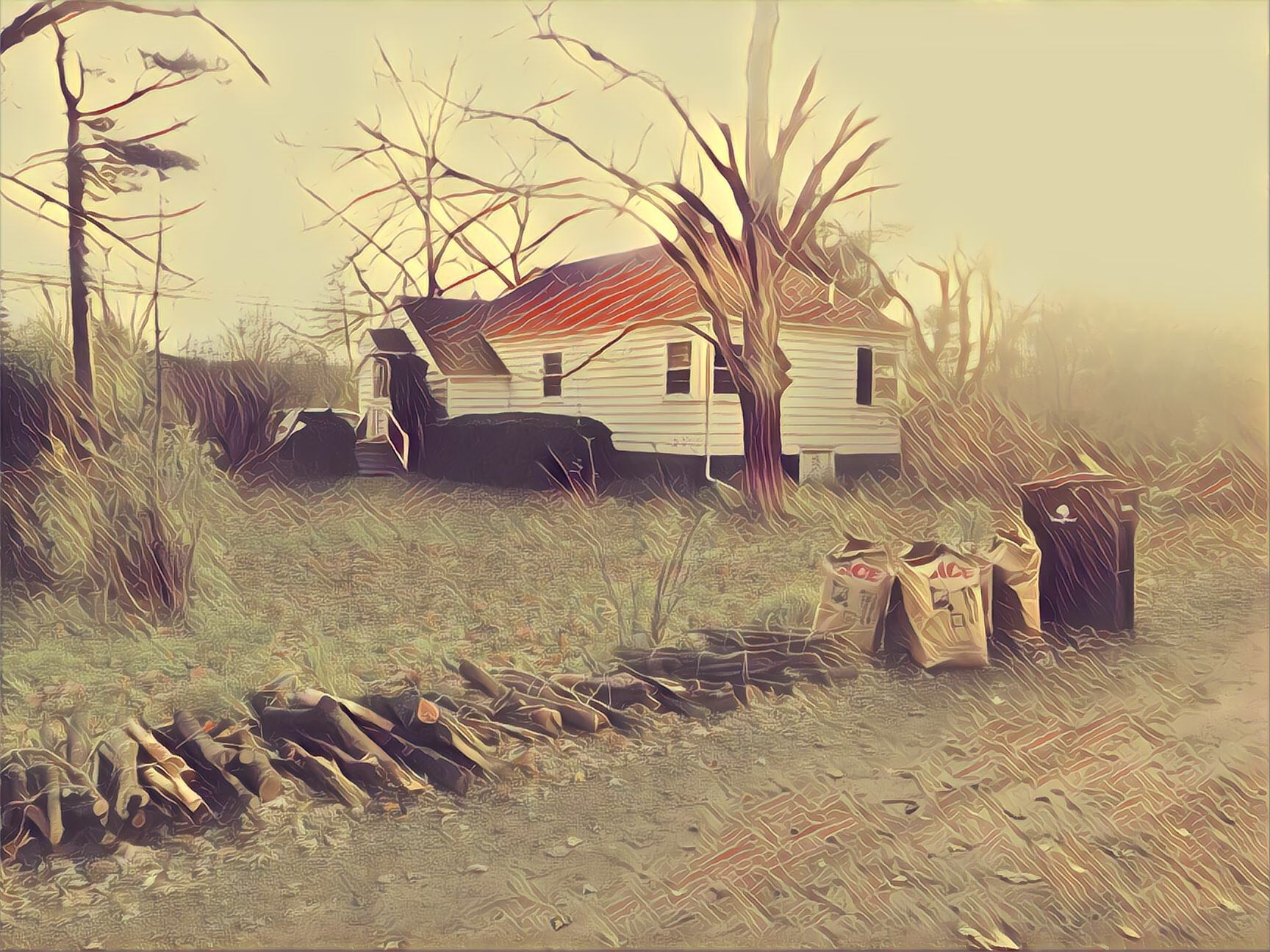 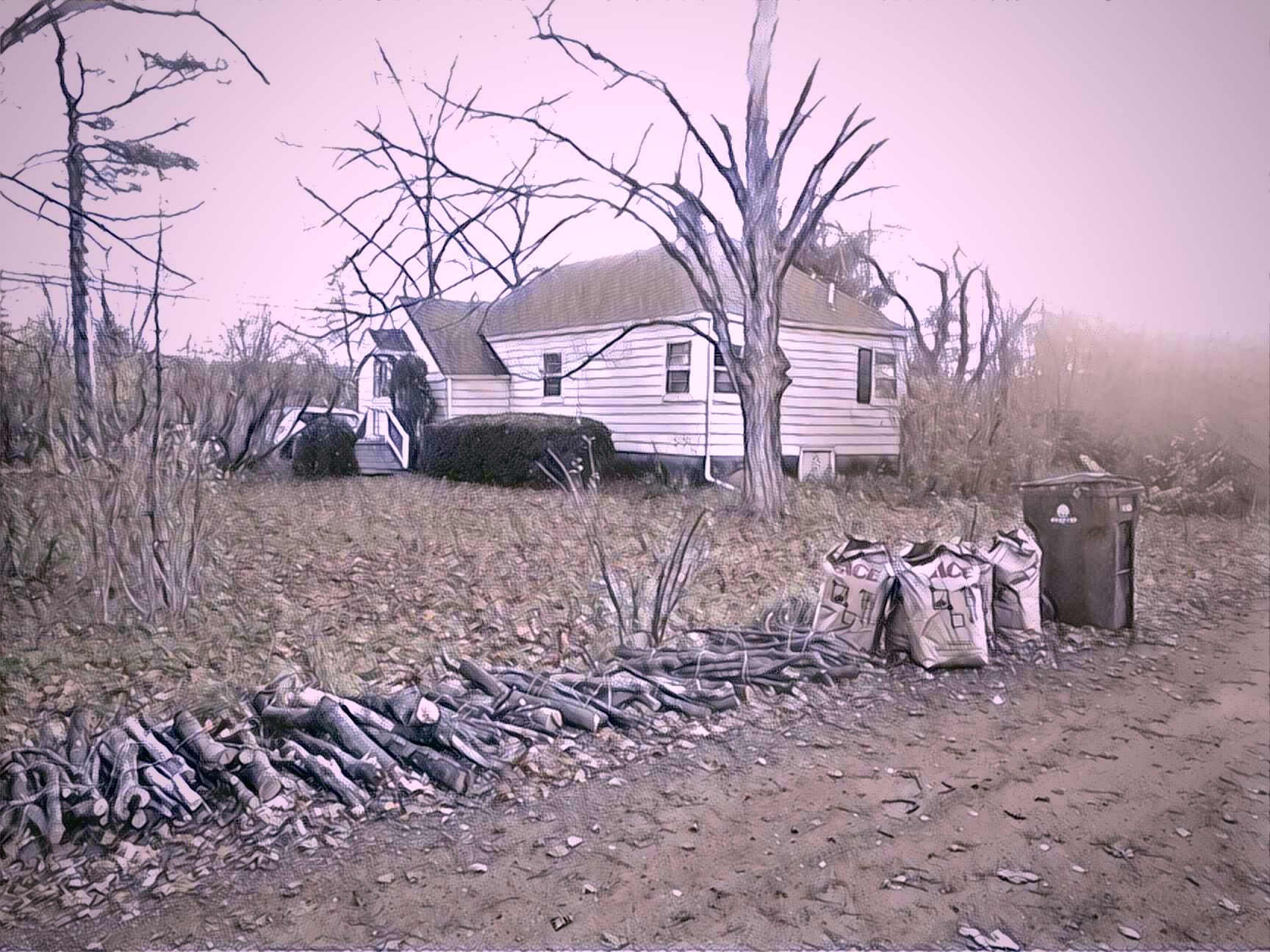 Except that there wouldn't be compost pick-up out there.  And I'd be, like, using the lumber to expand the barn, or the house, for more room, what with more children coming.

Prisma has fewer variations it'll give you on yer photo, now that it has an optional paid version.

I think I'm more spent than I thought I was. Will have to rally for the rest of the trash/recycling, and getting fluids in the cat.  Fortunately I have some options for an e-z dinner.

Manny was unusually cooperative with claw cutting today.  I rewarded him with catnip.  He's sleeping it off now, and it looks like a good idea to me.

There was a cat in the movie last night, Can You Forgive Me?, that I spent much of the film bracing myself for something bad to happen to.  I also didn't know there was alcoholism in the film, or "hard drinking," if you prefer.  The character of the drunk gay friend reminded me of my now-dead friend Tommy Thompson.  He sure helped jump some of us into a sort of drug-and-drink haze of DC queerness in my 20s.  He seemed so fun.  Then, as time went by, he seemed more caustic and hostile, and less and less present with broader realities.  Toward the end he'd write me long kvetching letters that also seemed funny, until they didn't.  In one I remember he said something about AA and how of course he wasn't going to do that on account of not wanting to associate himself with those (something like) pathetic losers in church basements.

I just had a brilliant idea which has distracted me from this subject, however:  I will take off the bra!  And put on that sweatshirt over there!!  It will be glorious.  I am a genius.  What's so strange when you know that you're at wizard at 4:57?  I say that this was meant to be.
Collapse