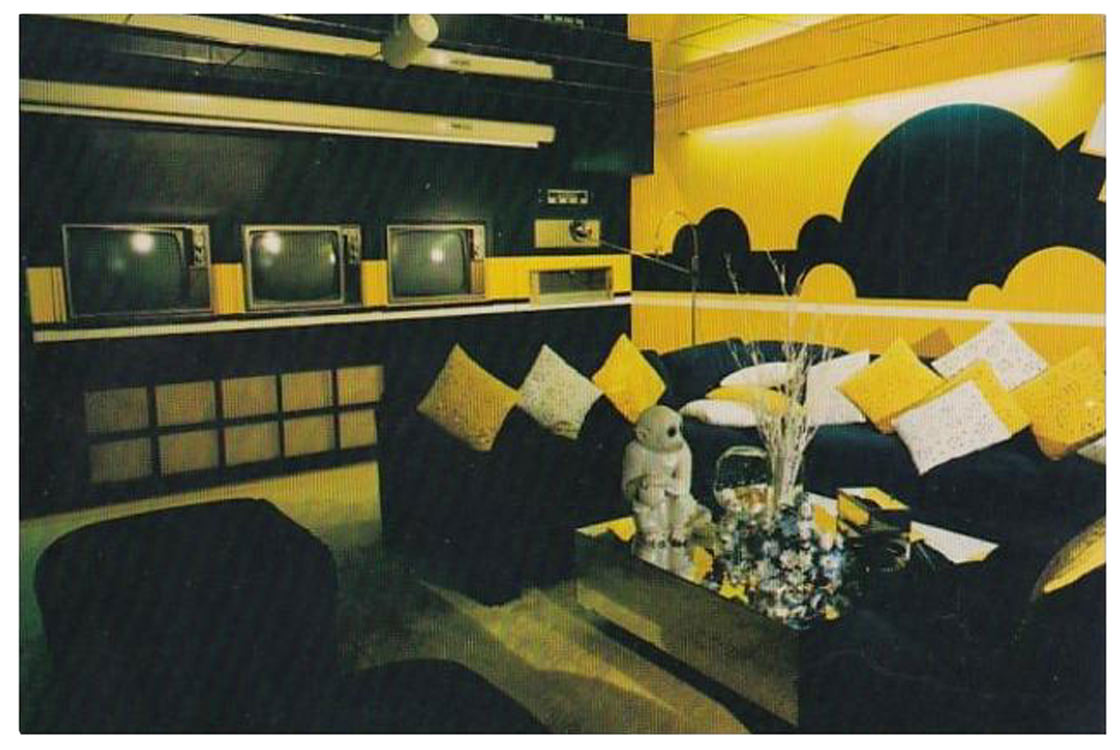 Whose TV room was this, do y'know or can y'guess?

Back to work today, and back, right now, to hearing about the latest about the Brett Kavanaugh nomination.

The weekend was a marathon of old movies at the old movie theater, after trying to catch the beginning of a birthday party on the way, and oddly not being able to see the birthday girl.  The movies were another noir festival.  Complete with a few good individual convos with the sorta famous host of the party.  I don't think there was a single film this year that tickled me as much as last year's Cry Danger, with its trailer park and laughs.  Maybe the midnight screening of Taxi Driver, which I'd not seen before, was the most intense.  I'd had to rally myself to stay to see it, and not just cuz it'd be the middle of the night before I got home.  Also of note, for me, were the Barbara Stanwyck closer, No Man of Her Own, and following the face & voice of the woman who turned out to be one Tina Carver, in Inside Detroit.  Young Burt Lancaster and the rest of the gang in I Walk Alone -- that was memorable, in its more mainstream Hollywood ways.

I thought I might not get the festival pass (all of $30, or $4.29 per film), just dip in for the last double feature, but then it just hit me that I wanted to.  And so I did.  No dog to walk or have to get walked.  The much longer mooring, or w/e the time version might be, metaphorically.

I had another tree branch fall.  Talked to the tree guy down the street, who's gonna come look at it and the other tree work I need to have done.  Hope I can get him to take care of it all for a price we're both happy with.

Meanwhile, I've been getting such a run-around trying to get set up to get CPAP supplies from a new supplier. I'm seeking a new supplier because of bad run-around experiences with the one I'd been putting up with for years.  It wouldn't be nearly such a hassle if I could just go to one of the "black market" suppliers, and do it off-insurance, but I've met my huge deductible for this year, and it's better anyway to go through insurance in case some mega-costly medical thing comes up, so all I've spent will count toward my out-of-pocket annual maximum.  But GEEEZUSS what a pain in the ass.  It shouldn't be anywhere near so complicated as it is.  "This is some bullshit," my thoughts say, in a funny accent.  I didn't do any more to deal with it today, but I need to, tomorrow or the next day or somethin'.  Soon as i can stand to waste some more time toward it and stand the additional frustration I no doubt have coming.
Collapse