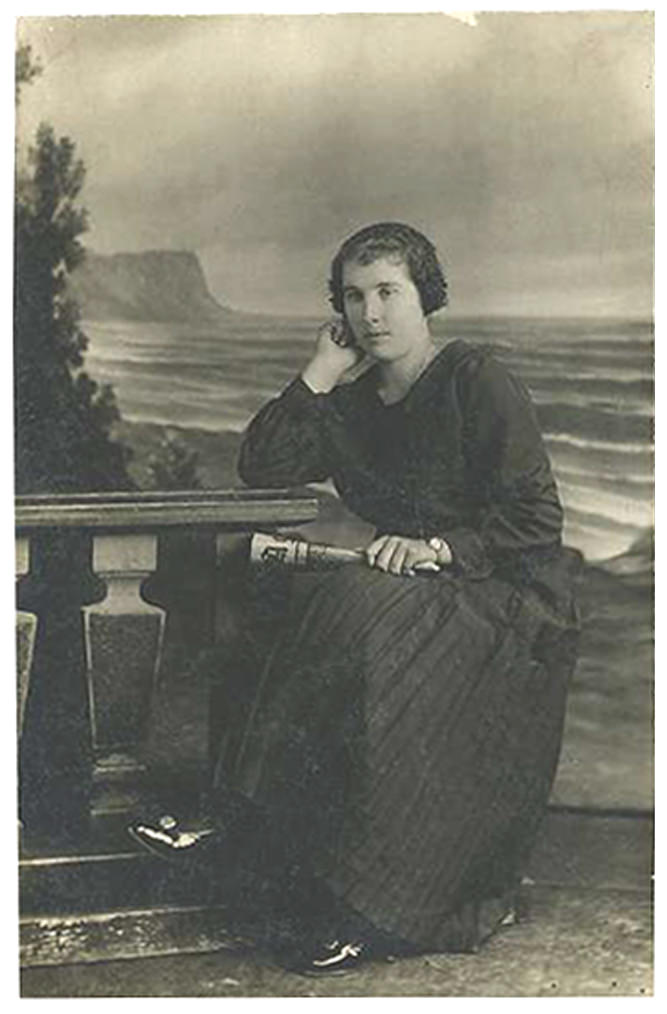 At today's meeting of Socks without Partners, we had two hook-ups.  Here's hoping the new pairs get along well.  Pictured below are the lucky finders of someone new to go with, who are already now cozying up to each other in the pile of paired stockin's waiting on my bed before hitting the drawer sometime this evening.  (Yes, Virginia, there are some times a plural ends in 's.) 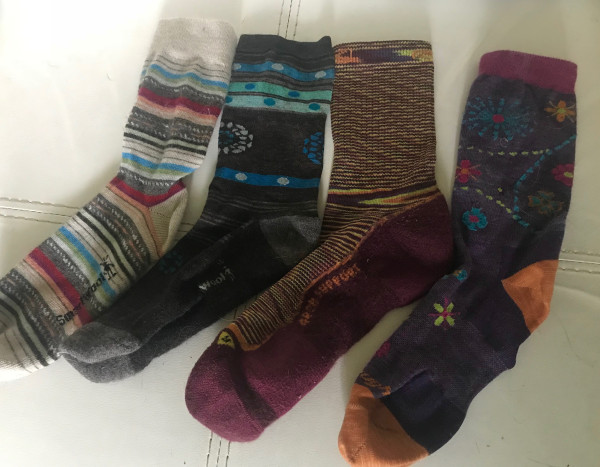 So which sock ended up with which sock, you ask?  Let's call these socks A, B, C and D, left to right.

You perhaps think B and D might be a good match, what with their having round things and sorta floral stuff going on.  That'd be a good point.  Plus they're not incompatible in the color dept.  And, most of all, they aren't exactly smooth, with that pattern stitching of theirs.  Turned inside-out, they have a little something going on that neither of the other two do at all.

What you don't know, though, is that A's partner has died completely.  Laundry accident, wear-and-tear, I dunno--- but we had the funeral not too long ago.  (We do everything we can at my place to keep a sock going, but sometimes they're beyond all hope, and it's time to let go.)  The others---B, C & D---have all been left by their original matches.  It happens.  Sometimes you never know why or how, but before long you figure out, yeah, it's happened, and you need to accept that, and then it's about what comes next.

D's partner's not been gone long at all; I suspect it's not a serious dalliance, and that wanderer will be coming back to D any time now.  D's partner may just be hiding under the bed, for that matter, rather than rolling around a washer tumbler with some other free-and-easy friend, on its own or having snuck away from its hiterto pal.  C's partner's been missing for a good while, and it's a shame, cuz none of my other socks have that combo of padding on the bottom and thinness/elasticity on top.  Not to mention that C's pretty distinctive, and isn't going to be finding anybody with that particular kind of joie de vivre, so a really smooth new match for C is kinda unlikely.  Finally, B's partner--- well, I have no idea, but I think B needs to face that that sucker ain't comin' back.  It's been a LOONNNNNGG time.  I can't even remember what B's partner was like (apart from B).  I've come to think of B as single, right off, whenever we run into each other.  Like, really single.  Like me-single.  We never talk about it, but it's in the air.

So my thought was that A and B could be in this for the long haul.  And they are compatible in more than one flavor.  Color.  Texture--- not too far off.  Length, elacticity.  Y'know.  I could be cool with having one on each foot at any given time.  Plus, when I nudged A&B up next to each other, neither of them made the slightest move to pull away.  Look at 'em up there--- I think they were even leaning into each other when we took the picture, yeah?  Then C, well, C may have its partner come back or not (to tell you the truth, C seems quite fine with the idea of never seeing its old match again) (I mean, is that really a surprise, with a sock that jazzy?  I think not), and D is probably going to see D2 again before long, and, knowing them, I suspect they'll get back together.  But in the meantime, D has a pretty flashy, fun spirit too.  So I encouraged them to hook up.  And it looks like it's gonna take, at least for a little while.

Tonight I'll bundle them gently together, possibly in some special variation on the Marie Kondo fold (see here from when I first started using it:

) so that somehow you can see a little of each member of the odd couples, in their new lives together.
Here's to each of the new duos enjoying each other's proximity and warmth; not minding getting little bits of each other's threads intertwined with their own; and feeling free to do the sock equivalent, whatever it is, of farting in each other's presence, while they go some distance down the road of getting old, together!

This concludes today's report on the latest meeting of Socks without Partners.
Collapse