It was spontaneous.  I'd gone into the kitchen to find a reason to boil water cuz it's chilly in here and got a notion.  So while that water boiled, I made pancakes, topped, studded, and embedded with blackberries.  "Three ways" is what they might call doing that on some cooking competition TV show.  They wouldn't call it Variations on a Theme with Maple Syrup, but that was what it was, too.  Yeah, I'm an indulgent not-poor person, and I had fresh berries and real syrup, unlike with the pancakes of my youth.

This was after Noir Alley.  But I came back to the TV to eat 'em, with an episode of "Insecure", and after I set the plate aside a cat climbed onto me (see aforementioned chilliness), and next thing I knew the credits were rolling and a lightbulb went off and I said "Oh shit!" and made the cat get up in a hurry, in a way I usually don't.  Usually I stir a little and then maybe a little more and let it be the cat's idea.  Years of the lessons of codependency still pay off in interspecies relations sometimes.  Anyway, the "oh shit" was that the whole wheat macaroni had been boiling for at least 25 minutes.

Happily, not only did the big pot survive (the bottom will need to soak) but the macaroni, tho far from al dente, retained its shape and will be smooshily edible.  I know, cuz I stirred some cheese and minced onion into a few spoonfuls, just to try it out.

I've also done the dishes and given the (other) cat fluids and I'm going to go ahead and take care of the trash stuff now, as serious rain's a-comin' later today.  I might finish trimming the literal hedge out front (figurative hedges are fine), and I'll cram a little more compost in the bin either way.  Then it'll be a little indoor cleaning and straightening up, alternating with periods of Sunday chillin' out.  All this after I post a postcard for today and put on clothing that'll work better outside than these pjs pants, sweatshirt and socks.

This is the first chilly patch o' days we've had since Spring.  I'm lovin' it.

Somehow the chorus leadership STILL hasn't emailed us to let us know whether the director tomorrow night will be the maybe-rapist/-rape-collaborator/accessory.  Surely they know by now.  WTF.

I think I might paint the kitchen and its cabinets pink & white before I paint the last living room wall (very pale lavender).  'Tis the season to take some time off work, even, to work around the house. 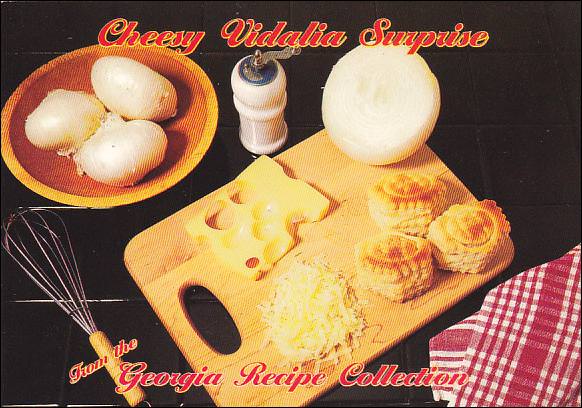 I worked up a sweat in the yard, and am in now, shirtless, and starting to cool down.  Compost bin's out, along with the trash.  Mowed the shaggy edge of the yard.  Did a lot of the hedge and a little more out back, plus cut up and dealt with several branches that came down yesterday.  The wind's a-pickin' up now.  Might lose some more tonight.

Shall I eat a painkiller?  I'm sore.  Usually I save them for trying to sleep.  Tonight as I set out to sleep I'll probably be sore and worried, even apart from the news I'm still waiting for on whether that guy is still going to be conducting the chorus tomorrow night (opening night, known as "Returning Members" night).  I feel silly even holding out hope that they'll invoke the contingency plan they have in place but set up for if more victims come forward (and it gets out in the news) (or whatever other thing might happen, like he leaves town, or gets convicted [unlikely], or I-dunno).  Are they going to wait until 2 hours before rehearsal to tell us?

Anyway, the thing I'm worrying about besides that is that I caught my beloved lovey cat drinking a lot of water this afternoon.  He'd apparently drunk a good bit, and then he drank a good bit more, and very fast.  The littler box was pretty full of fluid, but I'm not sure when I last scooped it; my schedule's been off this week.  I think I was due to do it yesterday, so that could explain that.  Anyway, it's not off-to-the-emergency-vet pet concern news, and this cat did have bloodwork just a few months ago (slightly high kidney numbers, but okay), so it may not be anything.  And I don't think he's drunk anything again in the past coupla hours.  But at the very least I'll be keeping an eye on him, and if I see any such evidence again, it'll be off to the not-emergency vet.

Now, some art, in the form of a picture of my right breast.

Did I make you look?  I made it not a dirty picture by cropping it to a close-up, turning it B&W, and applying a photo manipulation technique, courtesy Prisma.  I was hoping it would look more like the surface of the moon, or some other such space rock.  Speaking of rocks in space, the NASA/JPL asteroid-belt-exploring probe called Dawn is going to end its mission soon, parking in orbit around Ceres or Vesta, I forget which, and remaining there indefinitely after its hydrazine runs out and it's considered dead.  I took the boob pic because that vein on the surface is new, or newly more prominent.  I thought some photo filtering option would make the regularly spaced pores seem like those marks on old lunar surface shots, but not crosshairs, just dots.  This is pretty cool, though, for an old lady boob surface.

The left boob doesn't have a prominent vein.  Yet.

Even without having breastfed any kids, my experience of my breasts has changed over the years.  We have had a mutli-faceted relationship.

It hasn't started raining yet, but Lu's windchimes are goin' to town.  It's cold enough I should close the door, and I suspect the cats would really like me to, but I like hearing---loud & clear through the screen door screen---the 6 pentatonic tuning D scale notes in the "mezzo" range (hear it and its cousins here---it's fun).  And the crisp air is still a delightful novelty.
Collapse