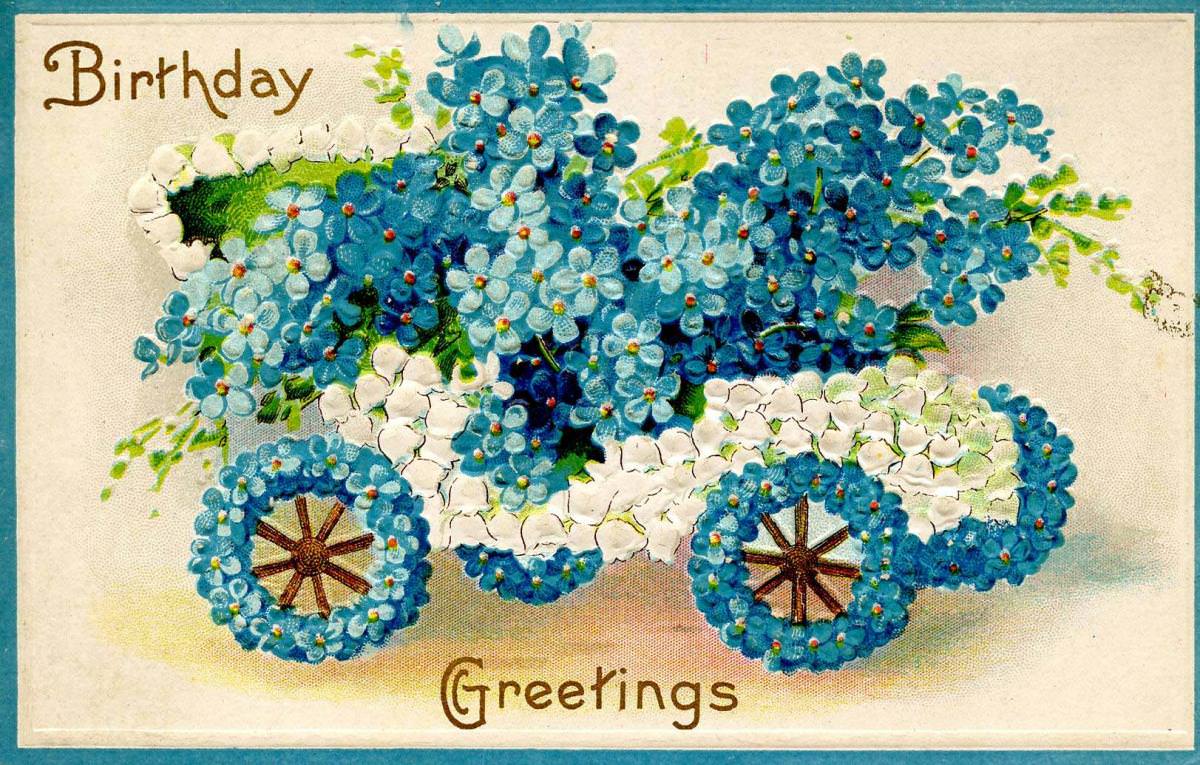 I cut the wisteria back offa the roof and finished filling the compost bin, when it was still maybe 85°F.  The sun was in my face at the top of the ladder, but there was a nice 3-foot shady strip I could stand in to cut up things and stuff 'em in one of my old rubber(?) compost trash cans for hauling out front, to dump on top of the stuff I cut up toward the beginning of the week.  I've filled the compost thing every week this summer, and I've still made pitifully little progress in the jungle out back.  And the deck's rotting in more places than it was before.  There's other deterioration to face, every time I go back there.  Oh for the money to have professionals cut it all down, take out the old deck, build a new deck, put in some kind of turf, and construct a fence.  And then when I got me a doggie she could just go out back sometimes.

That's only one fantasy of having more money.  But it's one I have right now.  Some of it I really couldn't do myself.  A lot of it, really.  So I don't really know what the point of me trying to clear out what I can clear out, hour after hour, except maybe that it's good to get stuff down from growing up the roof that was new last year.  And now if I need to or want to I could probably enter and exit the house by the back door, which I think will now open.  Not sure.  Haven't tried yet.  But it doesn't have jungle right outside it any more.

So in a little bit I'm gonna go to the movies and then maybe go to a political rally in Ypsi, or maybe go to swim.  I think there might be a lot of standing to get in to the rally.  Swimming has the edge right now.  The movie is The Big Lebowski, which I haven't seen since it came out.  It's making appearances at cinemas today and Wednesday, as part of a 20th-anniversary tour.  When I saw it, I was a member of something called Cinema Sundays, at the Charles, in Baltimore, when it was still just one screen and kinda grungy.  It seems like that was a lot longer ago than 20 years ago.  I'm pretty sure it was for that film that my ex's mother was in town, and she had a grand time, being one of the people who asked questions after the film.  It was a Sunday morning series, getting films that hadn't come out yet or were otherwise special-seeming.  And there were bagels, and cream cheese, and I think lox, too---could that be true?  There were definitely lots of Jewish people.  It was great.  One time Jerry Stiller and Anne Meara came to talk about something they were screening and talking about their son in his early days in the industry.  The club's still going, sez the internet.

Speaking of 20th anniversaries, here's an embarrassing confession, before I head out for the film:  I've been watching Big Brother this year, which is in its 20h season.  I've seen 1 or 2 "regular" seasons of it and 1 "celebrity" season.  Outta curiosity I went back to see what the first season was like.  Unfortunately it has something like 75 episodes--- it was on every night.  And it was way different, and had cheesy music that felt like the '80s, and had pseudo-science and faux concerns for the participants' mental health, and a lot of "world wide web" novelty.  And more chores and unpleasantry for the houseguests.  And they called what they call "eviction" now "banishment".  And "America" voted, via a 900 number (that's a number you had to pay to call), for who would be sent packing, after everyone nominated two people.  And in the middle they brought a pug into the house.  A pug who liked to eat Taco Bell tacos in the real world.  And the sexism was worse.  This much I've noticed from sampling parts of every third or fourth episode of it.

Big Brother often makes me think of Chris Wms, my former coworker, who was disappointed not to be chosen for the show.  I bet he sent them a helluvan audition tape.

I wish they'd have Big Brother with fat old people.  All fat old people, and more of them of color than not.  Okay maybe there could be one token young person and one token not-fat person.

Time to head to the air-conditioning.  Later, people.

The Big Lebowski had technical problems, sort of the nowaday equiv of the film breaking and a good chunk of the middle of it burning up or getting lost in the splice, but not being able to figure that out without watching 5 minutes beyond the gap and then going back to 10 minutes before the break and watching up to the break again.  In other words, refund and exit air conditioning, earlier than planned.

I drove out to the hotel hosting the politcal rally, which is free, and turned around when I saw the hotel is getting $5 a car for parking.  F that.  Then I drove by the new hand-pulled noodle place, but it was too hot to be hungry again after eating popcorn.  And it's kinda too hot for swimming still.  I mean, I'll feel better once I get in, unless something glitchy happens to put the kaibosh on that too.  Meanwhile I've stopped at the library to suck up an hour of free a/c and then get suited up and ready for the pool.

Really oughta stop at the store tonight.  I got the trash out when I went home for the swimming stuff.  Still strange, being able to go home, bop in for something, and go right back out again.  The cats don't care.  The cats haven't been dying to see me and to get outside to pee and to hang out cuz YAY YOU'RE HOME.  Tho usually at least one greets me.  That's probably left over from the pre-dog days, when (more out of a being-picked-up training than a door-greeting one) I accustomed them, new to the household, to having an interaction with me as soon as I arrived back at the house (or right after I, like, put groceries away).

I so don't want to go walk down aisles tonight just so I can have yogurt tomorrow.  I don't really need to have yogurt tomorrow.  Or to start the week with a variety of foodstuffs to make a variety of more-or-less balanced meals with.  I have, like, a dozen snap peas left.  And I dunno.  Some frozen something, surely.  There's no chorus tomorrow night.  I can go get yogurt then.

Why I am subjecting you all to this stream-of-consciousness?  It was the next thing that occurred to me to do when I realized that it probably wasn't the first computer I was assigned to here that had broken audio but these cheap-ass earbuds not working at all.  Or else two machines in a row have broken audio.  Which is not entirely out of the realm of possibilities.  But it's enough for me to decide I don't really need to do audio things here.  And it fits with the theme of glitchiness, to accept that I don't get sound this time.

I'll have two new library books to take to the pool

---GLITCH #4---
All the computer in the library froze right after I'd typed that.  I was gonna go to another window and see what books were waiting to tell you, and suddenly nothing would respond.  It took 'em a while to figure it out.  All of us slowly making our way to the help desk, like all of us in the theater today slowly making our way to "Guest Services".  The glitchiness continues!

The library books awaiting me are three, actually.  A book of essays about Wes Anderson films, a book of art inspired by Wes Anderson films, and a book called Mini Amigurumi, by the nicely named Sara Scales, about crocheting (not knitting) little things.  Probably none of these will be very good pool reading, compared to the options I already have in the car.

Speaking of, I reckon it's time to go ahead and find out whether anything's glitchy at the pool.  Here's a bonus Postcard of the Day, in that spirit, with one more little precursor of Message Week: 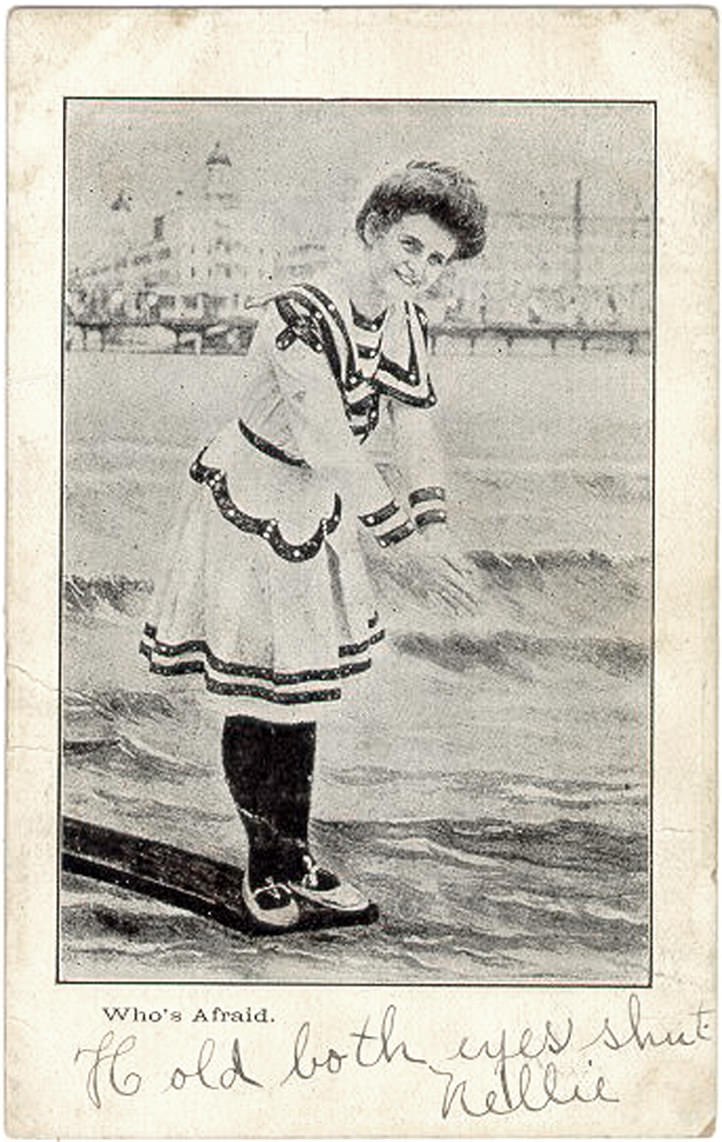