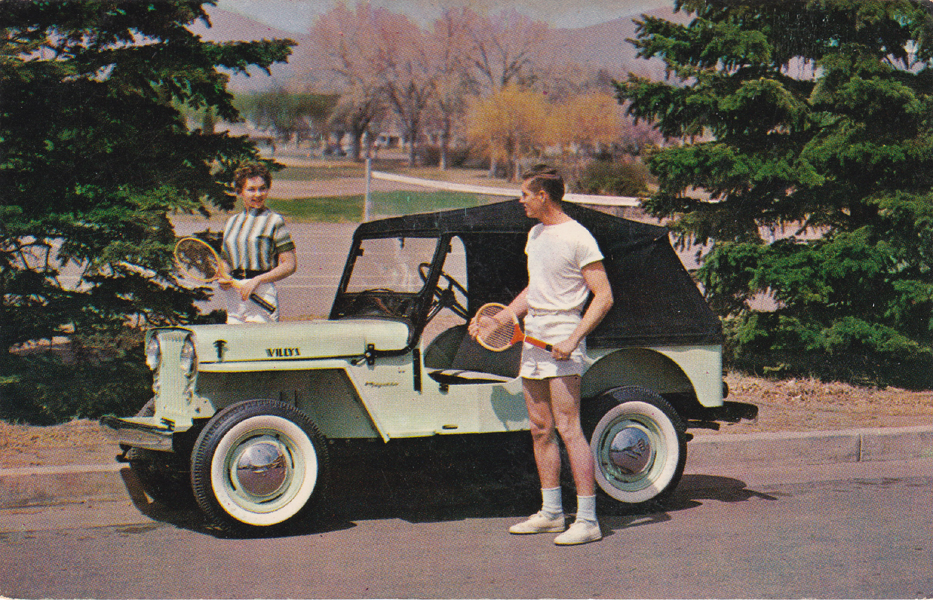 I got this one cuzza the Jeep, but now that I look at it today it seems like it could use a caption contest, or, like, blurbs for what one or both of the pictured people are saying or thinking.

These just off the top of my head.  Politically there are a lot of "eh" kinda things about the state.  And economically, and in terms of social justice, and other stuff like that.  Infrastructure (like most of the country).  Culture--- kind of a mixed bag (like most places).  But just being fairly free of tornadoes, earthquakes and hurricanes feels lucky.
Collapse