It's going so slowly.

It's nearly a fortnight since I saw the movie I started writing about that night.  It's been suggested I'm ambivalent about how to end it.  Endings are hard.  Are endings hard?  Vote on endings:

Open to: All, detailed results viewable to: All. Participants: 9

Yeah, it's super-general, but how do you do with endings?

TCM showed Harvey the other day, and I watched it a coupla nights ago.  In the great world of film it seems like rather a throw-away, I suppose.  And I hadn't really thought of it much before, philosophically or aesthetically.  I'm sure I saw it as a kid on TV, in chunks, as one did, like not all the way through necessarily.  You'd think I'd be more respectful of a film to which I may owe my very existence:  the other thing from childhood about Harvey is that I knew Jimmy Stewart was my mother's favorite actor, and I knew it was when they went to see it that my father proposed marriage to my mother.  My old joke was that she was looking at Jimmy Stewart and saying "Yes!"

So this time I was sort of lazily taking it in, vaguely noticing that Elwood P. Dowd is a serious drinker but not making much of that really, and I was struck by a couple of bits.  First, as I was telling Tracy the other day, Elwood's steady unflappable bliss is supposed to be a good thing, but in real life if you said to someone "It's a beautiful day" and he answered "Every day is a beautiful day", wouldn't you probably be kinda like "Oh fuck off"?  Cuz really.  But then the other thing is that later there's this bit of somebody asking him why he's not pissed off about something he has every right & reason to be pissed off about, and he (remembers his mother and) answers this way:

I mean, there's a point there.  There's a point there you could be derailed from if tempted to another "Oh fuck you" after, in his largesse, Elwood issues permission to be quoted.  And YET ...  well, what does this movie say about this character Dowd, and how we should regard him, and accommodate him and his vision, and his lifestyle?  As a kid it was easy to be all, like, "Leave the guy alone, he sees a giant rabbit spirit, maybe he's right or not but let's make way for these kooky visionaries.  Like the film sez, it's better than him being angry."  The big turning point in the film is when his sister, with a little magickal help, is inspired to stop Elwood from being injected with reality (and becoming an unhappy grouch), and the good guys are the ones who don't fight this fella and his ways but in fact make it easier for him.  And sure the world would be nicer if more people were happy and free to be ourselves, and omg yes it is our higher selves who make room in the world for the different, the weirdos, the ones who are captivated by whether it's weirdos or weirdoes, etc.  But!

But the real-life daily drinking oblivious-to-others'-needs person Elwood would be in our full realities wouldn't be so neat, wouldn't have the damage of his extreme indulgence of his dealio confined to petty consequences like awkwardness for his sister at tea parties.  It's not a modest middle ground this film is advocating.  Nor is it true that letting the Elwoods be Elwoods spirals out to make lots more happy people, if you take into account what is involved in indulging an Elwood.  And the guy, even in the film, has such a streak of arrogance running through him, the certainty of his own correctness and a condescending superiority that could justify a whole lot of stuff besides his right to drink and wander around the world all day every day, letting/making others take care of his basic needs, and not giving a damn what havoc he's responsible for in other people's lives.

There's something particular to my parents in my wondering about this biz, and pondering my mother's possible appreciation of Elwood and acceptance of the propriety of making life smoother for him.  But I also rather itch to investigate critical musings on the movie, see what else might have been wondered about along these lines by others.

Harvey, I have begun to realize, is a horror film. 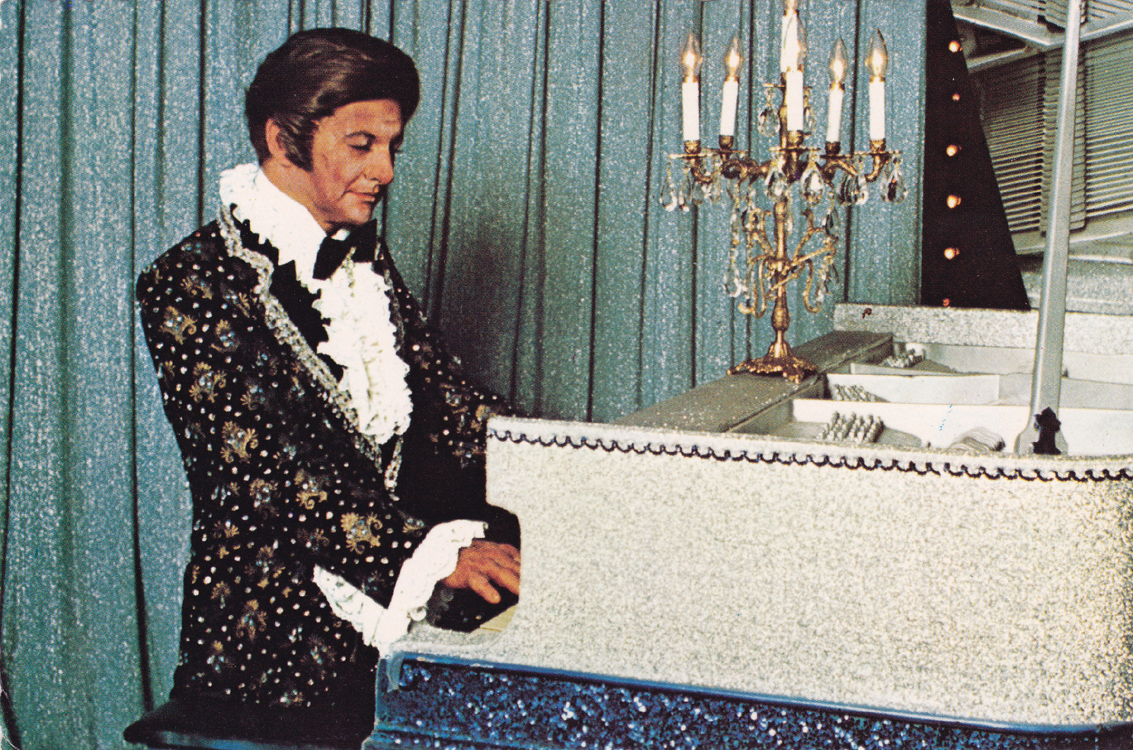