Green things are getting greener and taller and bushier all over.

My work neighbor has a serious case of the multiple yawns, but so far I haven't caught them.  Does that yawn contagion not work as much when there are many yawns as when there's one?

The tulips bulbs I planted late last fall have turned out to have been viable, despite their shabby-looking condition.  There were two varieties, so I did a cluster in the middle with one sort and a ring around them with the other.  It seems the inner circle is on an earlier magical-nature schedule than the others, though.  But that's okay.  It's all better than the prickly bush I hated that was there before, and that I channeled lotsa turbulent emotion into removing (along with lotsa muscle). 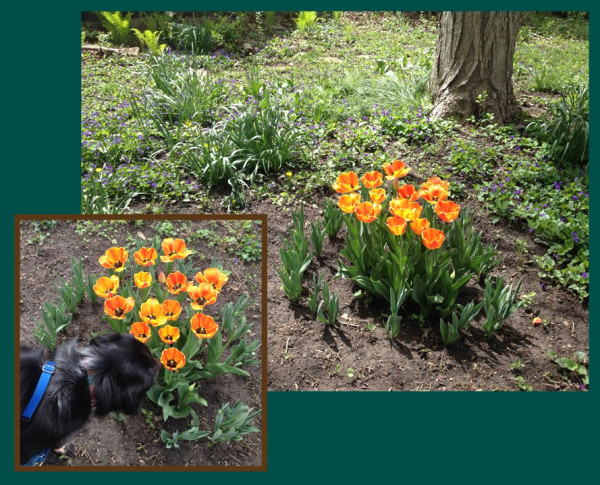 Any more I often seem to have mixed feelings about Spring.  It's happening again this year.  What can I say.  Not much, I guess.

Flowers are pretty, however.  Flowers sometimes are very quite pretty.
Collapse