Oh, I'm sure I had generally positive feelings about postcards before I came across this one.  But it was one day in an antique store in Frederick, Maryland that I saw this card and picked it up because it was a place in Kansas: 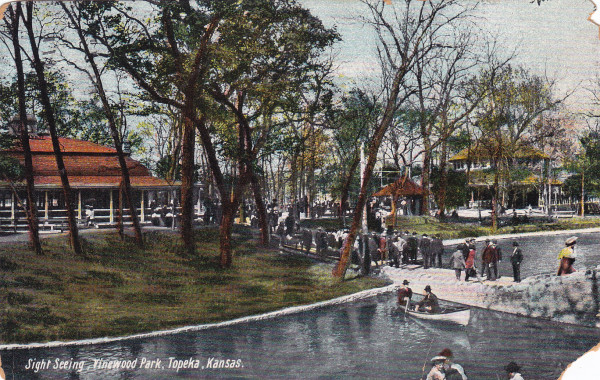 Back then I was mainly interested in the messages on cards that had been sent.  And one thing that I liked about finding old ephemeral writing was the discovery that people back in the stricter-education schoolhouse era my grandmother's generation would have had us think made for a thoroughly literate populace often couldn't spell for shit and used "bad" grammar.  But that wasn't what it was about the message on this card that got to me.  This card went the other way.  This card did the thing I love to find on cards of the wish-you-were-here era:  it actually spoke of actual heart stuff, and in this case, of not such happy-dappy biz.

Its message is hard to make out, but I have almost all of it.  The handwriting is careful.  The card was mailed in Topeka at 2:30 p.m. on December 5, 1914, from Alice (I think it is) to Eda Phillips, in Lewis, Kansas, which is getting out there into southwestern Kansas, past Great Bend, almost to Dodge. 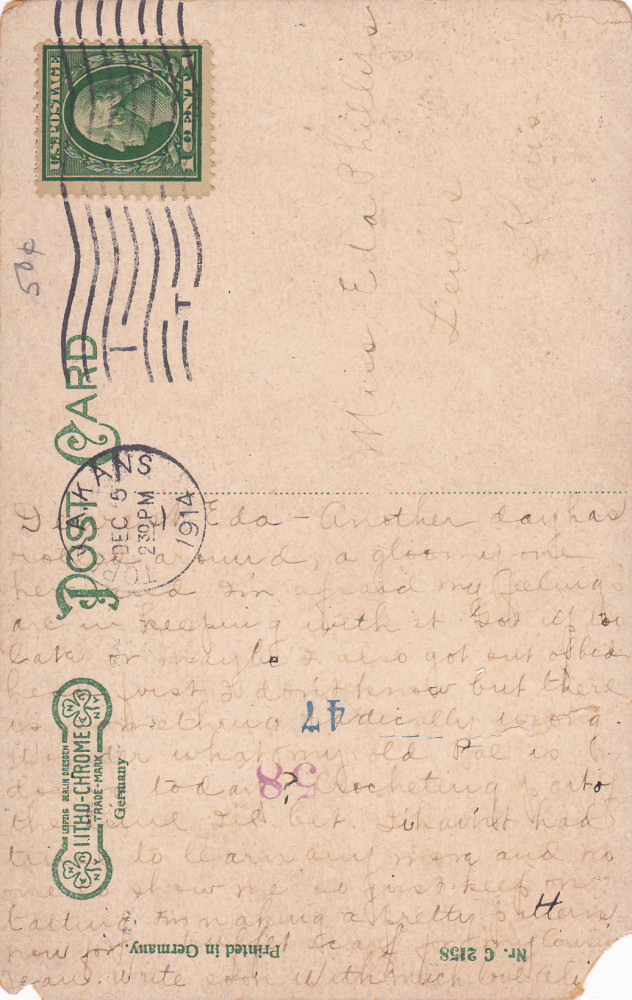 Dearest Eda – Another day has
rolled around, a gloomy one
here and I'm afraid my feelings
are in keeping with it.  Got up too
late, or maybe I also got out of bed
head first I don't know, but there
is something radically wrong.
Wonder what my old Pal is
doing today?  Crocheting part
of the ___ I'll bet.  I haven't had
time to learn more and no
one to show me so just keep on
tatting.  I'm making a pretty pattern
for a buffet [?] scarf for my cousin
Jean.  Write soon.  With much love Alice
I imagine Eda moved away from Alice & Topeka, maybe with some farmer.

Any idea what she was imagining Eda crocheting?  I've blown up and "enhanced" the word in question; it's after "the" in the third line below.  The first letter has a loop and looks like an l (ell) but could be a t too.  Then there are three bumps up (the first, I believe, with a dot over it) before what looks like an e or an l (ell).  Note that the loop of the g in "doing" above comes down into the word. 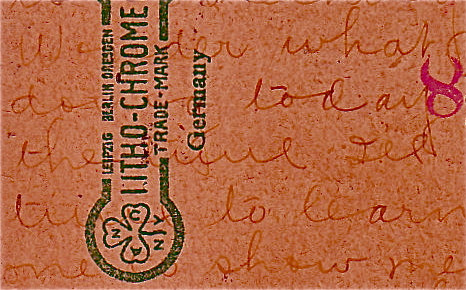 Yep, the m is pointy in Alice's time.

I only now looked up "buffet scarf."  I have more than one buffet scarf in this household.  I just didn't know it.

So.  That's that postcard.
Collapse