Back at MR for a coupla days before being off again. I do like the dropping by the office for a spot of work here & there occasionally. Imagine if it could always be that way, say, in the summers. Just for June--August, you work 3 or 4 days every two weeks, as you choose 'em. You know, since we can't have some kinda whacky European commie several-weeks-off for the commoners thing.

Had fun with my houseguest & the folks I managed to introduce her to. Also enjoyed cooking out, and felt good---as I'd anticipated---to have O back at the house, Now Under New Management (if retaining a decided air of the previous going concern).

It's good to have my guest coming back for a brief second appearance, too. Took the pressure off trying to fit everything in while she was here before, which I reckon faciliated our mostly laid-back, casual time just hangin' & playing it by ear. Also, having her coming back means getting to hear the poop on her conference in Toronto, and (believe it or not) I'm much looking forward to that debriefing. Not to mention---if she wins a free iPod, she's giving it to me. 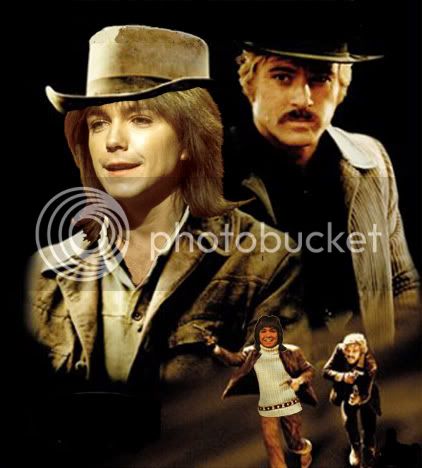