Today I had a collar for my bow tie.  It's rather more of a pain to tie one on a collar, but here 'tis: 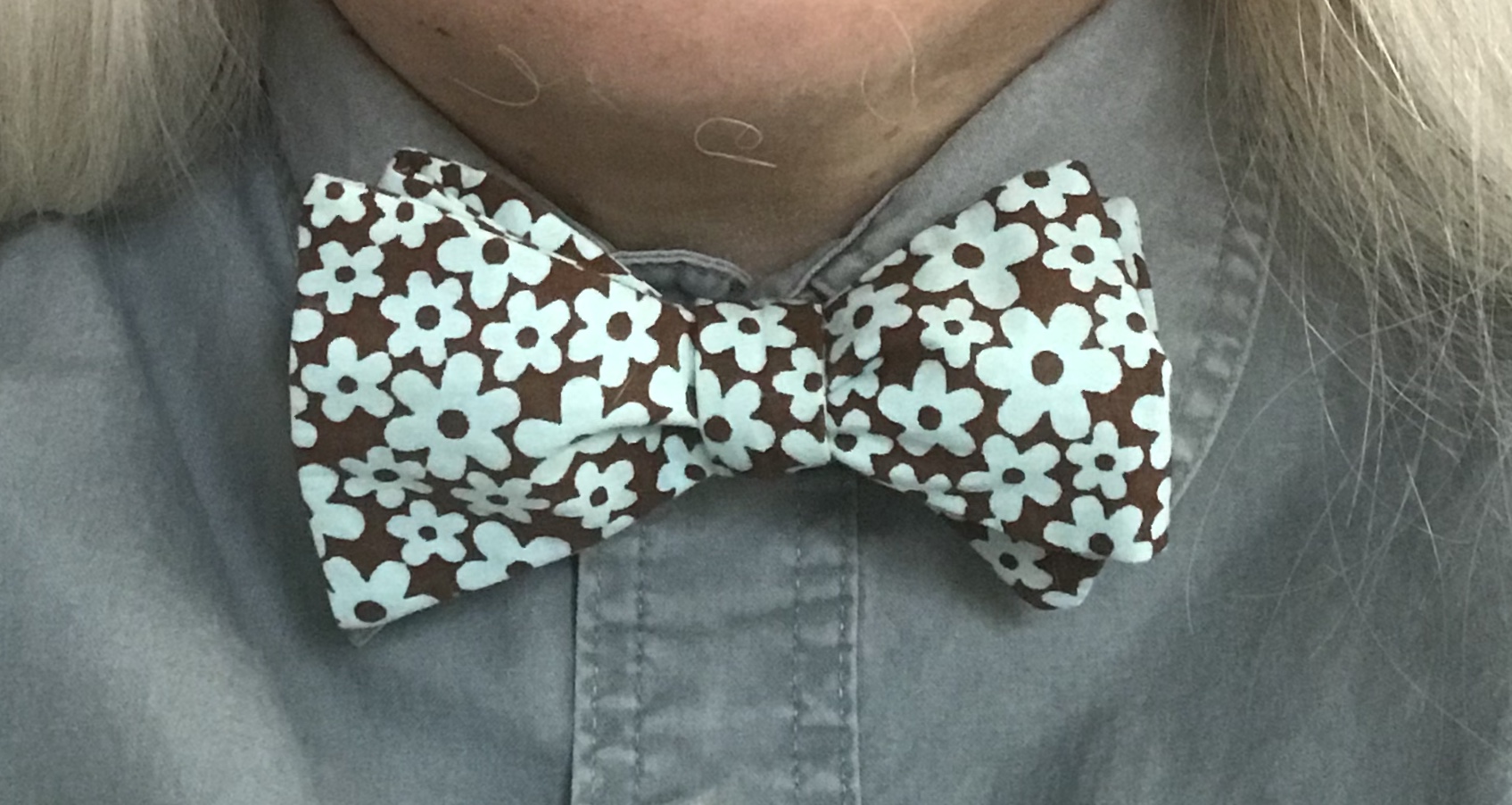 Couldn't decide which bigger pic to send the guys, so
I combined 'em: 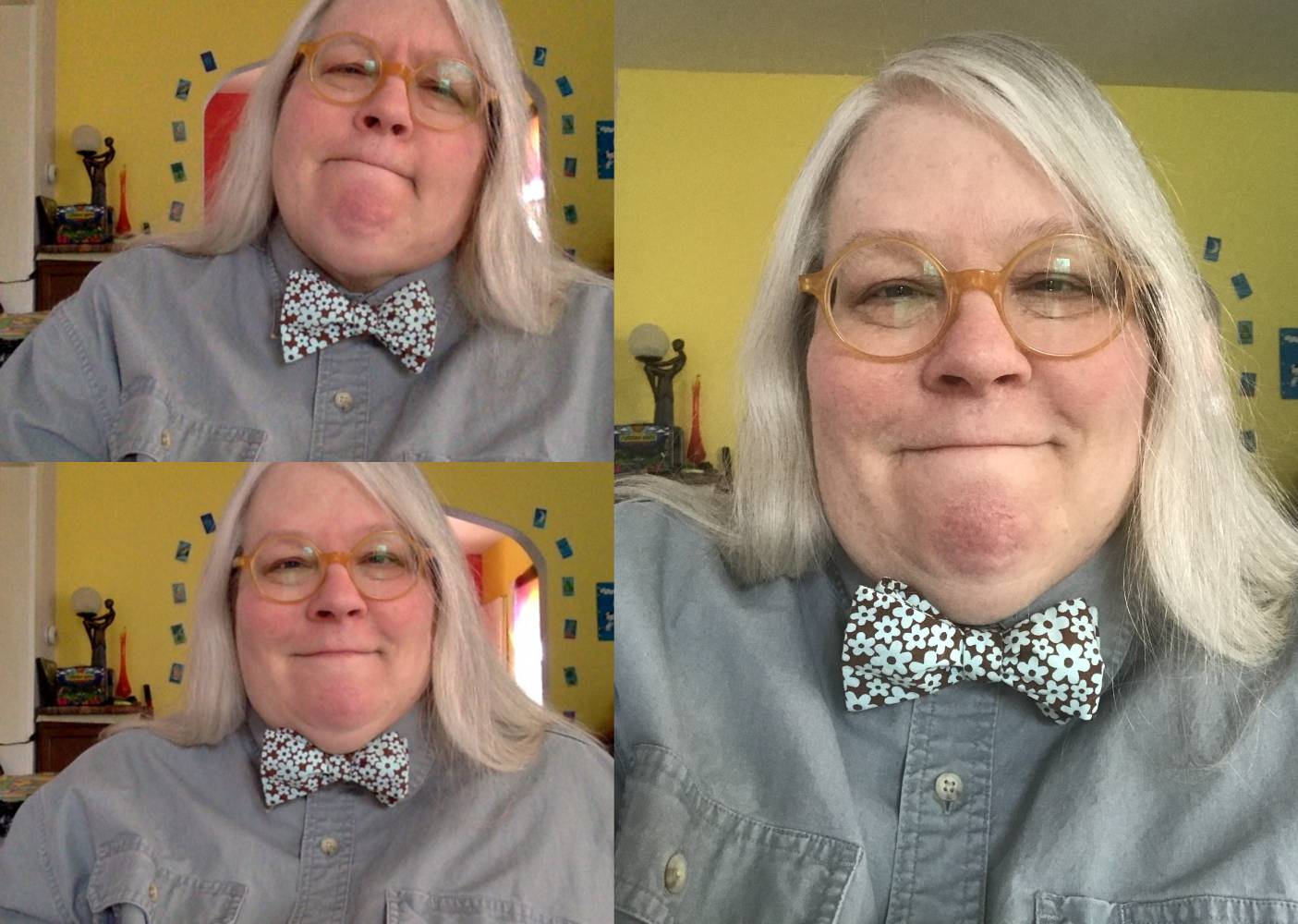 On the left, via Photo Booth, on the right via phone.  Presumably I was equally pink.

Gosh, yesterday I was a total bump on a log.  Didn't feel like doing anything--- including posting a postcard or catching up on EITHER friends pages or comments here.  I succumbed to the impulse to go back to bed.  Trying not to be too hard on myself about it.

I suppose the last thing I need is to succumb to the increasing weedly temptations.  Had a flyer on my door the other day about delivery; today there was this on on the mailbox--- on every mailbox in the row: 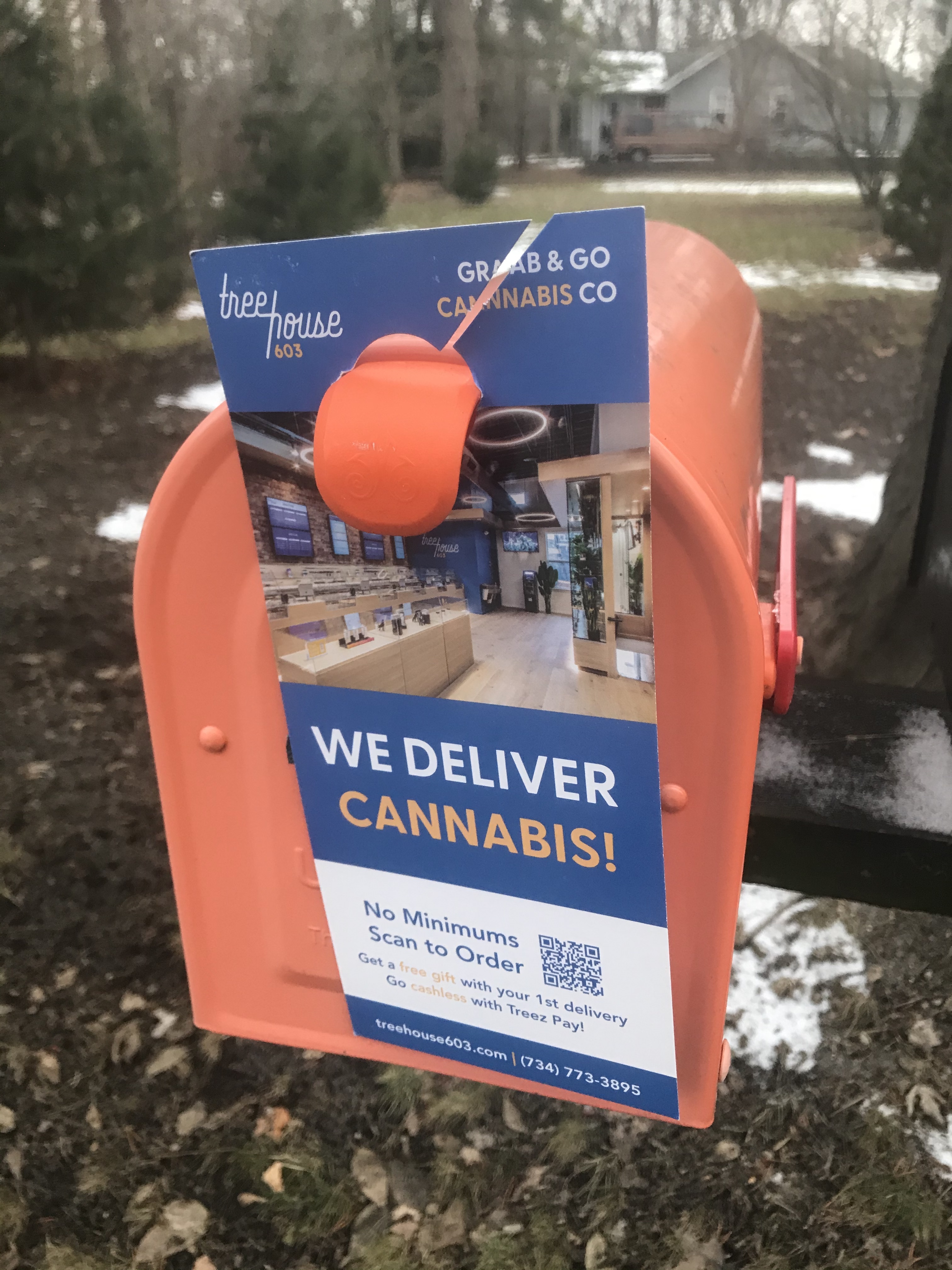 There's another dispensary not far away that's giving out a free pre-rolled professional-lookin' joint to everyone who can show proof of getting a COVID vaccination.

The city council meeting is on, and now for the first time we can join the Zoom meeting, vs. watching the stream in low-quality video elsewhere.  The past few meetings there's been debate on whether it's okay for commenters to say "fuck".

In other news, I chat hosted the chorus's big streaming show this past Saturday night, and that was good.  It even had some of the high of having been putting on a live show.  Plus, unlike in our regular shows, audience members could talk about what was going on.  I spent some time getting some chunks with emoji codes ready to go beforehand, and it went quite well.  I'm still amazing the show came off as well as it did.

The next day, though, I heard from a loved one about his cancer diagnosis, and some of the pending treatment plan.  I don't think I've fully absorbed it.  But he's sure been on my mind.

I feel like there were other things I was gonna talk about next time I put sentences here.  But I think this is it for the time being.  Later!
Tags: btt
Subscribe