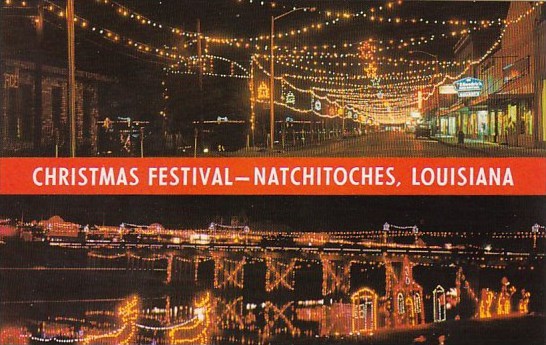 There ya go.  It's a little bit like driving downtown to see the lights, 50 years ago.

I've got beef stew, in a variation on my mother's recipe, on the stove simmering.  Thinking of watching The Polar Express, which I've not seen before, though I hear it's not all that good.  Also maybe Comfort and Joy, a Bill Forsyth movie; he directed the delightful Local Hero, plus an early favorite of mine, Gregory's Girl.  I saw Comfort and Joy a long time ago.  Maybe it'll be another that I take in better as an older person.

Earlier Mary & her family came by with Christmas cookies.  That was nice.  I found a little plastic kaleidoscope-like light fracturer that Santa mentioned he'd forgotten to include in with their daughter's stuff this year.  She didn't say much, but she let out a number of good laughs, standing in my yard in a mask.

While they were here, one of the neighbors went outside for something.  I bragged on their new solar panels, the first on our street.  David got me to thinking about siding options, when I talked of wanting to get the house painted, but knowing I need some serious repairs first.

Got the spreadsheet today with the good news of raises for the folks in my dept who've been way underpaid, by market standards, for years.  It's still not a hugely lucrative position, editing at our nerdly not-for-profit, but it's less unlucrative than it used to be.  This is very good news, and a relief.

Tomorrow maybe I'll tell you what presents I get, à la

queerbychoice, who at least used to do that, before she cut me from her allowed readers (alas).  I picked out a select few things for myself this year.  Didn't put up the stocking, but did make a peace sign out of my little blue lights, when the kitties made it clear they would be chewing on the rectangles I'd hoped to line many window frames with.  It's a gesture.  And a nice nightlight.

My stew will be okay tonight, but good tomorrow.  I hope.  The red wine vinegar is a new element.  Thought I'd give it a go.  A little tanginess, in with the potatoes and gravylike broth.  Why not.

An (way) early present to myself this year (like, in September) was something I had disdain for, on the grounds (hahaha) of its wastefulness in packaging, before working at home--- one of those K-cup one-cup coffee makers.  I have some cocoa pods for it, for special occasions.  I'd say Christmas Eve is such an occasion.  :)