Shucks, it's after midnight.  I'm late on BTT.  Had a long chorus meeting in the early evening, after a busy work day (in which I got a pile more things I need to attend to tomorrow).  I made some supper and the cats slept on me a bit while I played games on my phone.  Now I'm watching Zero Hour, the movie Airplane! is built around, so I will have just seen it when I watch Airplane! off the DVR sometime soon.  I thought of those broad parody comedies as pretty silly and pointless when they came out, but I'm older now, and there's a pandemic, and Airplane! has become a sort of classic.

In the chorus meeting I up and volunteered to be the chat host during the livestream of our upcoming show.  Then it occured to me that I was going to want to know the program well enough that I might as well be involved in putting together the script, if only to make sure it's organized and clear.

Just now I caught up on the friends page and made a video doc's appt.  Gonna see if I can get prescriptions refilled without going in.  And ask about various other things.

Didn't take off the bow tie until most of the way through the chorus meeting.  Usually lately they haven't much outlasted my sending my pic to the guys, and maybe working a little into the afternoon. 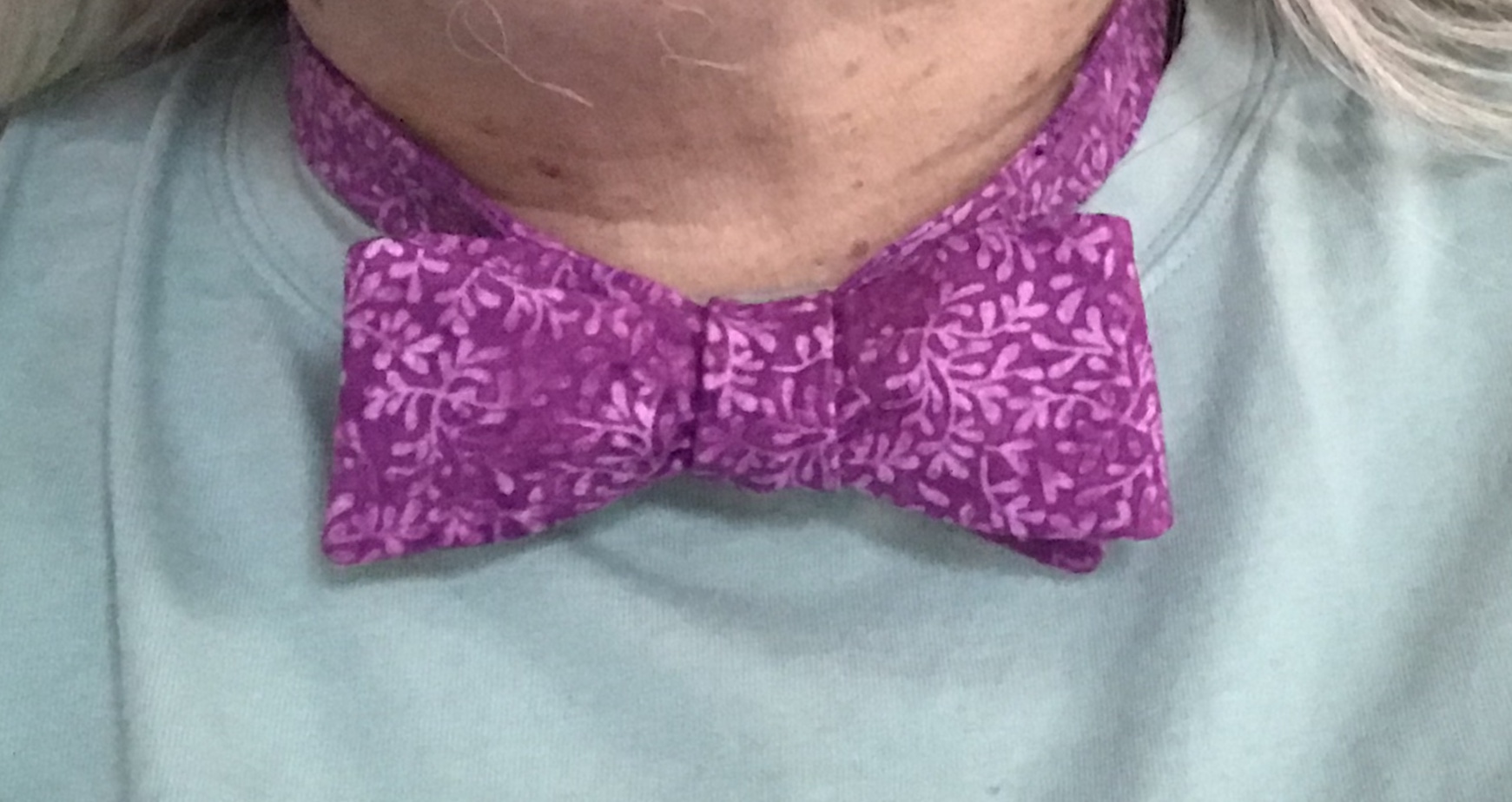 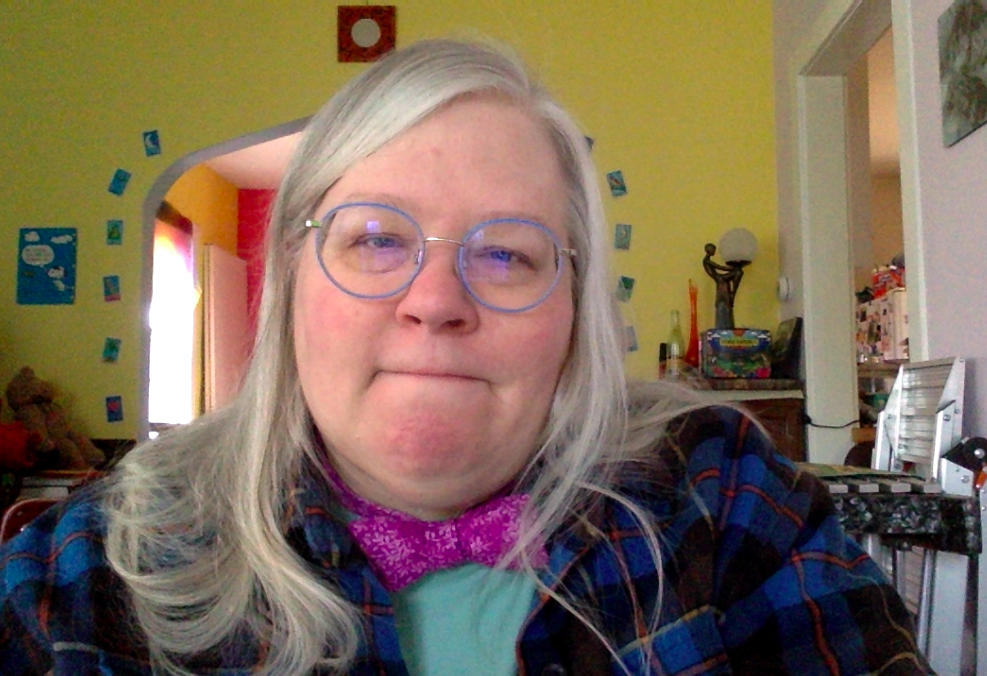 I did update my Zoom app, on accounta I heard about re-ordering the windows/people within the gallery view.  That pic behind the cut is from Zoom but doesn't show me playing with any of the new goofy layers or beta facial hair.  I want more facial hair options.  I like very unconvincing drag.  Symbolic drag, not passing-ish drag.  Genderfuck drag.  :D

Dana Andrews is about to land that plane; Linda Darnell is darn proud of him.

I watched The Apartment again this weekend.  I know it's a great (binary) oversimplification, but I keep thinking about the tail end of this bit (with Shirley MacLaine as Fran Kubelik and Jack Lemmon as C.C. "Bud" Baxter):

Also I have had impulses lately to look into now-legal retail weed and the latest in sex toys.  Haven't yet researched either, but it seems good to be wondering, at least.  I guess.
Alright.  I paused the airplane so I could actually watch the daring landing.  Off to see that now, then bed.
Tags: btt
Subscribe