I slept late, and had to zip to get it together to go to a noon appointment, though it turned out the appointment wasn't until 2.  So I decided maybe I should get some stain for the front steps, since the next couple of days are the last of the warm ones, looks like.  And then I also thought maybe I'd go ahead and get the pink paint for the kitchen, from a different paint place.  So I called that place and then went and picked up the pink, in the shade I've had the big sample "chip" of on a cabinet door for well over a year:

Then, at the hardware store, I found that the "Colonial Blue" deck stain that's now chipping off my front steps is no longer an option in the cheap stuff, so I switched to a (semi-solid) (vs. semi-transparent) (NOT THE SAME THING, learn something new every day) pretty green color, figuring it'll maybe cover the blue I don't chip off, cuz it's darker, and anyway I don't care if it's not perfect:

Notice anything funny?  I didn't notice it until emailing a coworker once I got home, somehow feeling the impulse to share the colors of paint & stain I'd procured.  I guess it was fate!

The appointment was with the eye doc.  I have 2 pair of glasses coming, cuz why not.  One is a recycling of my old round yellow frames.  They're still in decent shape, and I think of them when I see S. Z. Sakall in a movie, cuz he had the same glasses, though most of the time you couldn't tell they were yellow, cuz the movies were B&W. 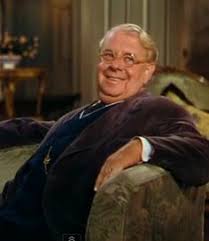 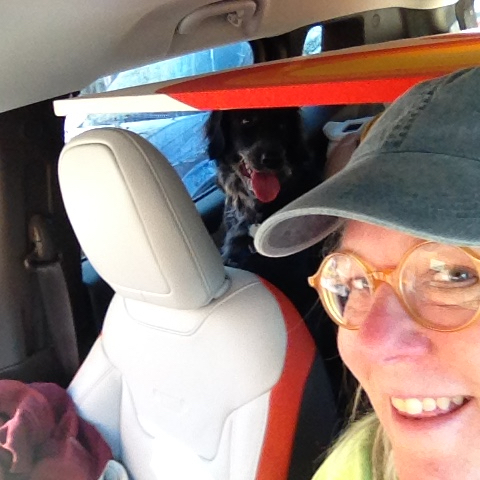 I called my would-be supervisor from the Target parking lot after that.  Trying to figure out if I really am gonna take the reins of the department.  Have to decide by Monday.  Of all things, it may come down to my not trusting the gang to some unnamed alternative person.  Cuz it really does matter, in the quality of life of my workmates and me.  And it seems like it's my turn--- so much so that I can barely convince myself I could say no.  But I could!  I could.  I can, if I decide I want to.

Last night when I was thinking about this, I turned on the TV, and it was All That Heaven Allows, which is all about living the way you really want to, bullshit aside.  And there's the rub:  I don't know what my heart really wants here, cuz it's a lot of variables, mixed up.  Maybe TCM will have more to say next time I turn on the TV.

Target had had a power failure, so all the refrigerated stuff was no good.  People were in there cleaning all that out.  I'd gone there mainly to get some refrigerated e-z coffee drink I like.  But at least they'd re-stocked hydrogen peroxide.  I need it a lot lately, with the new cat climbing my legs and otherwise breaking my skin every day.

Maybe I'll order some Famous Amos.  In honor of the cat.  If I can get less than several bags.  I finally opened the girl scout cookies the other day, so my pandemic pantry won't have cookies in it soon.  You know what?  We've been cooped up long enough that I have to start thinking about rotating my COVID stock, canned-goods-wise.  And, like, granola-bars-ly.  Dried-apricots-speaking.

I'm not going to make up all of today's hours tonight.  I may not make them up this weekend either.  Screw work, for the mo'.  :D  I'm spent.  Mental wheels spinning and spinning burns a lot of spiritual energy.

On the way home I got some mediocre spagetti from the box restaurant that used to openly hate queers no not Cracker Barrell the other one.  It wasn't worth the money & convenience.  But I was tired and couldn't think, and I guess it was good to have food ready as soon as I'd hauled in the paint things and bubbly water and, you know, fed the cats.

They're lazing around now.  I bet they liked this day, getting up to 80 degrees.  While I was out they probably chased each other all over the place and then did that combo of wrestling and grooming the little guy instigates a lot.  I feel like I ran around all day and wrassled and all that m'self, though it really wasn't that much traipsing.  Just a lot for the aftertimes.
Subscribe