I got all the questions at LearnedLeague today.  That doesn't happen very often.  Here they are,


1. Give the best known name of the mathematical operation whose most common notation was introduced by French mathematician Christian Kramp in 1808!

2. Dom Pedro I and his son, Dom Pedro II, were the first and last (and only) rulers of what empire, which lasted from 1822 until its overthrow and conversion to a republic in 1889?

3. Identify the body of water that sits along the entire western shore of the Delmarva Peninsula.

4. A Scottish term for a small drink (and a unit of measure equal to a fraction of an ounce) forms part of the name of a liqueur that is made from Scotch whisky, heather honey, herbs, and spices, and is 40% alcohol by volume. What is the name of that liqueur?

5. Specialized cardiac muscle fibers in mammalian hearts that conduct impulses from the atria to the ventricles are an atrioventricular "Bundle" named what? It is present in females as well as males (as it's named after the Swiss cardiologist who discovered it).

6. San Francisco-born boxer James J. Corbett, who won the world heavyweight championship in 1892 by knocking out John L. Sullivan in the 21st round and held the title for five years, was best known by what refined moniker?

, for your curiosity. (I guessed some, figured a couple out, and flat-out knew a few. #1 and #3 were heart-warmers.)

Broke out a new T-shirt today to wear with my camper trailer bow tie: 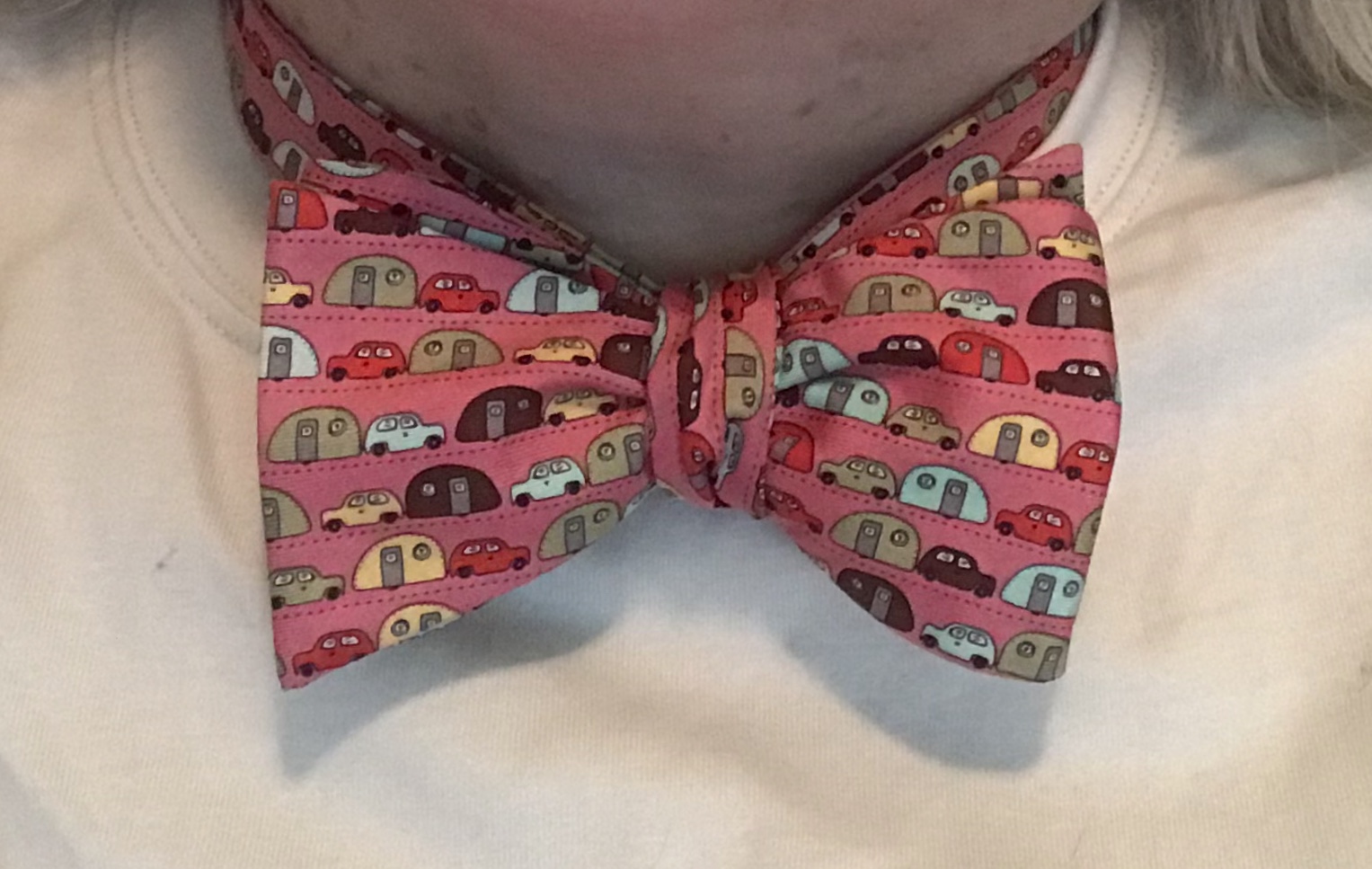 Here's
the shot I sent the guys: 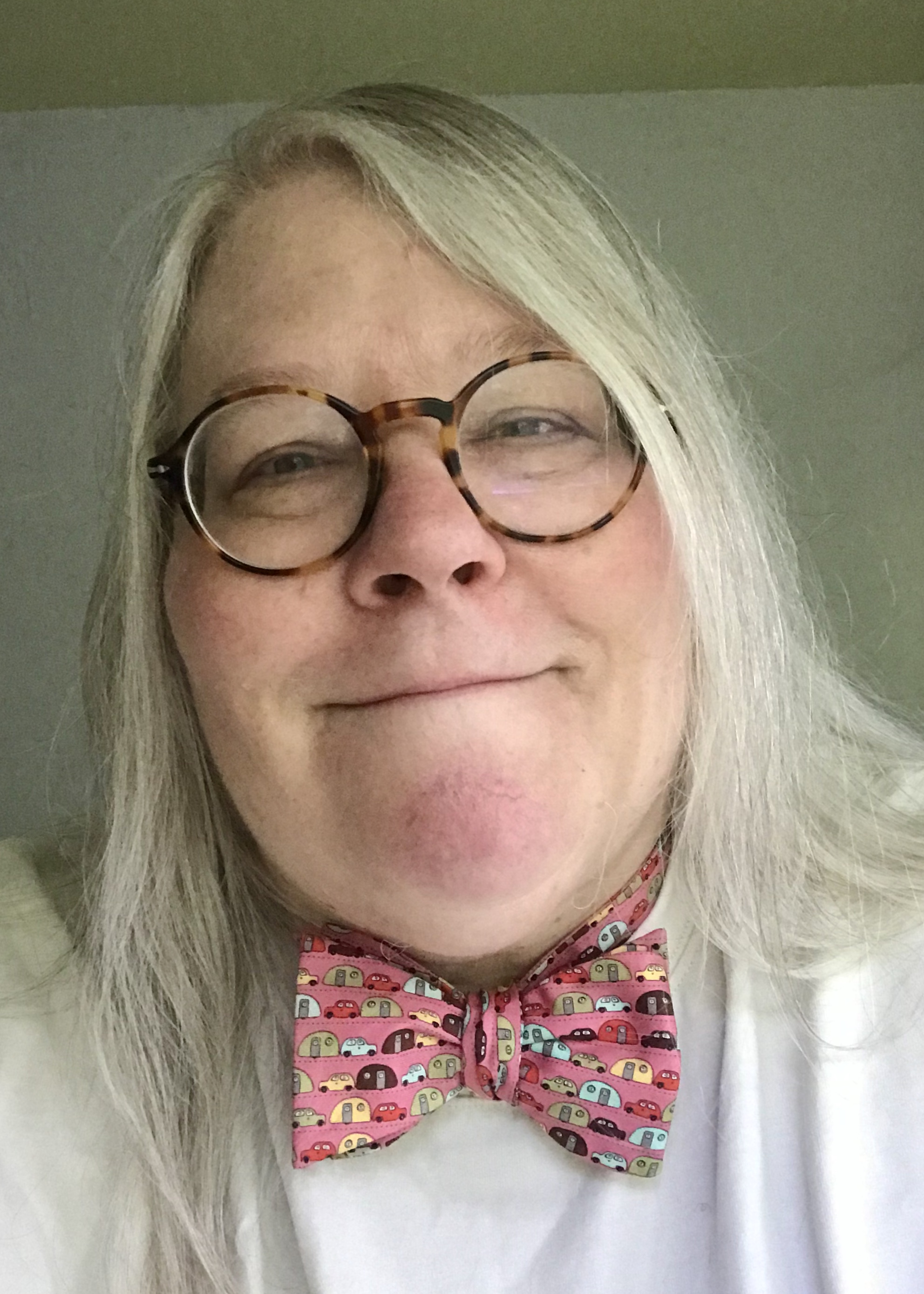 It's been kind of an all-over-the-place time and emotional space, while I just go about my solitary attempted virus-avoiding days and kitten acclimation.  New toys tickled both him and Dizzy today.  "Amos Otis" could stick.  We'll see.  It took me weeks to get to "Dizzy" and then "Dudley 'Dizzy' Dud-Bud Ginsberg Horkeimer".  Of course he had a major health threat pretty much right off, and that was a stutter, to say the least.

I was just thinking the other day, sweeping around the litter box in the nursery, about a person who helped me out so kindly and extensively during that time, and how weird it is not so much to not ever see her now ---I didn't much see her before, and that was tied to other viscissitudes not about either of us--- but (weird) to know that she somehow came to think I was out to get her and would (did!) try to run over her with my Jeep.  I mean, I've wondered all kindsa stuff about what might've been going on in that situation, with all its dynamics, most of which were in a whole world I don't, and didn't, know about.  Still.  She's the same person who was so sweet, and with whom there was a lot of commiseration.  Confusing.

But then I just had a text from a recovery person I've never met in person who was talking about a friend who's been intermittently distant with her.  Drinking may be involved.  People do what they do, and it doesn't always--- well, why try to write my own sentence when it's all in the (beautiful) (lyrical) (and beautifully prosaic) (sung) poetry of the (killed by COVID) late great Adam Schlesinger, writing for Crazy Ex-Girlfriend:
So this is the end of the movie
Whoa, whoa, whoa
But real life isn't a movie
No-o, no-o, no

You want things to be wrapped up neatly
The way that stories do.
You're looking for answers,
But answers aren't looking for you

Because life is a gradual series of revelations
That occur over a period of time.
It's not some carefully crafted story;
It's a mess, and we're all gonna die.

If you saw a movie that was like real life,
You'd be like, "What the hell was that movie about?
It was really all over the place."
Life doesn't make narrative sense.
Nuh-uh-uhh

We tell ourselves that we're in a movie
Whoa, whoa, whoa
Each one of us thinks we've got the starring role
Role, role, role

Because life is a gradual series of revelations
that occur over a period of time.
Some things might happen that seem connected,
but there’s not always a reason or rhyme.

People aren’t characters; they’re complicated.
and their choices don’t always make sense.
That being said, it’s really messed up
that you banged your ex-boyfriend’s dad.