Sure didn't get much sleep last night.  Tried to sleep in, but failed.  Oh for some dreams like the one(s) I had Sunday morning, after an absolutely delicious night's sleep.  There was kissing involved, with a woman.  I enjoyed it on so many levels, not the least of which was the reassurance of the lesbian within.

Later I was thinking of how the idea of something "in your dreams" sorta mostly means to me something you fantasize about or would hope to have come about in the future.  And here it's just in my literal dreams, and it was really good.  Like the unconsciousness playing out in not-waking-life is the best thing going.  Do you think it ruins the fun if you learn to do lucid dreaming, and control what goes on?  I suspect it would.  It wouldn't be as much fun if I didn't believe in it while it's happening.

But I'm a sap and a mark and a sucker that way, maybe.

Mercifully, it was only Friday last that I put together quarantine = no a/c.  On top of no pool.  No a/c at the office or at the library or at some store you just go hang out in.  I mean, there's a/c in the car, so "no a/c" is a lie, but you can hardly spend hours burning gas just to cool off.  Among other reactions to this revelation, I laid in some tea.  I guess I said a little about this here earlier.  Summer is upon us, suddenly!  No Top of the Park!  No lots!  Yet if you make the mistake of looking at the TV on the wrong channels, you'll see plenty of folks out there lookin' like they're trying to keep it going, or speed it up.  Where "it" is the disease spread.

My relationship with fear is changing, I think.  I hope.  I mean, in my dreams anyway, ha ha.  But that virus is worthy of fear.

If you had to bet, which will come first, a vaccine or the next such virus?

My friend texted me to see if I wanted to get in on a deal for inflatable floaty inner-tube style devices with multiple drink holders.  She's buying them for a bunch of people to float down the river in.  Looking at the pic I was fairly sure right off, but the website confirmed it:  its outer edge is maybe about as big around as I am, or less, leaving no room for the inches on all sides of inflated rubbery plastic, let alone these multiple drinks they're looking forward to.  I took umbrage at this offer, though I am fairly confident it wasn't intentional.  It's not the first time this issue has come up with her, though.  And I wouldn't entirely put it past her to do it on purpose, on the rationale that I *should* fit in there.  Even if that kernel weren't in there, I'd be pissed about it.

Not that I've not put my foot in it similarly.  I once asked my old roommate if he'd sponsor me in some Big Brothers bowl-athon that a closeted prof at work was organizing, forgetting that he'd been fired from Big Brothers for being gay.  The roommate, that is.  Of course I knew to be contrite, at least.

Well.  Enough of that. 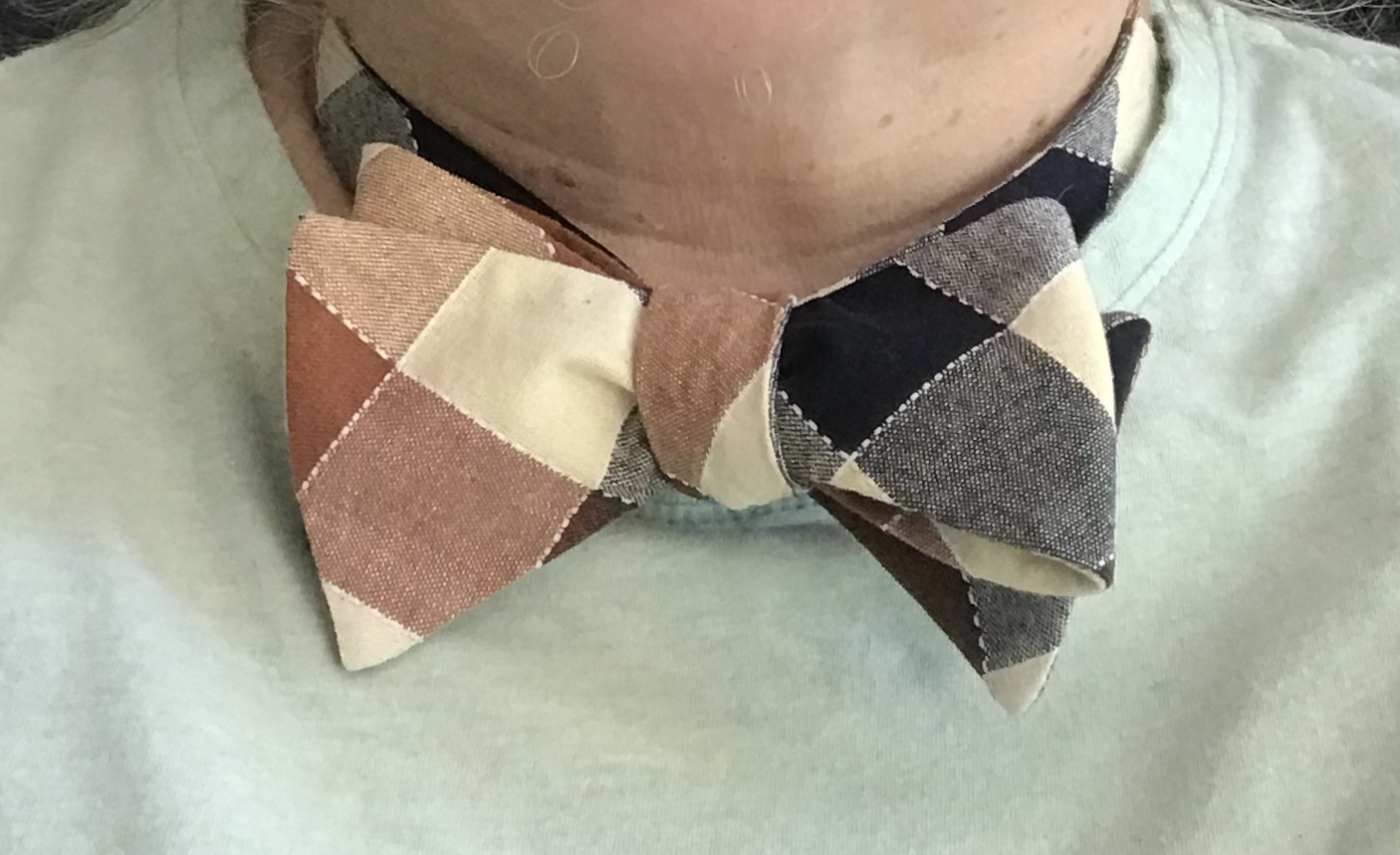 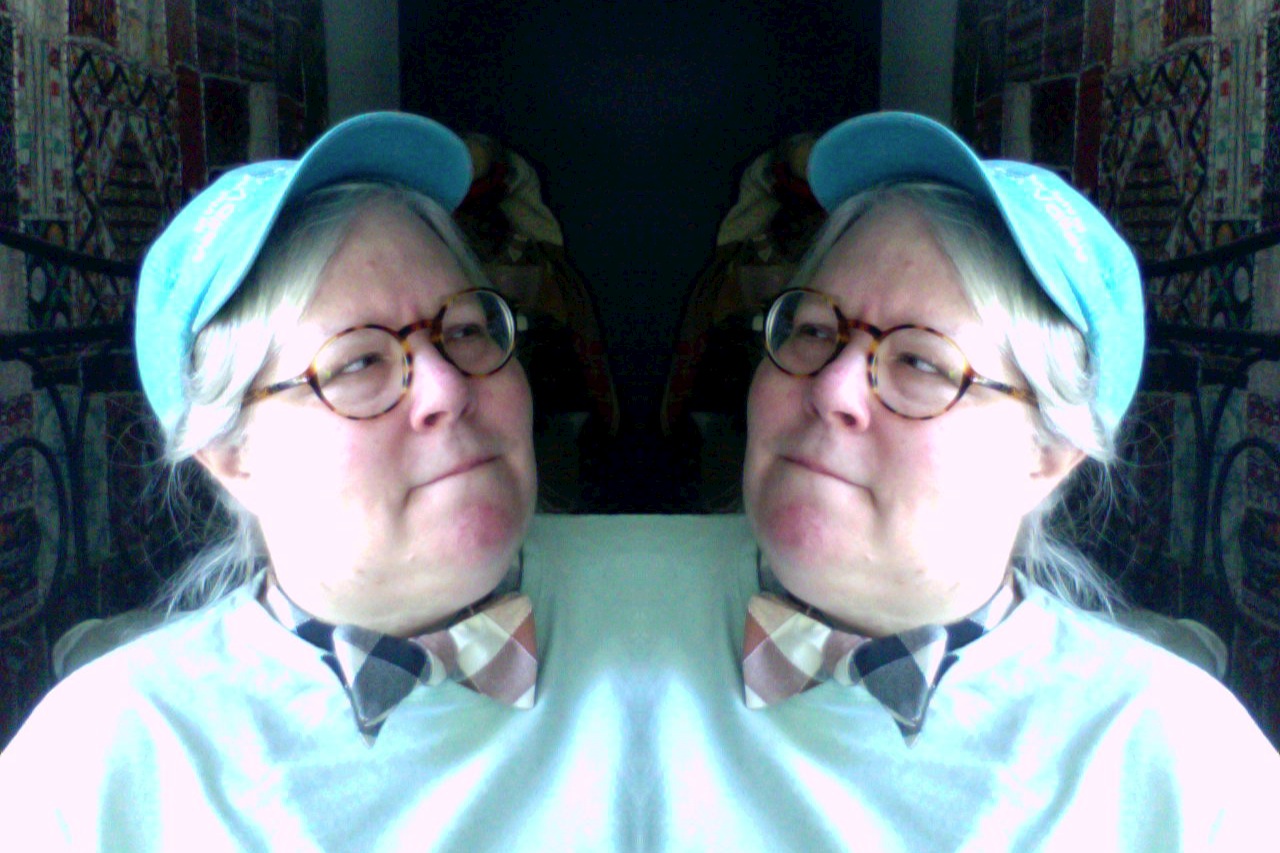 is the shot I sent the fellas.

I do love that effect, among the Photo Booth effects.  Cf. me discovering it 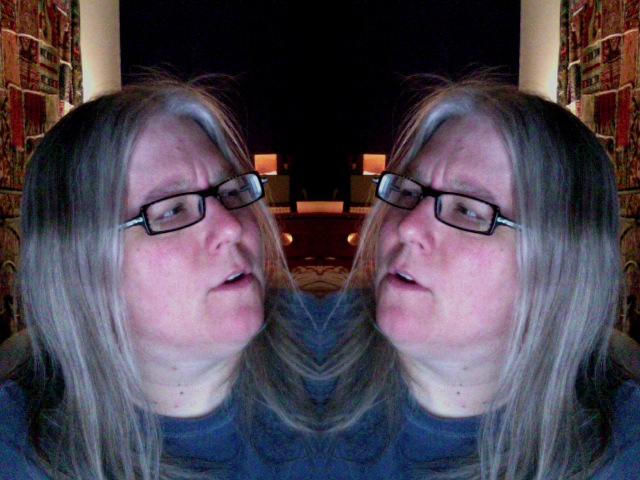 I went out and walked around the block this morning, at, like, 9:00.  I'm usually not even up then, these days, but there I was, dressed and in sandals and making my way around the professional yard work crew attending to whosever yard down the street.  Reckon I'll go out again in a bit.  I want to open the windows for the breeze, but I know I'd regret letting in the hot air.  Rain storms coming tonight, I hear, at least maybe.