I went ahead and got up way early today.  Tried melatonin last night.  My experience seemed to be getting sleepier but then not staying asleep particularly much more.  But I did get up with the dawn today.  That was maybe more cuz I have a headache, and a kinda jaw soreness, vs. being all rested from deep sleep.

WEMU is offering "Team WEMU" cloth facemasks as a gift for your donation. 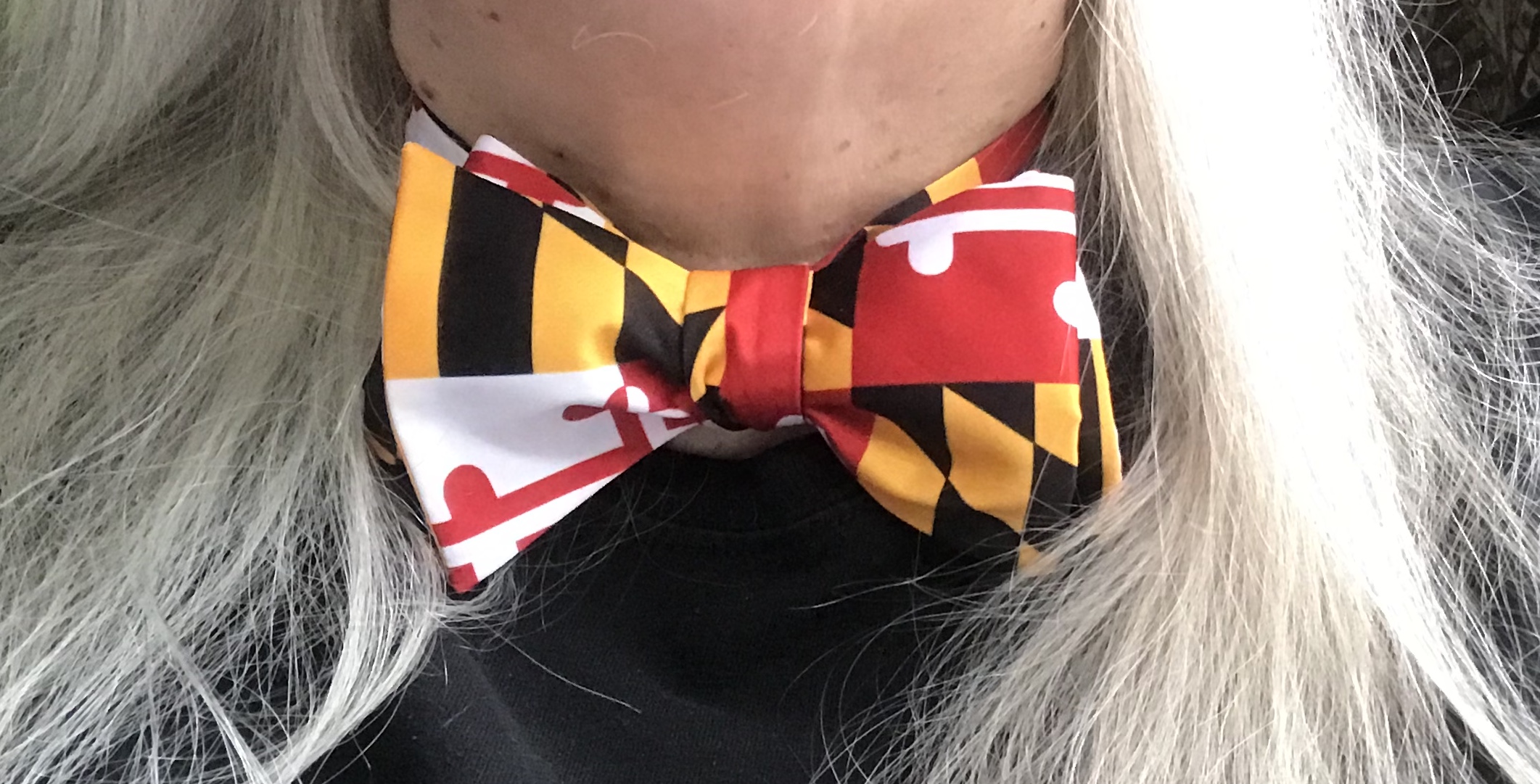 I was the one who started the bow tie pix email thread with the work fellas today.  They're not up and tied and photographed yet, I guess.  Told 'em not to tell the blueblood families of Maryland how quapfly I tied the tie today. 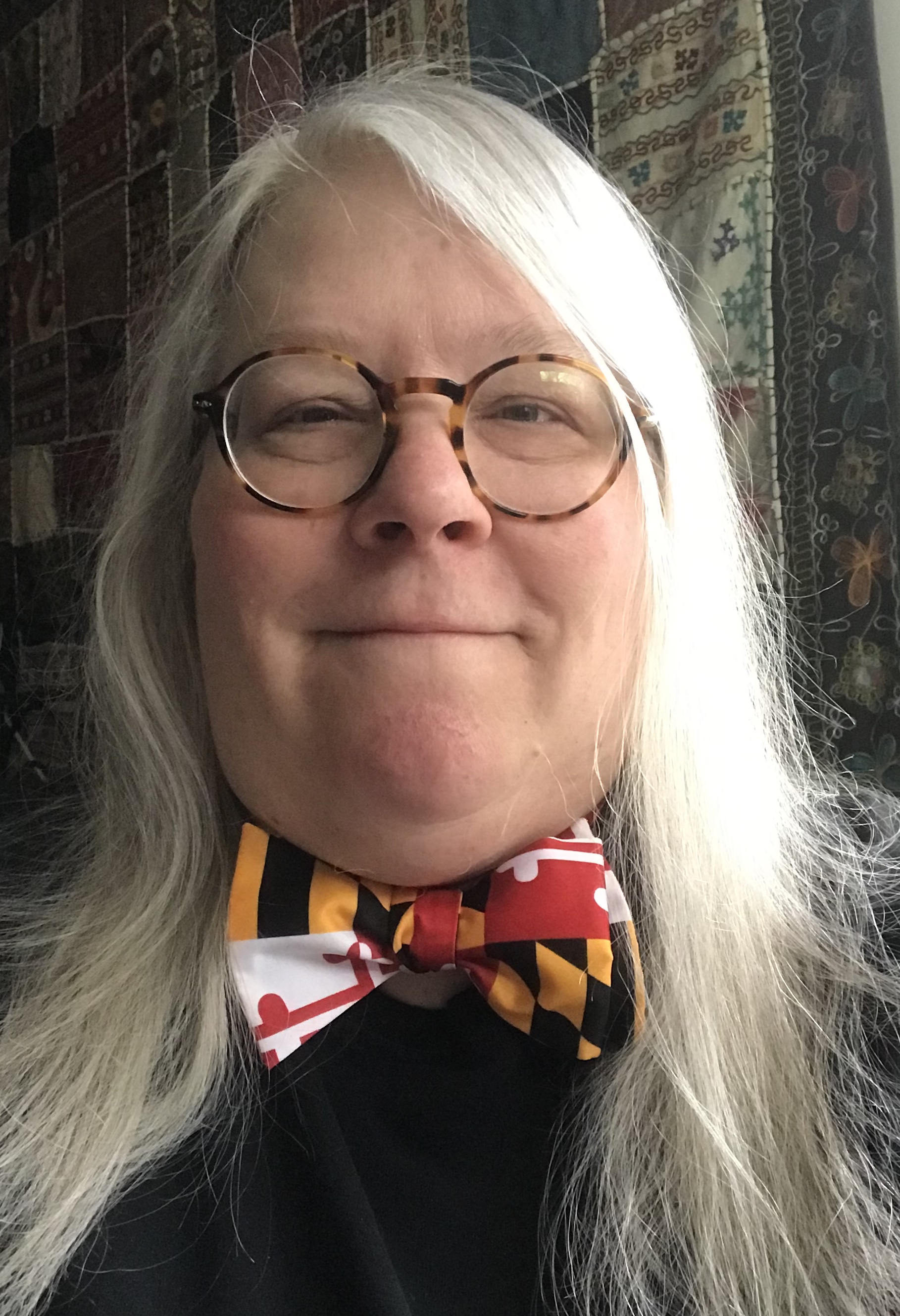 The squirrel's decided the fine feed's worth sliding down the new S hook to the feeder.  It means I'm going through the new seed pretty quick.  Lemme go out there and get those little birds a better supply now.  Hold on.

It's a bit chilly out there.  We're gonna try to have tai chi on Zoom today.  I was thinking maybe of setting up in my driveway, but now I dunno.

Morning Edition still isn't over, and I've done more E-galleys than most Marines have done push-ups by 7am.

On the porch as I came back in I passed the package that came yesterday from the Bernie campaign store.  It's a yard sign and a button I ordered a few weeks before our primary, which was in early March.  Ended up procuring a sign from a local, and now that's faded.  I suppose it was conscientious in a way for the sign eventually to show up, but geez.  Seems extra silly in a pandemic.

Yesterday I went to the post office---I now have Gwen Ifill stamps, if that might entice you to want to be pen pals.  It took a good while to get through the line.  Once I was up there I asked my postal service worker how it was going.  He reported being burnt out, and indicated that he didn't think it'd get better for two years.  I made some mention of a vaccine, and he said they actually already have one.  I made some "oh?" sound behind my mask, and he said he saw a video that they've actually had one since last year.

I squirted some hand sanitizer in a palm and walked out, rubbing my hands together.


We did chorus Zoom karaoke last night.  It was a bit quapf, but still engaging.  One of the songs I considered singing but didn't was an Olivia Newton-John song a special parody of which is going through my head today.  It's a Doris Brooks song, which is a song a handful of my college mates and me made up to sing to Doris Brooks when delivering her supper.  She worked the college switchboard, see, and would miss cafeteria dinner hours a certain number of nights every week, but if we had her ID we could get her a to-go supper.  It started with an original that played with her name via the lyric "Doris Brooks, Doris Brooks, Doris brooks too often; Doris Brooks, Doris Brooks, Doris brooks allll day." and then turned to versions of all kindsa songs.  Once in a while I remember one.  There were mutliple Christmas carols, for instance.  But the version of I Honestly Love You that I'm hearing today was about "the chicken--- the Heavenly chicken".  (That chicken doesn't come along every week, so you shouldn't blow the chance, when you've got the chance to eat .... the chicken.  The heavenly chicken.)


A coupla weeks ago one of the directors of the movie The Ponds emailed me to say it's not released in the States yet (I'd written them about that last year), but I could rent it on Vimeo.  So I did that, the other day.  It's about swimming ponds in Hampstead Heath---their clientele and their history and their culture.  Maybe not great as a film, per se, but I was into it.  Kinda get the sense that I don't read the class elements of it very well.  I grew up in this class-denying culture, and it seems like everybody in England not only can't be in denial about it but gets all these signifiers and such, without even a shorthand nod.  Not that this film is much about that, or set in a particular vein that way (or is it?), so maybe I'm not missing much, but I do get that hunch about English films sometimes.  Probably goes back to when Charlotte Coooper mentioned her disdain for Truly Madly Deeply.  Except I thought Charlotte Rampling was in that, and she wasn't, so maybe that wasn't the film?

Also recently saw Elevator to the Gallows, finally.  Felt pretty fresh, considering.  And I've watched a few more "Shrill"s, and caught up on "Good Girls," whose appeal to me I don't really get, but there it is.

There's an animated thing on Netflix for soon, maybe.  The Willoughbys.


Enough of these digressions in the interstitials of work.  It's yogurt and spreadsheet time.