"It always snows in April," someone told me, my first year up here.  So far it's been true every year.

Work was kind of a lot today.  I've gotta stop.  That's why I'm here now, writing this to you/me.  Thought maybe it'd be easier to set aside "the office" when I took the bowtie off, but the cats seemed to like the idea of me doing a coupla more hours at the stationary station (vs the roving one[s]).  They're napping behind me.

Of all things, given that it's quarantine, I had a kind of weird interpersonal bump yesterday, in what I guess is still an area that can get to me.  Sometimes it's like I'm even more tired of my own sensitivities or vulnerabilities or what you will than I am of being cooped up in the house.  Today it was chilly and I didn't go for a walk.

There goes the neighbor guy with the labs.  Cadbury and I-forget-who.

Anyway, I did have a good video therapy session.  She could probably put SMH as a code on her notes for me, when predictable difficulty arises, like that weird communication light-bulb-feelin' thing.  There must be a fear underneath it all, yes?  Or some other vestigal thing?  Well.  I guess maybe I'm the one who's SMH.

Still screwing up my courage for a big grocery trip.  Gotta make a solid list.  List tomorrow, shopping Thursday?  Perhaps.  Or I could get a long way on canned pears and crackers, plus what's left in the freezer, the rather-old eggs, most of a chunk of cheddar and --- there's actually a lot.  Just no milk to make the oatmeal creamy, for instance.  And I'm a tad overdue for acidophilus and bifidus (which I always hear ol' Davi saying, in her goofy accent). 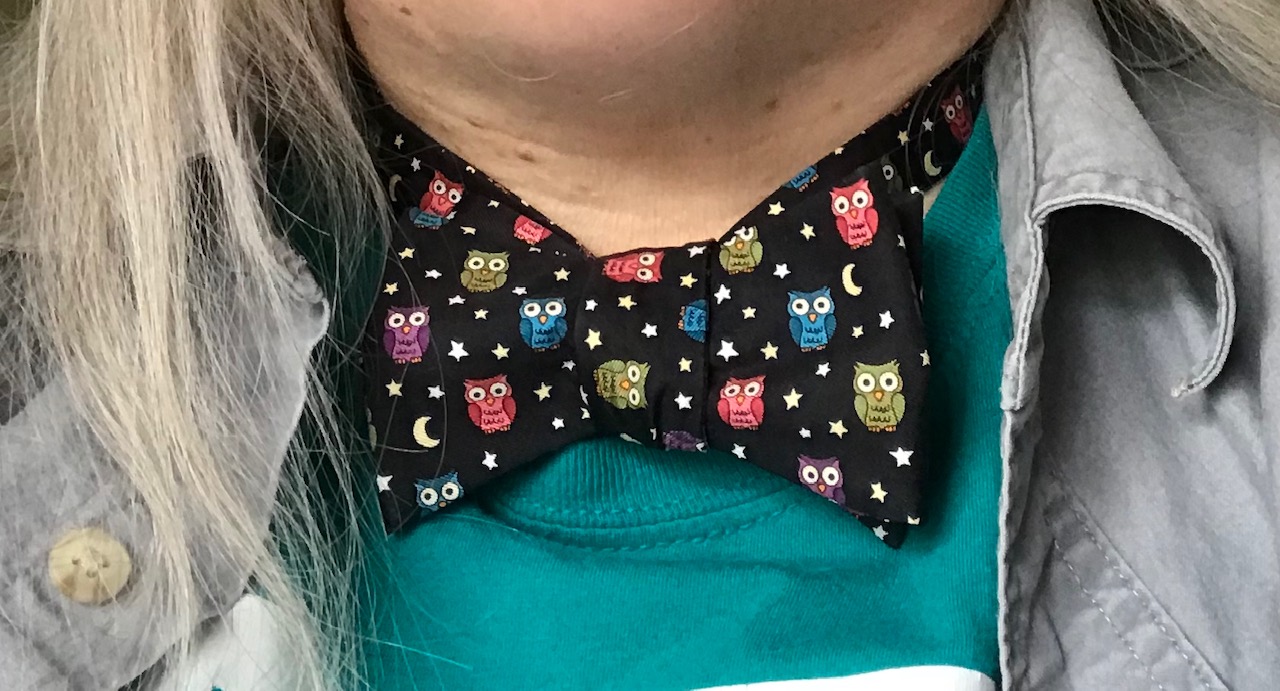 It was the owls today.  It's a good tie.  Fairly easy to tie.  Made of good stuff.  Maybe shaped such that it's a little stubby, but that's okay. 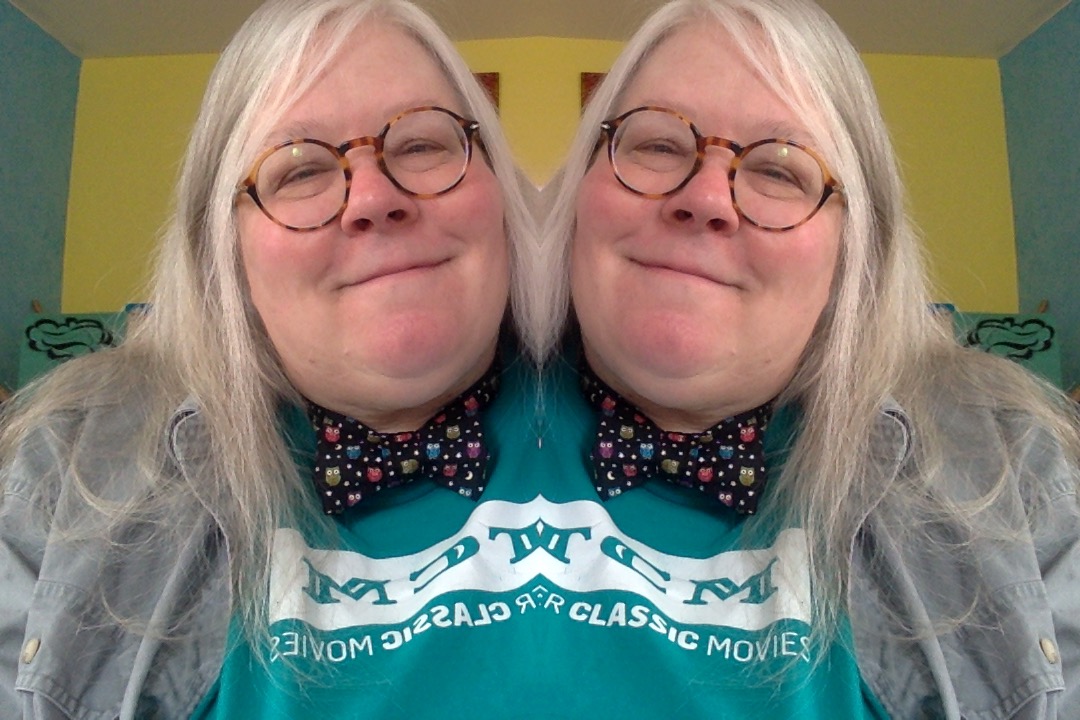