A big ol' pouring fat rain thunderstorm has arrived!  And I have the windows open.  Lightning!  Booms!!

I'm at my old iMac in the bedroom, where I used to sit and watch the birdfeeder and look down the street and feel alive in the weather.  After I got the dog, and then the laptop, the sitting here was pretty much over.  But I've come back, for the big screen and the keypad (on my replacement keyboard), so deja freakin' vu.  It smell so good, the storm.

People are posting stuff in the re-cap of my quiz, talking of which songs/videos they like the most from the show.  I have some of 'em playing, after playing some '70s songs, cuzza a quiz on that today (a mini-league).

Still not done with the day's work, though.  All stretched out.

I couldn't find the bow tie I wanted to wear today, which is especially a shame for reasons I'll show you in a mo', if you're willing to go looking for it.  First, here's today's: 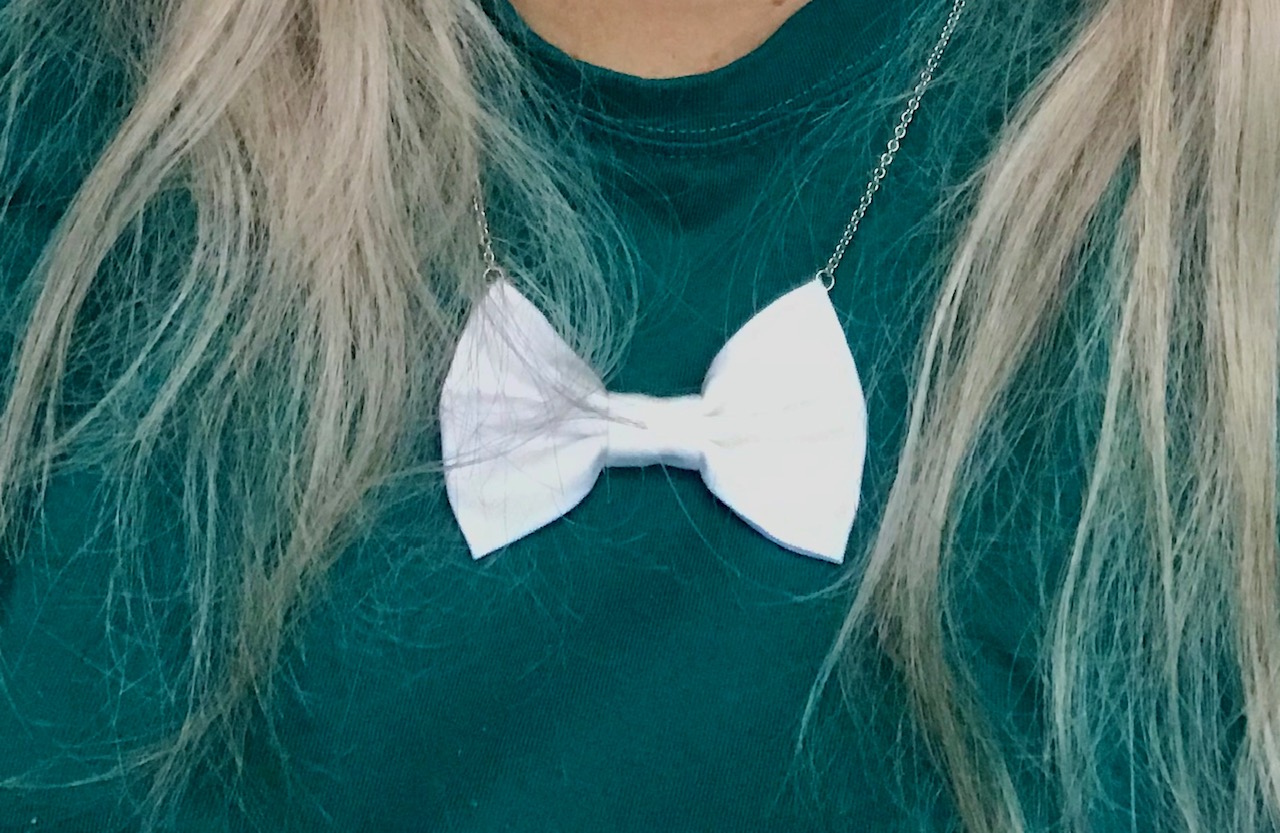 The bummer that I couldn't find the one tie is that I made a new accessory out of the same material I made it out of, and that woulda been a match.  But no match. 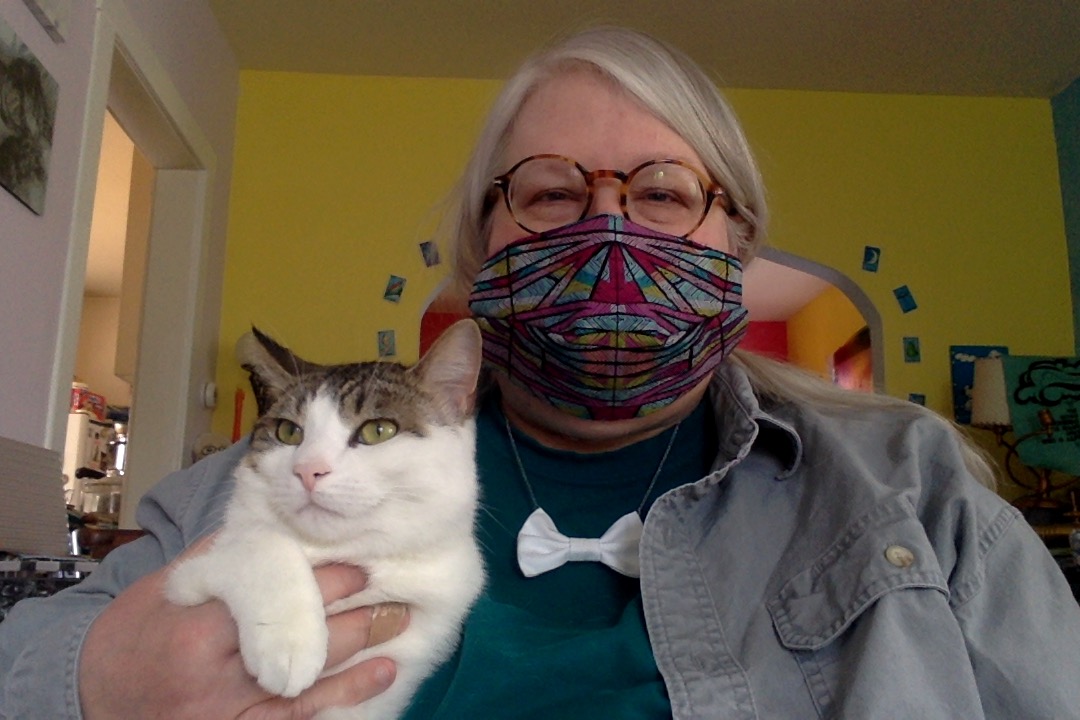 Gee, this storm is the goddamn BEST.  :D

I had a major mood downturn at the end of last week.  And my knees were killing me, so I barely walked this weekend, or yesterday.  Today I was just gonna go outside to be outside, but it was nice, and damn holy halleloo if my knees weren't so bad.  I got down the street a spell, and around the blocks, past Patrick's yard.  Spring's just about to bust over there.

Probably gonna have to go ahead and struggle with this messed-up storm window frame to put in the screen.  Bert was amazing hefting the whole thing up fall before last, with both glass panels in it, but I can't ask him to do that again, and I ain't tryin' it either.  I'd thought I could fix it with screws, so the top part would hold, and the bottom could be switched out fairly easily, like the other windows.  Anyway, this weather outside windows, particularly a storm--- it does something for me, like bringing back a little life or something.  I can't explain.  But let me here fix it in my head, so I won't fret over the next polar vortex if I've not swapped the screen back out, cuz the open windows on both sides of the corner are fuckin' magic, Lisa.  Remember.

Feel the air on the maskless face.  All is not quite over.

I forgot to talk to T about the thing we were talking about that I talked a little to my talk person about.  Got a laugh about it not being anti-feminist, among other things.  I also got a laugh by opening our video session with me in my new mask.  Practically a guffaw.  And a "You can't be too careful!"

But of course you can.  And the whole being careful thing is deadly, if left to spin its full force upon a soul.

Pouring thunder rain can put ya in the moment like little else.