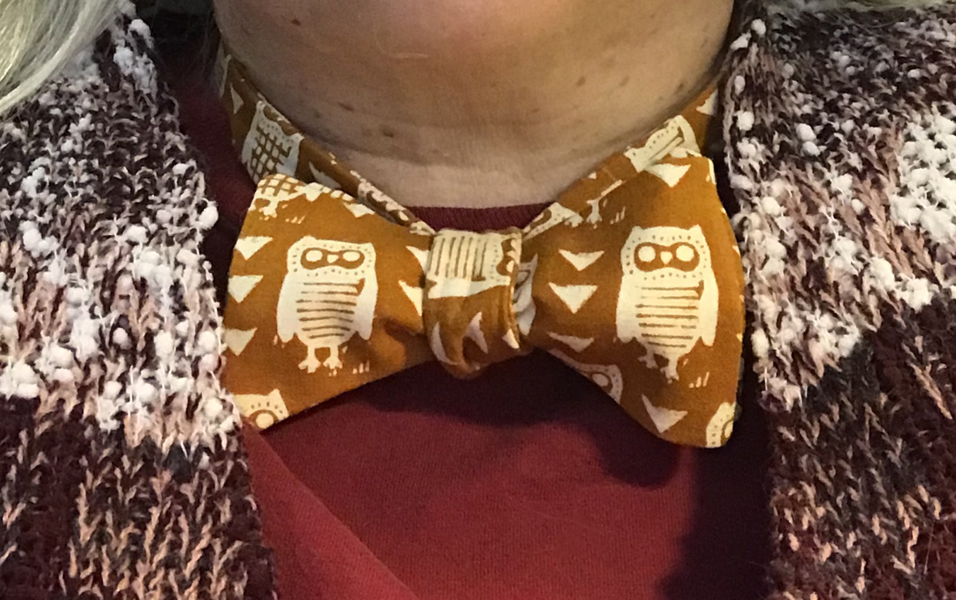 It is a strange time in ffloworld, and larger world too.

Time itself seems like it is, like the inky cloak guy said, out of joint.  As I write you tonight, I'm paused halfway through the last episode of The Good Place, which show has always been just a goof to me, not philosophical at all, really, despite its premise and all the philosophy poking around in there.  Yet now at its very end, it's all, like, a little late-life John Donne not primarily concerned any more about getting laid, or some other of the oh-so-many variations, and suddenly its characters are like characters, and I actually feel something in it.  And it feels just right to be paused there in the middle, with the acceptance of endings in the middle of itself.

The caucus count weirdness (with its likelihood of DNC fuckery), though it's a weird bubble for the campaign folks I'm plugged into, here at the much-anticipated time we've been aiming at for weeks, is kinda the least of it for me right now.  Like it's some combo of math + tired-old-media having-shown-its-stripes that's symbolically echoing the other stuff.

At chorus last night, when we'd started in to a recording of a song we'd sung a few years ago, I was just groovin' on its sway, and noticing how it's a waltz so of course that much more likely to grab me, as the lilting lightness of its ways came slowly back to me.  When I saw it was in the pack this semester, I remembered it as hard, but worth it, and pretty, and expensive (like $3 a person for the rights), and I remembered how good it had sounded at the Pizza House after the last show.  It'd been me who pushed the gang a little to get it started, and have a little faith that we could do it, with whoever all we had there.   Don't know what it was that night that made me like that, but there I was.  And once it got going it was great.  Maybe cuz we were all facing each other.  These are the things I remembered about the song.

Then part way in, this one little bit came up, and a flood of emotion filled---swamped---nearly overcame me.  It was this morph into kiss me on the breeze before we say goodbye you'll be my lullaby my lulla-byyyy yyyyee ...

You know the Friench guy with the cookie, right?  There's a reason that book was a hit.

Especially acute love before farewelll --- that was what it was.  I was right back in that exact feeling, from that time, and its sweet sad ache that was nonetheless so full of love I could barely bear it, barely hold it all.  So much.  Even in the pain that wasn't the pain of pending loss.  Funny thing was, this other feeling was right there too, of a head on my chest in the car while I sang with the CD and the warmth and the not wanting to let go.  So much was right there.

The other big time warp going on is a strange expando-stretcho tension-y patch of hanging in there with dramatic irony, I realized it was, trying to distract myself from its discomforts and stomach butterflies by finding the name to apply to the dramatic situation; the milieu; the strange & brave new world.  I'm not entirely alone with it, but in a lot of it I am.  And I'm doing okay with that.

In this somewhat awkward oddness, nonetheless I marvel.  I marvel that I have lived to this place, and to be in it.

So having the unpeeling welcoming of mortality at the end of the TV series, and wanting to savor it on account of I actually almost maybe am I think buying it--- it fits.

I skipped the SOTU, which abbr reminds me of STFU.  I'm not bothering to check whether the party powerful have released any more votes, cuz what are the odds, really.  Seems very likely we know what they were after for this TV night.  But it seems quite possible that the old ways TV people and big institutions influence things is at least challenged a good bit by all the ways we can talk directly to each other.

Probably things wouldn't be resonating so wildly with me had I not done that talk recently.  I mean, ya never know.  Seems like that taking back of a big step or two was good practice, a good reminder, --- I dunno, somehow good.

I have another new thing I'm hoping to get going with tomorrow night.  Oh, and that after the knitting thing at work in the afternoon.  I have never knitted before.

Before I go watch the end of that show with the sad-happy-okay letting go, I'll end with this deepness:  Shame the verb isn't knit, knat, knut.  You could have knut a knot, or not knat a nit!  The possiblities are endless.