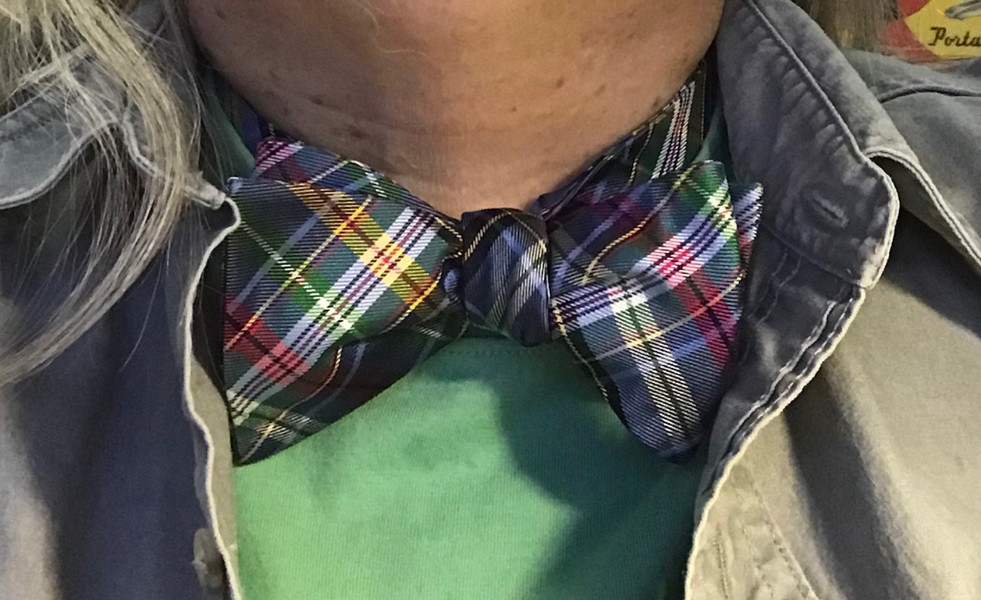 Here it is with the overshirt removed.  Somehow taking off the gray shirt changes the color of the T-shirt underneath back to something more like it really looks:

I'm adjusting to being back at work this week.  It's good, in some comforting takin'-care-of-business way.  Today we had a bizarre training thing--- bizarre mainly insofar as it takes wild stretches of imagination to fit it to what we do.  But it did give me an alternative phrase for the next time I think I want to say "Is that all?" and now will know I can and ought to say instead "Will you be needing any caviar with your order today?"

Tomorrow I'll have the last group session with the new copy eds.  Can you believe we're only now getting to \multline?  We used to get to \multline very near the beginning.  But times have changed, oh yes indeedy.

I found a paper airplane on the street today, made from someone's coding notes.  "Lecture 17: Functions".

Gosh, what else.  The re-fi is coming along.  Appraisal person's been by.  It's gonna be quite a novelty this time, for me, I think.  Oh, my new ladder arrived early today, and awaits me in the living room, to be unpacked.  It's orange, and won't fit under the Christmas tree.  I've added a few old family ornaments to the tree since you saw it last: 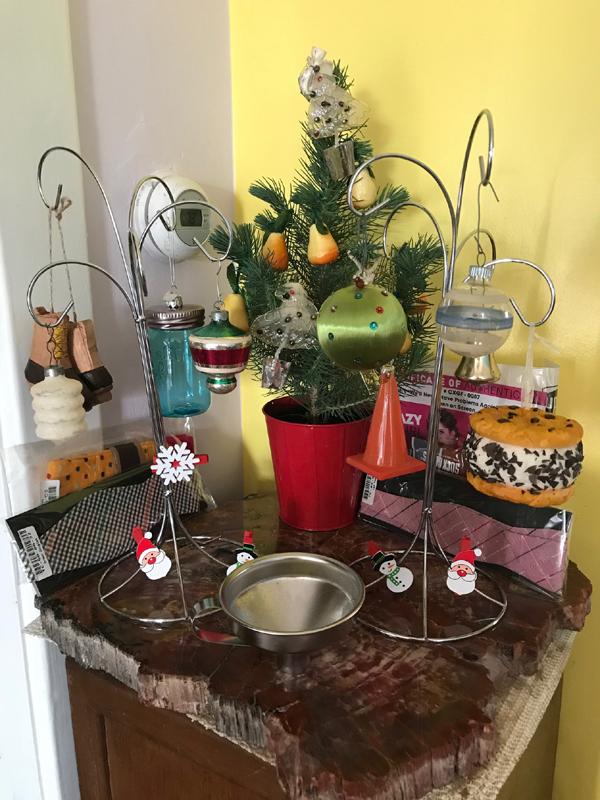 The ladder is a definite indulgence, what with having gotten myself several other gifts of late.  But I will say this: I'm doing very well at picking out things I'll like.  I hope the ladder is pleasing too.

I had an almond latte earlier, from a little coffee place that's going under; their last day is Friday.  It's a tiny cozy spot, and were I on foot in that area more and, like, a student, maybe I'd have hung out there.  They have almond, after all, which Starbucks doesn't.  It just feels like of course they're getting run out.  Here's a Yelp review somebody gave it a coupla years ago:

"Sometimes you're just not feeling like walking into a boojy cafe of the likes of Starbucks. Being a fan of alleyways and cigarettes (not smoking them myself, just watching them be smoked), Elixir Vitae is the only place in Ann Arbor that gives off such a harmoniously entropic vibe. It's a place to work while sipping a hot cup of inexpensive coffee and listening to Nick Cave or The Warlocks or Godspeed You! Black Emperor emanating from the old stereo on the counter. Elixir is a place to think about how you may be throwing your life away by obtaining a degree you'll spend the rest of your life paying off because the humankind may only last 10 more years, stare at the giant ants in the alley, or notice the cold wind ruffle the hair of your former professor trodding down the street."
Musta been feeling a bit poetic that day, that writer, eh?

Right now I'm feeling ... what .... ?  Oh:  hungry.  Time to see about some supper.  Until next time, I remain yours truly, your obedient humble servant, etc. etc.
Tags: btt
Subscribe