I'm off work this week, which turns out to be a week of more timed obligations than I'd realized it'd be.  For instance, every night Monday through Thursday is some chorus thing.  If I don't go to the sectional tonight, it can be a whole day at home, but I still probably will head up there.  Tomorrow evening's library performance is also optional.  Someone pointed out that it's like having an extra rehearsal, which maybe is good.  I agreed last night to write the patter for the show, and that's kinda time-consuming, but fun, in its way.  There's a way I still don't have both feet in the door with the gang.  I like the new director as a director, a lot, though I'm starting to think he may not much like me, but if so in some way that can hardly be personal.  And may even be unconscious.

The big thing I keep thinking I could write about here is the present I got for my younger cat:  a new birdfeeder.  The old thrifted one was impossible to clean well, and it seems the manufacturers have become aware of that problem; this tube can be taken apart fully to clean, and pretty simply.  It took 2 days for the birds to discover the eating place.  Little birds like it a lot.  And Dizzy Dud Bud really does dig looking at 'em.  So I guess this winter I'll go back to shoveling that little walkway to the birdfeeder again, to keep it full when the ground's covered in white frozen water.

There are few places the little cat hasn't jumped yet, and I'm sure he'll get to this one before the year's out, but for now I have a little Christmas thing going on top of the music cabinet (as my family called it): 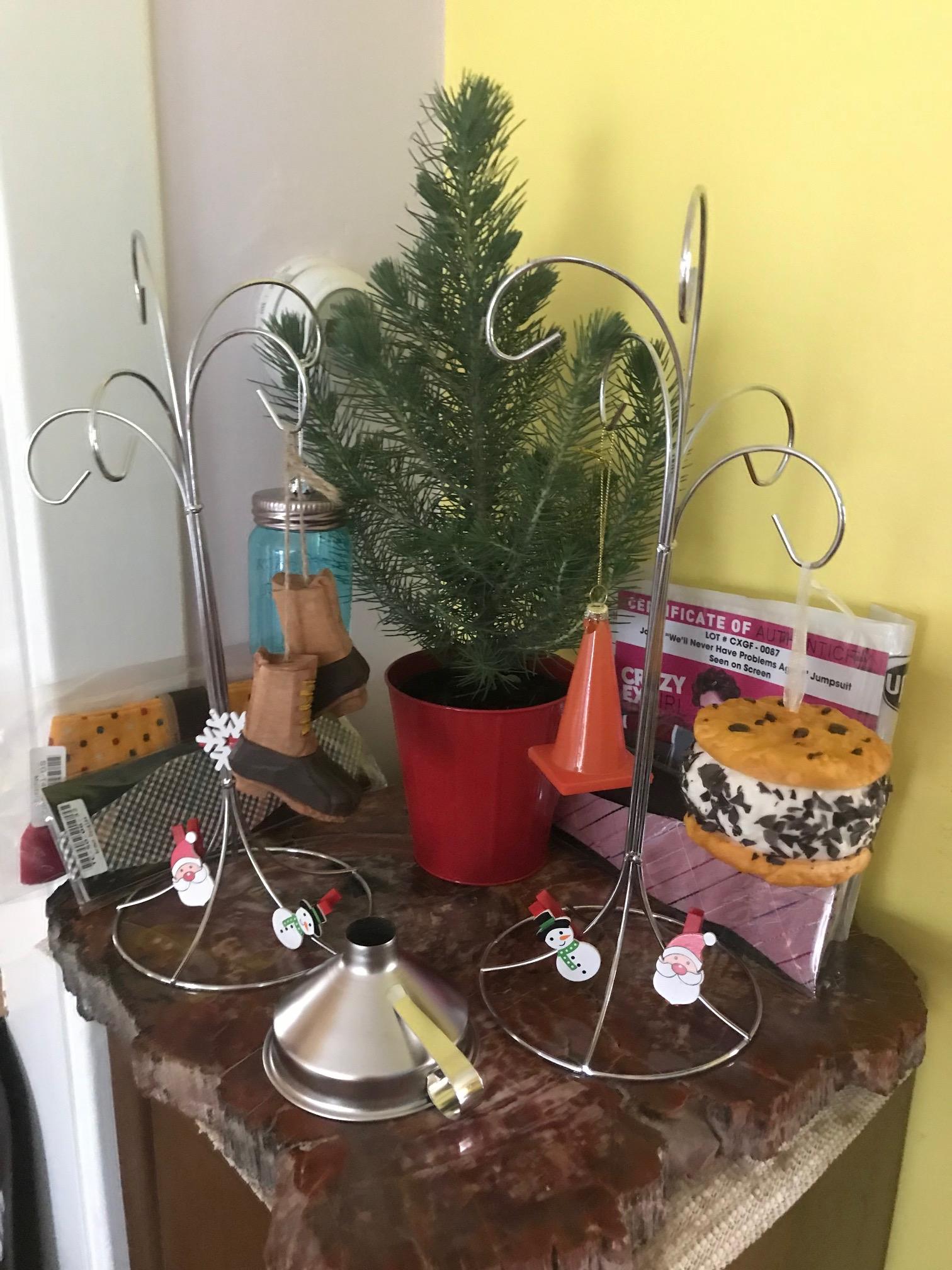 The tree's from the office party, as are the little clip-ons.  The wire hangers and the ornaments posted so far are from the trip to Bronner's I wrote about here last summer, during my little excursion into the thumb (of Michigan).  You can see a sneak preview of my new bow ties awaiting to be opened at present time.  The funnel's a gift I've already used, to fill the bird feeder, as well as the repurposed kitty litter container I'm keep the seed supply in: 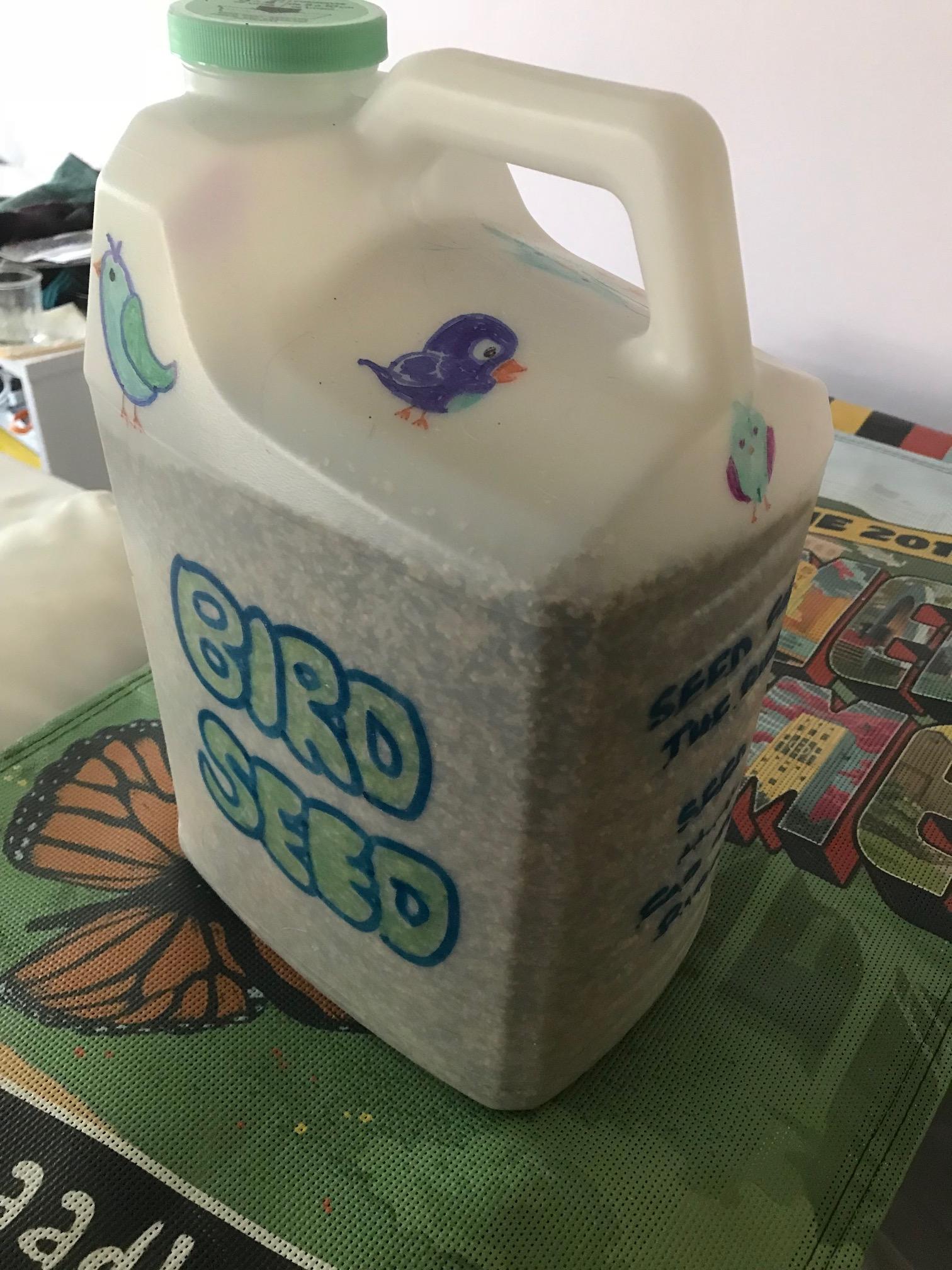 I'm going to add more ornaments from a box of old favorites I just brought up from the basement, along with storm windows that need to go on soon.  There's no room on that chunk of petrified pine for a folding tin nativity scene I bought in Juarez in the early '90s, but I'm tickled to have it out again.  After knawning on the corner here, Dudley went after a wise man, so I think it's going to need a safe place too. 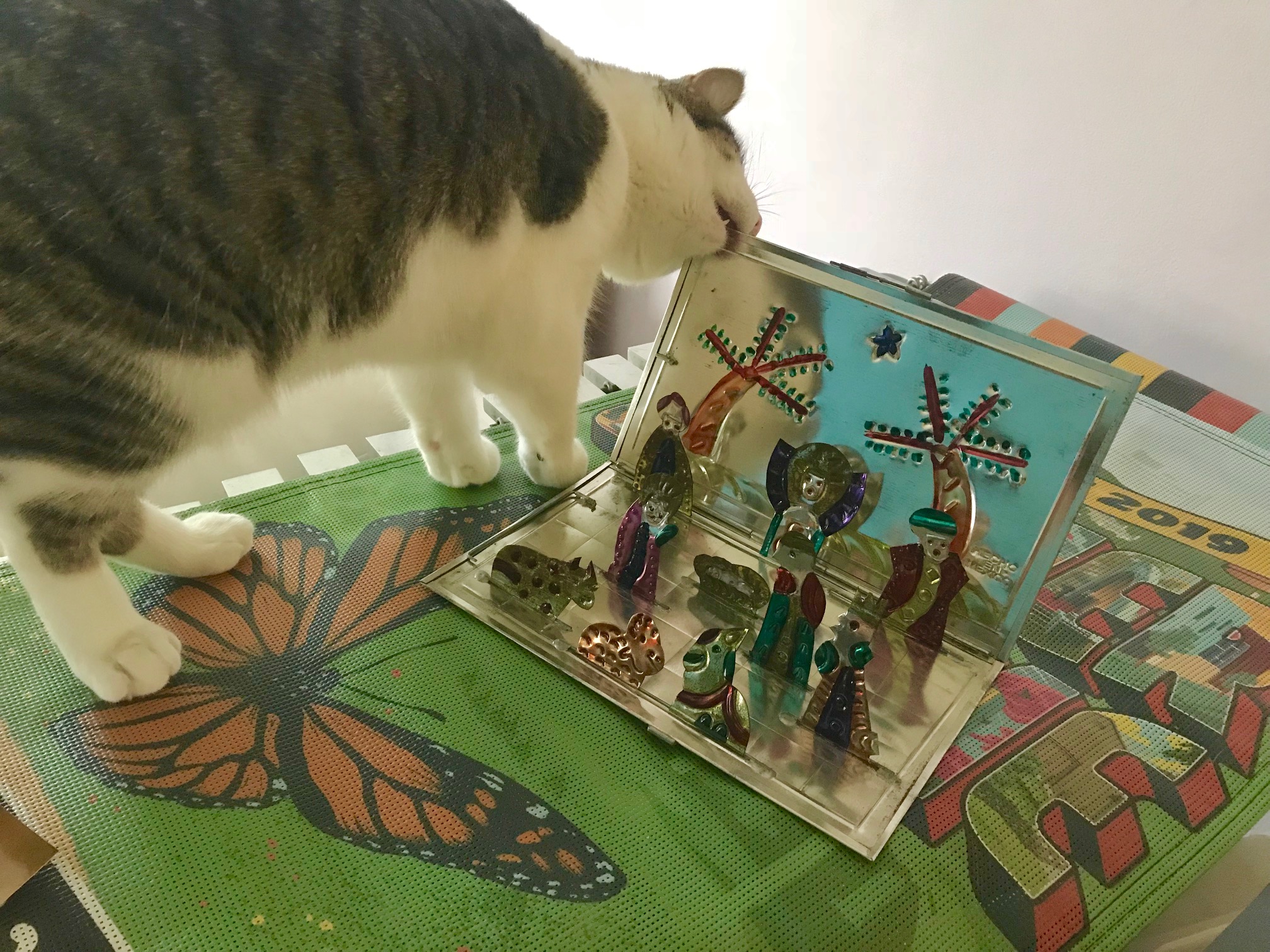 I haven't had the nativity out in many years.  Funny thing, when I opened it today I found an old photograph in it, from back when you took a picture and sent it off to be developed, that seems sorta like the kind of odd shot I'd have taken, but I can't recall the circumstances in the least.  I like it, though.  In a weird way.  Here 'tis: 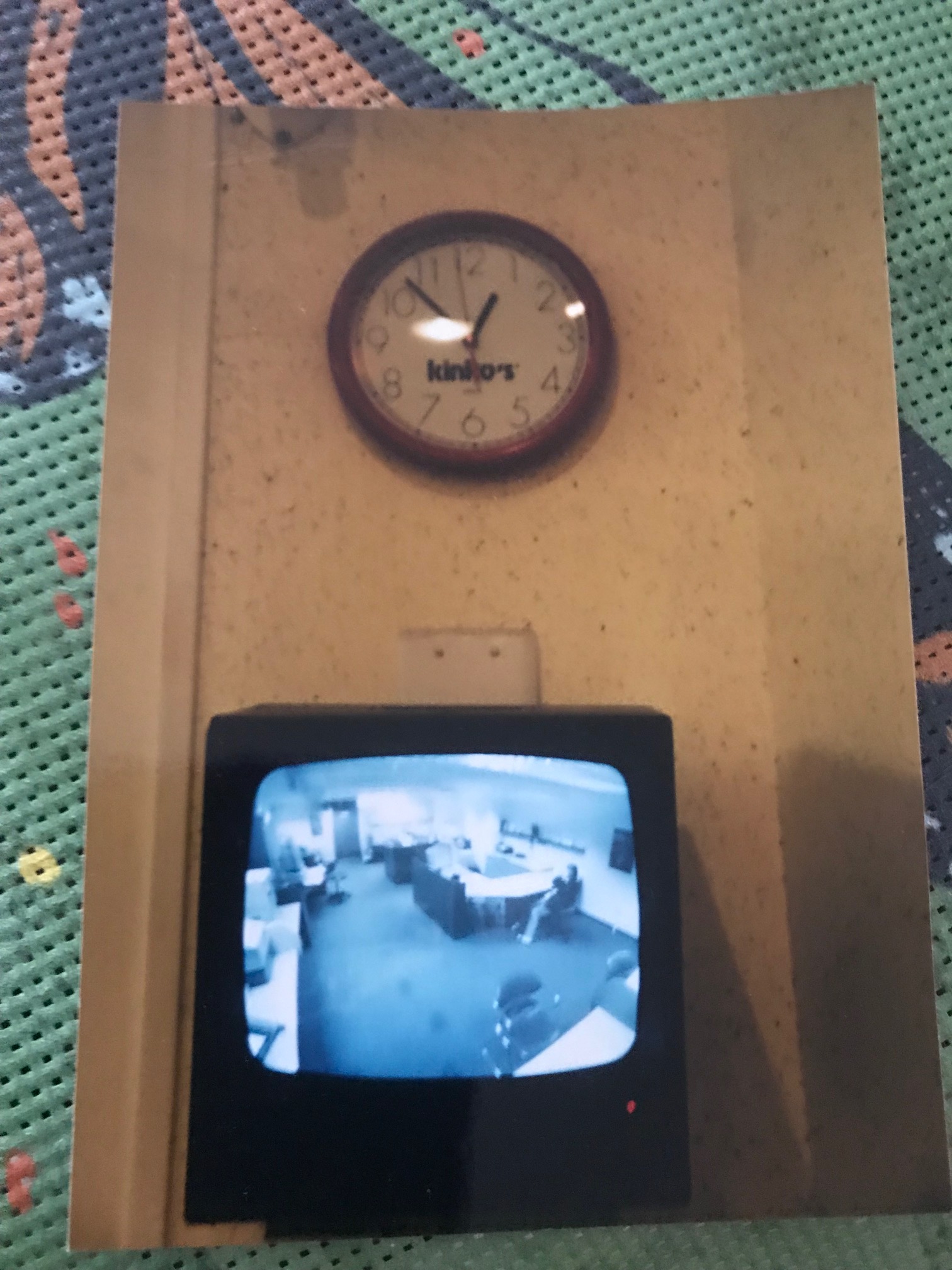 More than I like it, I like past me, who, no doubt on a whim, stuck it in there to surprise future me, who is now now me.  Or a coupla hours' ago me.  Past me thinking of future/now me like that:  strange, considerate, and strangely considerate.

Here's hoping now you is well, and future you will be too, often, and past you may tickle future/now you soon too.
Subscribe