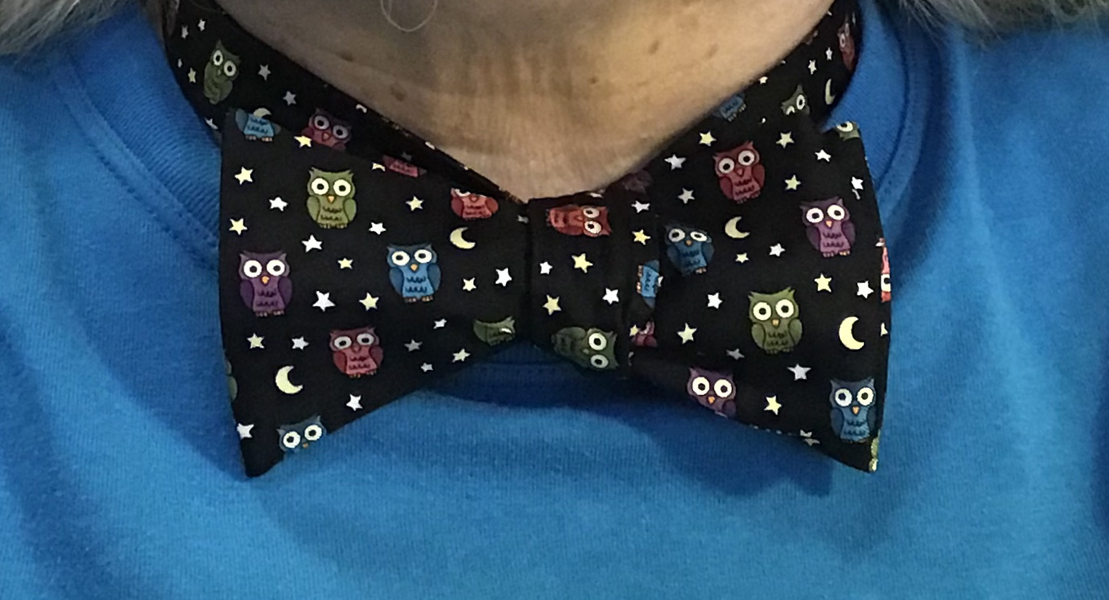 Here it is, October.  And it's hot and humid today.  Still, I wasn't too sweaty, zipping away from tai chi for an appointment, midday.

Chorus has been so well attended here at the beginning of the season that it's kinda wild.  Like it's a hot spot for the A2 queers and hangers-on (haha--- I mean "allies").  Moreover, it sounds good when we make chords.  There are plenty of people in each section.  And the director's quite good.

I do think there's a chance that a big fundraiser the group's doing soon is going to tank.  It's $75 a ticket.  I can see some wealthy people buying tickets to be supportive, but I bet a lot of them won't then actually show up.  A small house wouldn't be a disaster.  The silent auction of items worth at least $150 a pop might have a hard time without the deep-pocketed present, however.  It's up in the air whether I'll be auditioning to be part of that event; there are two possible acts on tap. One is a bunch of women singing that old song I want a girl just like the girl who married dear old Dad--- which is kinda creepy, to me.  You know what I mean?  I don't want Mom.  It's too Electra on-the-nose.  Like the gender swap doesn't work.  Beyond how it's still all binary.

When the tenors had a little confab to introduce ourselves to each other, I declared how I reckon I'd be nonbinary if I'd known of such an option as a younger person.  Spiritually I'm enby.  It may look to some like I'm trying to present as butch, simply by not being femme-y, but I'm not, and I don't want to be perceived or received as male, and I don't mind being perceived or received as female, but I do mind the trappings of femininity so much in some core way that I've resisted some gendery stuff as long as I can remember.  And there's still no being (perceived as) female without trappings thereof.

Recently I came across thefatsextherapist, aka Sonalee Rashatwar, via Linda Bacon sharing a post of a mainstream-press article about her, with the great teaser headline "What We Can All Learn from the Fat Sex Therapist".  thefatsextherapist kicks ass.  Now I'm all distracted from writing this post by remembering stuff she/they wrote, here or there, like something about nonbinariness and fat.

Bernie raised a ton of money this last quarter, and there actually may be being some consequences for Trump & co.  So, like, that.

But I wasn't out to write about that.  I only thought of that cuzza thinking of reactionary objections to Sonalee.  I'm all free-associating.  It's that kind of day.  I forgot to eat lunch until 4:45, but that was maybe cuz I got a banana milk tea earlier in the day.  But I'm ready for dinner any time, once I figure out what that'll be.  Fuzzy-headed.  Who knows.  Maybe a good day for cheap take-out.