a Saturday afternoon in September

That's where I am in time, in one variation of its looping.

I've just broken out the auxilary CD/DVD read/write drive I bought months ago.  Imported "Back in the Day (remix)" from my Ahmad CD for starters, cuz it was back in the day that we used to use CDs.  Next up, and happening now, is the import of some Us Guys songs, originally recorded on cassette, then transferred to CD via primitive means.  The one I want to hear is one I've been reminded of, listening lately to a Craxy Ex-Girlfriend song I didn't like at first but now love:  Nathaniel's demonstration of about the least appealing stuff to say to get the girl to sleep with you, "Let's Have Intercourse."  At one point in there he sings, before he muses how "I won't be back to normal 'til I see what your nipples look like--- they're prob'bly straightforward nipples", "Once we do it it'll be like 'Oh, that's what that was like' ", and that sorta reminds me of how in this song of mine from years ago, "I Wanna Make Love to Sara (The Tent Song)", there's this line about how I wanna make love to Sara and "think back on how it went".

Imagining what it will have been like after it's happened--- that's a particular sort of anticipation.  :)

I was at the library earlier.  Have had just the leading edge of a headache toying with my brain, off and on, today.  But I did read some at the library, and brought home some books, after writing a coupla pages in my paper journal.  It'd been almost a year since I'd done that.  During a good hunk of that time, however, in my "defense," I couldn't find it.

Now I have no scheduled anything the rest of today, and I even decided I don't really need to do laundry, so it's just me and the kitty cats.  Little one Horky the Chiper Chip Chipper Mao is doing okay.  Still with the diarrhea, but the peeing is consistently happening, though I had a bit of a scare yesterday when all he'd eked out for most of a day was one small ball.  But then he's had 3 since then.  Gotta keep him using his own litter box, still, so I can monitor that.  Just have to pay attention to when the other guy's using it.  Right now I can easily tell their "products" apart, anyhow.

Seems like reading Gatsby last weekend may be part of a shift back to reading for me, after many years of not so much reading.  I read all day at work, I would tell people.  But that might not be it.  Speaking of journals, I saw in an old one recently how when I met this one woman I know several years ago I had lotsa big notions about our being people of letters, both, and in some kind of fellowship that way.  It was pretty fuzzy.  I was not infrequently getting high then, so that's probably where the fuzzy came from, and the high-falutin' too.  But I had noted, and wrote, even then, how I'd long since realized I'd been more interested in the lives of writers than in their writing, in many cases.  Even when some of their writing I liked a lot, like, say, Frank O'Hara.  But, I mean, all those ex-pat types--- I wanted to read about how they were living, and it was that stuff in their writing I liked the most.  Or letters, maybe (particularly if illicit lesbian relationships were involved).

One of the library books that wasn't yet ready for me today but I'm quite looking forward to brings together the content and the life in a remarkable way.  It's called A Bubble; it's a board book an artist-writer made for --- well, here's the blurb:

Near the end of her life, surrounded by the nature and calm of Anacortes, Washington, Geneviève Castrée drew one final gift for her two-year-old daughter, the stunning board book A Bubble. Leaving behind a last note for a young child is an incomprehensible task; Castrée responds with grace and subtlety. Using precise, exquisite drawings of herself and her daughter, changes in their daily routines are depicted as a greater story unfolds. Castrée and her daughter float from page to page, encased in a bubble that protects them from the outside world. A contemplation of love and loss, A Bubble is a lasting declaration, a final memory, a comfort for others experiencing grief, and a beautiful archive of one of the world’s most talented cartoonist’s final artistic achievements. 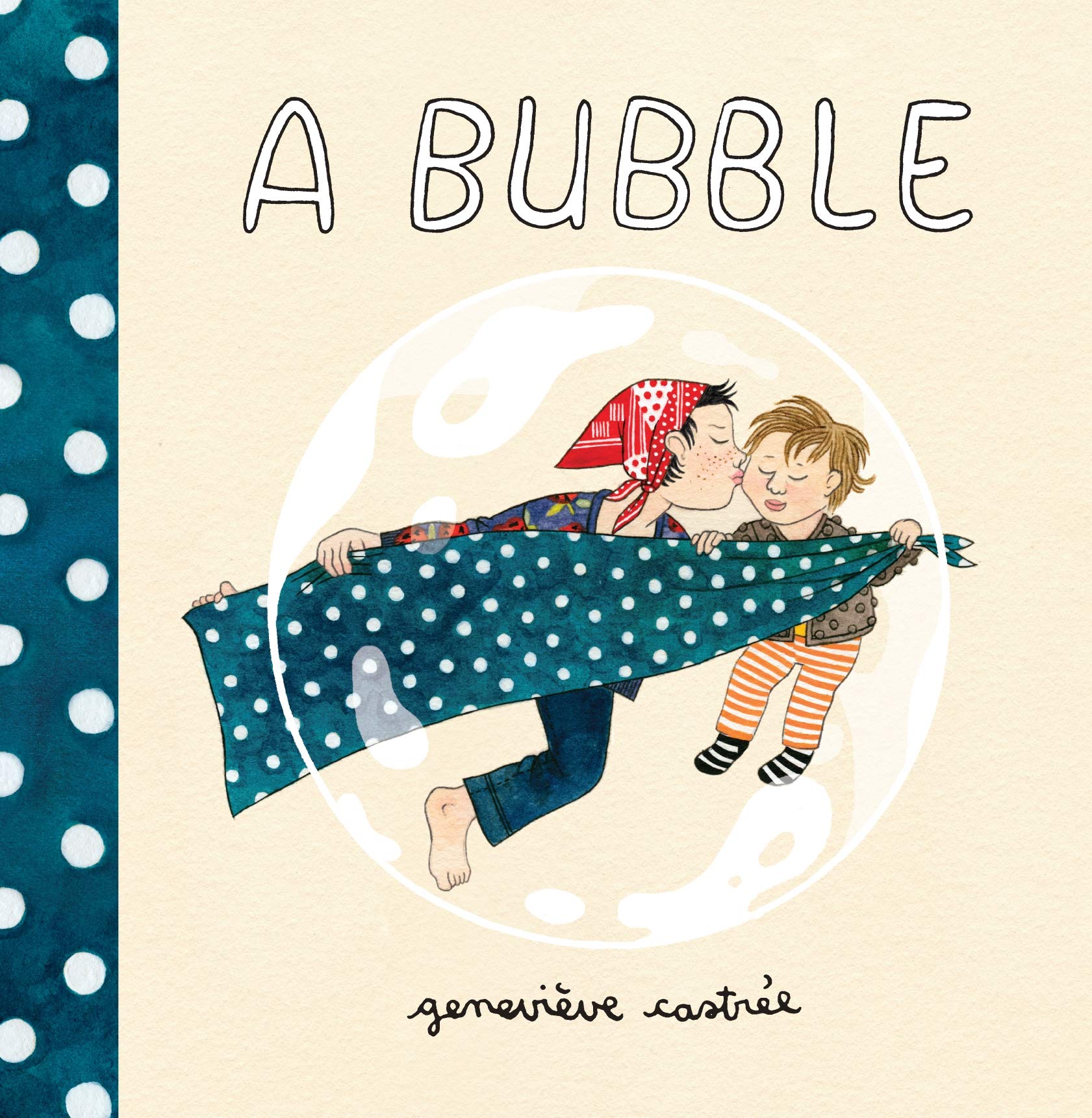 Rather calls to you, no?

Meanwhile, I've got other things to check out.  Will tell you of that later, mebbe.