Bonus Postcard not Of The Day for Not--Bow Tie Tuesday 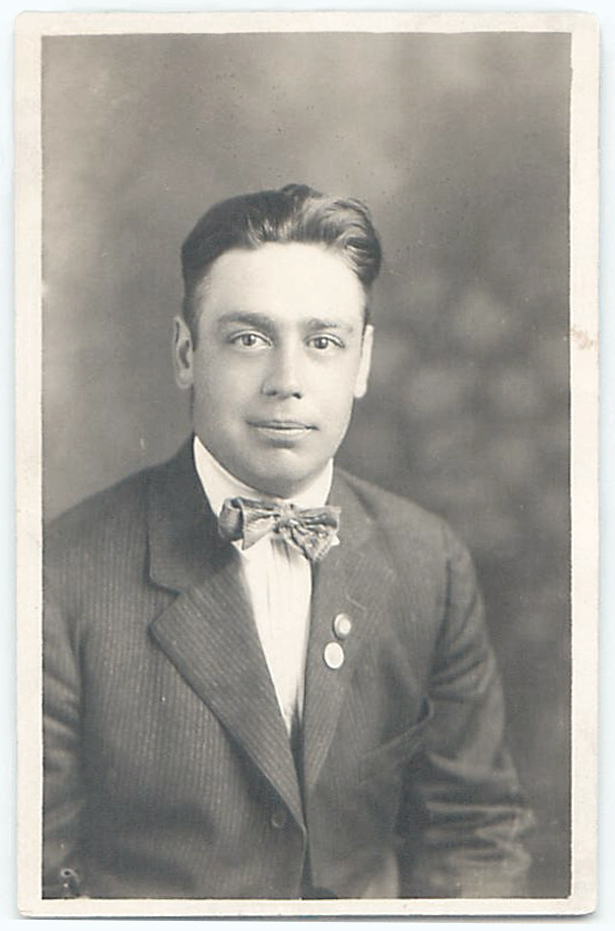 Also not:  this is not (pretty sure) Harry Connick, Sr., nor his dad, even though it sorta seems like it could be.

I didn't wear a bow tie today, cuz we're (also not) not at work, cuz the power is (also not) not on there.  There's a little triangle on the Old West Side (that my therapist jokingly referred to as a Burmuda triangle) where power has not yet been restored, though most places are back.  This fact may be related to the fact that a coupla cars burned up two blocks from my office from being under falling power lines.  Seems like that could make it take longer.  The old dairy with creamy ice cream, maybe three blocks from there in another direction, is open, however.  I got its (giant) "child's size" scoop in a waffle cone a few hours ago.  (Some caramel pretzel flavor.)

I wasn't driving to the neighborhood of MR out of habit, I don't think.  I wanted ice cream, and the place I've been curious to try---maybe 6 or 7 blocks from the office, if that---doesn't open until 2, and I was there just long enough before that to not want to wait.  I wanted to get ice cream, as (I may've told you) I somehow keep wanting to do this summer.  This despite having at home TWO pints of an oatmeal ice cream from Ben & Jerry's that I was delighted to see, yesterday, on my first unexpected day off, is now back in circulation around here.  (Two pints cuz who knows how long it will be.)

After ice cream I went to the grocery store.  It's quite moderate in temperature outside, for July, and of all things I'd been pondering the laundromat, to wash my winter coat (it's so nice to have it fresh when winter comes around again) and some bedding and while I'm at it regular laundry, although I'm not behind at regular laundry, cuz it's summer, and shorts, and less thick fabrics.  But the grocery store was good cuz I want to use the other half of a box of no-bake lasagna noodles I have, since I won't mind heating up the toaster oven tonight.  So that's my plan for the rest of today.  That plus the last episode of this new season of Stranger Things.

I laughed to realize that the sunnygrain bagel with cream cheese and a slice of tomato I got at Barry's on Saturday is just another variation on my usual summer meal, the tomato-and-cheese sandwich (on toast w/mayo).  It's not August but I'm already started on those, hothouse or not, and wondering whether I'll burn out on them before the really good tomatoes are gone, or even at their peak. So then I realized that the itch to make lasagna is just another variation on the tomato-and-cheese sandwich.  Y'know?  Ha.  Something fundamental there for me, I guess.

It's spashdown day of Apollo 11, plus 50 years, today.  This 50-year-iversary has been fun.  And so absorbing, along with stuff like attending to the cat and having unexpected days off, that I missed my 10th anniversary in recovery.  That's not as big a thing as it may sound like, as lotsa folks in my program(s) don't know an anniversary or pick one.  It's not like 24 hours sober, and then counting, omg-I-hope-I-can-keep-it-going.  Much harder to judge a relapse, and anyway most folks came in because of someone else's substance abuse or other addiction.  I didn't even think of the anniversary when pondering "strength, hope and experience" earlier today, as I sometimes do.  It was only when I thought to open a box of newcomer pamphlets and trifold thingies, remembering that waiting in that box was a 10-year chip I bought myself, that I was like "Oops."

Work, the rest of this week when we're up and running, will be a litle nuts, with the boss out and days missed to rally to catch up on and a candidate coming in to test (and be interviewed later on the phone) (on accounta living some distance from this burg).  But the boss dropped by yesterday, and that was nice.  It's nice not always to see each other in the real world.  I showed her my new lavendar wall, and a couple of my new artsy outlet covers. 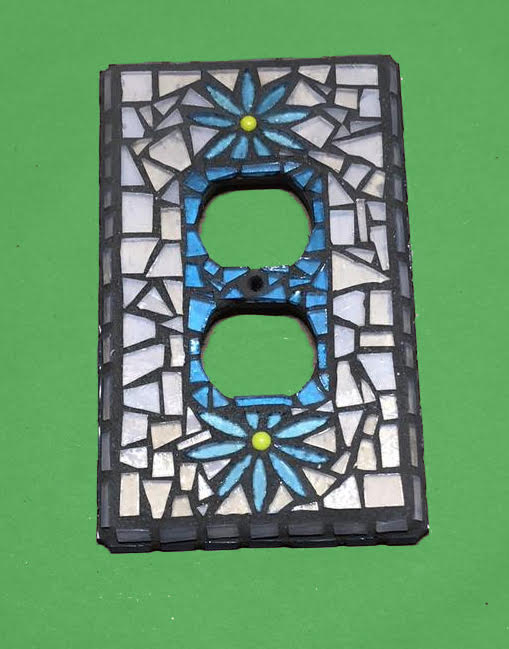 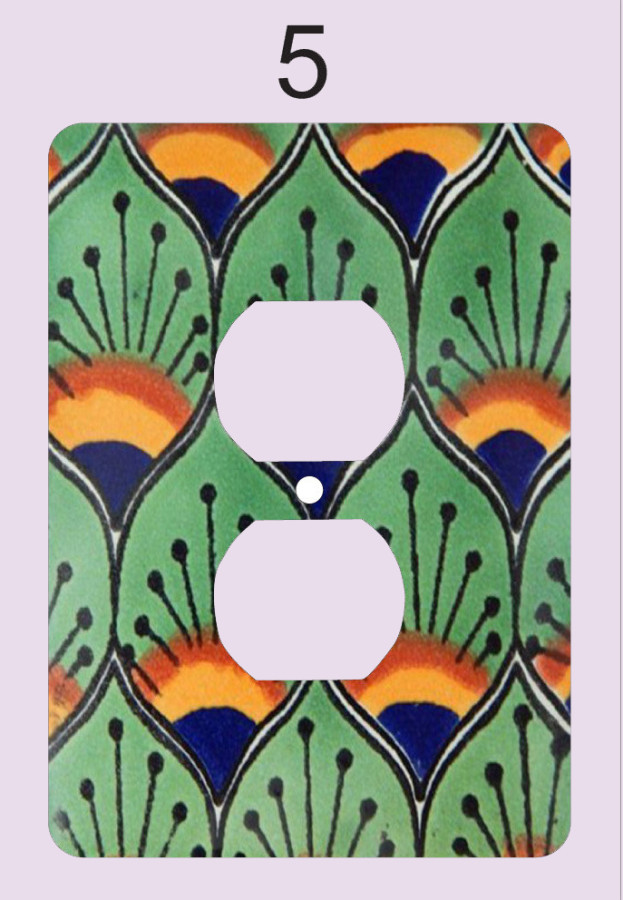 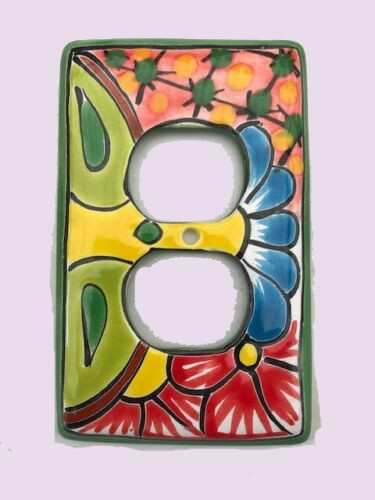 The thing I thought I was going to write about here and am just now finally getting to is about being in the grocery store in the early afternoon when it's mostly old people, thinking o shit many of these people are retired and can just wander around and do shit, and realizing how pleasant it is to be just wandering around and doing shit.  (It's quite pleasant.)  (Like being a kid but having a car and no parental orders?  I dunno.)  Quite pleasant, some degree of aimlessness.  Yesterday I did a few extra chores but did some kickin' around, and at once point was in Trader Joe's in my yard work clothes, cuz great time to hit TJ's, and the check-out dudes were chatting with me about the power outages and I was saying how I was getting paid for today even though I wasn't at the office (always feels a little like a miracle to me, even on sick days), and they were like "so you can just relax & enjoy?" and I realized they were quoting my shirt (which see icon) and laughed and said it was kind of a personal motto of mine, but that I'm aware that the fact that I have to remind myself to do those things may say something about me, haha, and one dude was like "yeah but we all have to be reminded of that, some, right?" and I was like geez even these super-chill--seeming TJ's guys have to remind themselves to relax & enjoy?  Could they have anxiety, or frequent anxieties, or accomplish-mania, or the kind of sick feeling of our broader culture in which you can tell we are not aligned for the greater good and to care for each other, like my therapist mused, when I told her about my Houston-as-higher-power chuckle/idea?  Well, put that way, of course they could.  And that made me feel a little aligned with them, just then.  Unshowered and wrinkley and hair-stuffed-sloppily-in-hat and "wearing" bits of organic matter from flora of my patch of jungley grounds.  But still.

It was maybe even a little bit of a surprise that they were talking to me sorta for-real.  And you know I like that.  There's just about nothing I like more.  As in you can have all the oatmeal ice cream in the world, and the rest of it too, if it means I can have more of that.
Subscribe