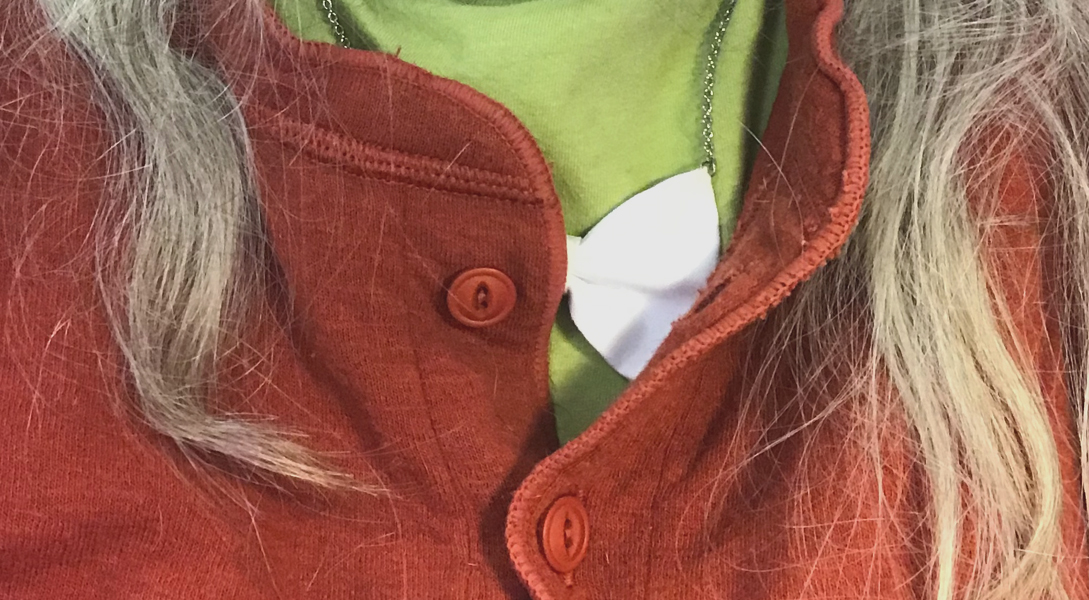 It was one of those mornings, so I didn't tie.  I slipped on a necklace with my clashing clothes and went out.  Only worked a few hours.  Did get the front yard mowed.  Wiped me out.  Ordered a pizza.  It was so good I could hardly stop after 3 pieces, but I did.

I'm probably still recovering from my movie marathonning.  Made it to 20 films.  Gotta come up with my top picks to reciprocate to a guy I met there, who, happily, went ahead and sent me his.  He and I were in line for a lot of the same pictures.

Deciding what to see (and when) was no small thing.  I did pretty well, though.  There are really only 2 or 3 films I didn't see and would like to and probably won't be able to catch in easy ways later.

My favorite was Amatörer (Amateurs), a Swedish film by Gabriela Pilcher (in Swedish, English, Arabic, Tamil, Kurdish, Romanian, Bosnian, and German).  The blurb:  Welcome to Lafors! A small Swedish community in desperate need of a fresh start. Hope rises when the German low-cost superstore Superbilly is considering setting up business in the area. 500 new jobs, that would change everything! Musse at the local government office gets the honour to make the commercial that will be selling Lafors. But Aida and Dana pick up the fight and turn their mobiles and selfie sticks towards everyone that isn't allowed to take part in the commercial. The battle of who has the right to tell the story of Lafors has begun.

Aida and Dana are great, and so's the film. Its sensibilities are right on.

Amateurs from LevelK on Vimeo.


My runner-up:  probably Complicity (Kei Chikaura, Japan/China), about a young Chinese guy working illegally in Japan by impersonating the person whose i.d. he bought, and taking that guy's intended gig at a traditional soba restaurant, working for the soba master.  Really nicely done.  It's a whole different kind of marvelous noodle movie from Tampopo.

Bits of/from lots of the other films come back to me now and then.  I'm still rather afloat in them.