I've tested several products this weekend.  I'll just tell you about a couple.

This color of pale lavender in this sample is not lively enough for the wall I want it on.  I may end up doing a two-tone color wash thing, like I've done in a few other places, but maybe not.  Maybe just another pale lavender that's livelier. 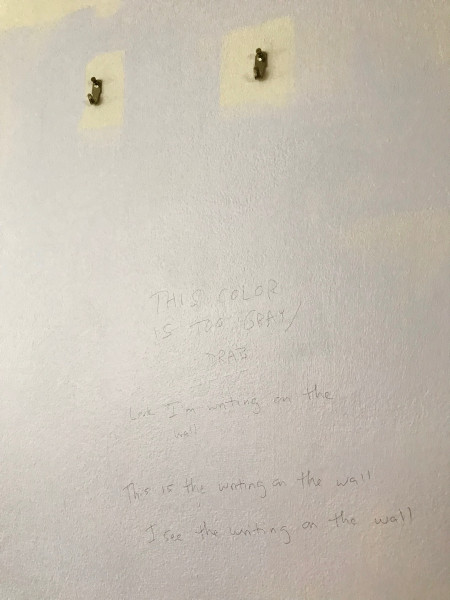 On the other hand, I was pretty tickled with a product I impulse bought after spotting it on my way to the fiber powder in Kroger's's.  Turns out it's for children, but my hair doesn't care.  Moreover, my nose approved.  I really don't like not liking the smell of my shampoo, so I open bottles in stores and snort the( air above the openings of the)m.

It costs twice as much as cheap Suave, but that's still cheap.  Watermelon slushie!  Inspired.

There were lots of other fun things to see in the grocery store yesterday.  It was like they were supplying us with goods for someone's Springtime birthday extravaganza or somehin'. 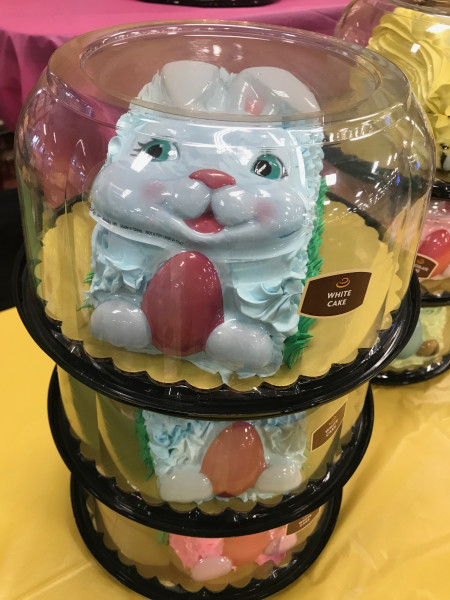 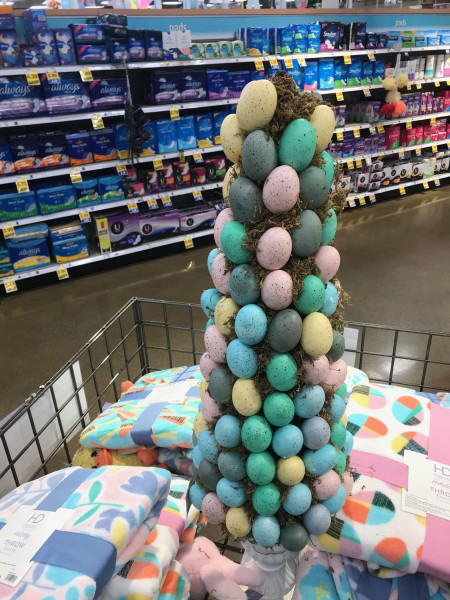 Yes, I framed that second sample with "feminine protection" products in the background.  A term that sounds like it'd refer to, say, pink nunchucks.  Which would be even funnier if wielded by actual nuns.  Or one nun, named Chuck.  I knew a woman who had been called Norman when she was a nun, before she quit, and amused her coworkers with multiple choice quizzes about which-of-the-following-did-I-not-do-while-I-was-a-nun.  Among other things, she had danced drunkenly on a bar in Bel Air, Maryland. Anyway, that group of nuns took dude names as their nun or saint names, at least sometimes.

Bernadette was her civilian name.  We called her Bernie.  :)
Subscribe