Have a weird little rash-ette on my pencil-resting middle finger, which is a bit annoying while working with a pencil, particularly cuz my main blue pencil pencil has little bumps on it: 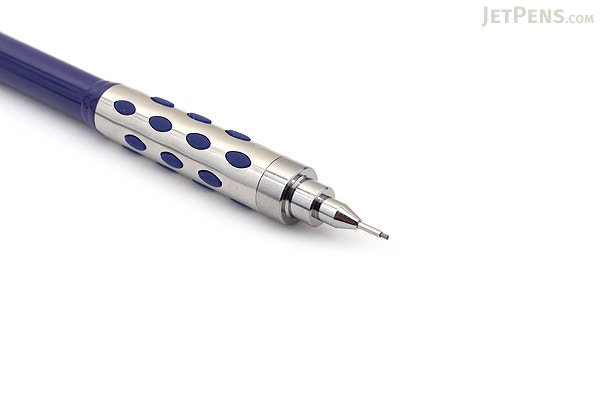 But I'm dealin'.  I was dealin' with some of the yard stuff.  And I had some nice new social contact this weekend.

I'm a tad trepidatious about rehearsing a sketch at chorus tonight.  One of my fellow performers may not be straightforwardly cooperative in my effort to keep it simple, as I'm aiming to aim for.  I just don't want us to confuse the audience.  Especially if it takes away from any chuckles we might get outta them.

I slept very deeply and had intense dreams with women from my past, ending in my sinking down into and through the fish-swimming-in-it-gel to the underground gel-for-air virtual-ish reality Reba McEntire bar ("so that's what that meant on the map!" thought I), where she was performing a song I know that isn't hers but probably had significance for my sub- and unconscious minds.  Who knows what--- my waking mind isn't privy to it.  And I don't need to know.  I just enjoyed being there.  So heavy, the sleep, possibly cuzza getting so physically spent.

Adjacent to Reba's, and such that it seemed like I could've just gone over there if I felt like it, was what looked like one part of Rick's Place (in Casablanca).  It was in black and white and everything.
Subscribe