Hello, fflofans, -followers, -visitors, -lurkers, -happened-to-run-into-ers and -what-have-yous.  Today, yes, it's Tuesday, and that means it's time to see my bowtie.

I've actually had a picture of this bow tie on here before (look, sometimes I write bow tie and sometimes I write bowtie, probably cuz I think it should be bowtie but it's bow tie), back in (found it!) August of 2013, so click here to see it back closer to when I acquired it (and when I'd just learned how to tie a bowtie and was first getting into them for a while).  But here it is today, surrounded by more clothing, because it may be April but it's still snow & ice up here: 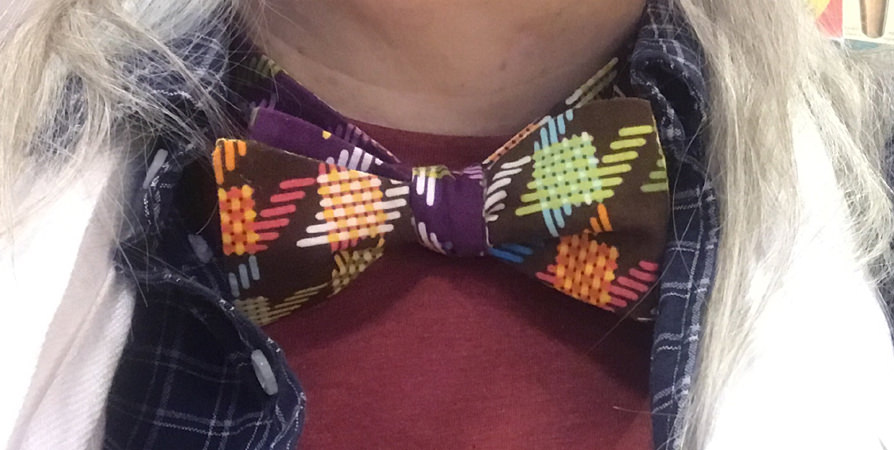 The white's a scarf, not a lab coat.  But, hey, it suddenly occurs to me that I could get a lab coat and start wearing it to MR.  To be more of a character.  Possibly alternating with scrubs?  They're maybe harder to layer, tho, for the quick responses to changing climate conditions here in the old brewery building.  And it wouldn't be as funny as if I just started wearing a lab coat all the time.  Maybe with my name embroidered over a chest pocket.

In other news, I'm seeing about selling the family silver, finally.  Looks like I can get between $650 and $700 for it.  I've toyed with the idea of keeping one piece--- this spoon, which is called a "bon bon" spoon, it seems:

The pattern is the 1937 Wallace "Stradavari" collection, designed with some idea of Stradavarius in mind, which was probably appealing to the grandparents I never knew when they bought it for my folks from the Dahle Jewelry Company in Mitchell, S. Dak., the remaining evidence tells me.  (That store was still there not too long ago, with a cool deco sign, 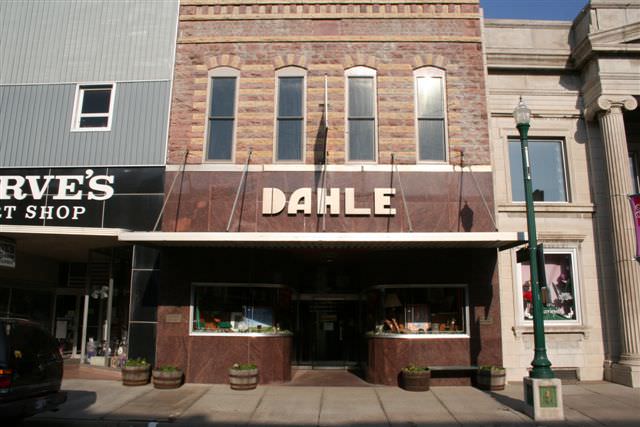 but now it's the VFW, or it was the last time the Google camera car drove by.)
The bon bon spoon (with 11 piercings) (part of how you identify these things) is pleasing to me.  And oddly soft.  The solid silver of the bowl of that spoon, kept all these years in the felt folds of the SilverFile 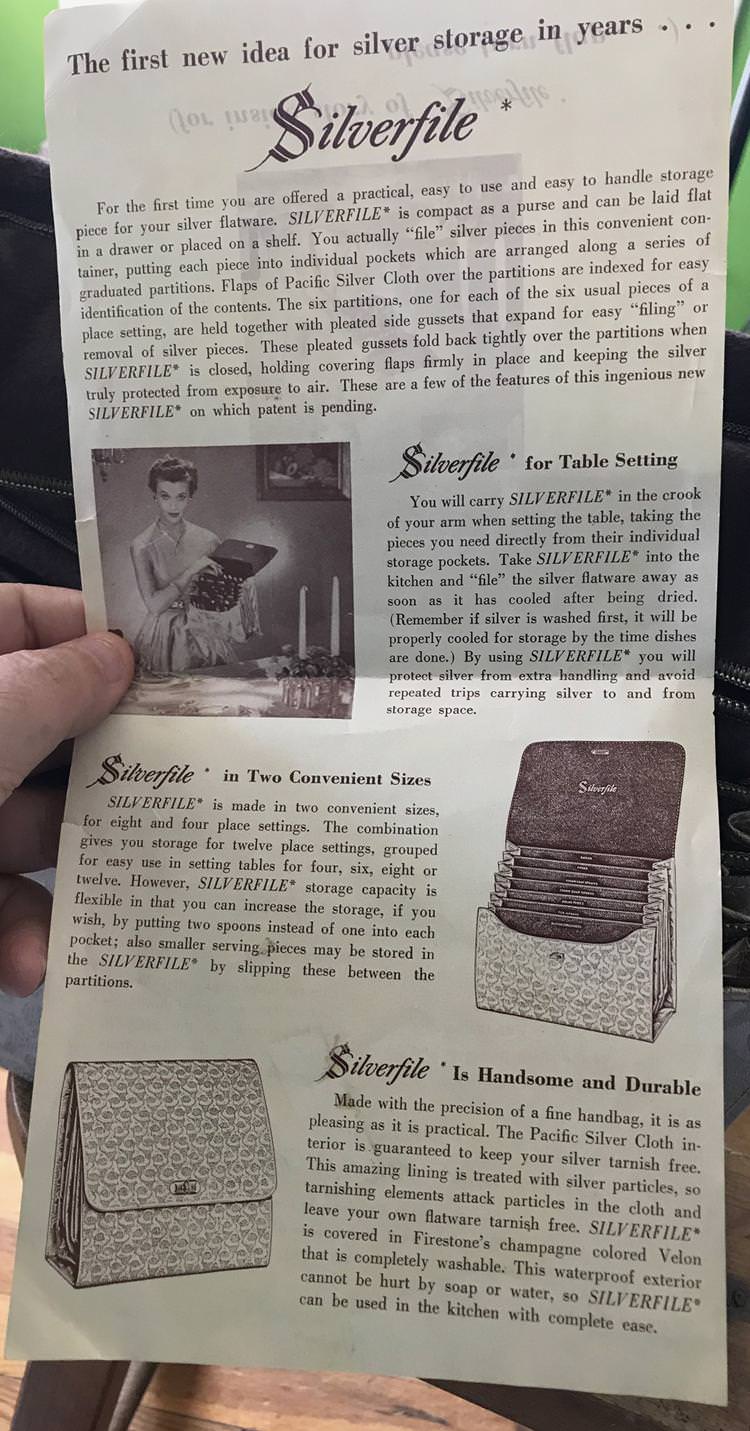 ---it's nice, and almost weird, metal so soft and cool.  And the spoon's only gonna get me $13 if I sell it.  But then, what am I gonna do with that spoon, anyway?  Just take it out now and then and experience it tactilely?
I'll have to make up my mind soon, I guess.  I wanna mail the stuff off soon.  Get some money to pay somebody to clear growth and brush and tree-traps and burr-nests from my back yard, if I can get it together to do that, on top of getting critters out of the attic again, here before Spring takes hold and the jungle swells shut again for the summer.
Tags: btt
Subscribe