I got a loaner.  At first the dude thought it might have to be a pick-up, which most people don't want, but I wouldn't have minded, despite their being a little slidy in the snow (and there's been a steady dry-crystally flurry thing all day).  But he then brought a Compass around, and when he realized it didn't have any gas in it, he got a Cherokee.  A 2017 Cherokee.  And, compared to my ("smaller") Renegade, it sucks!  It's much less roomy inside.  All it has going for it (comparatively) is more little cubbies for your sunglasses and such, and a range of speeds in the intermittent windshield wipers.

Nonetheless, it's always a little exciting to have a rental or a loaner.  Just to experience driving a different vehicle a while.  And, lately, to make me more grateful for my own wheels.


The nice thing is that a guy named Tony at the Charles Village Pub back in B-more was kind enough to send me a picture of a picture on their wall, prompted only by an out-of-the-blue email request from me.  It's a series of shots of Olga Korbut on the balance beam, gradually getting closer and closer to sitting on her own head and looking at her own heels, from the back.  I used to love to get that booth.  And, sure nuff, there underneath are, in addition to Muhammed Ali, good ol' Earl Weaver, and Brooksie next to him.  Just like I was a-settin' there. 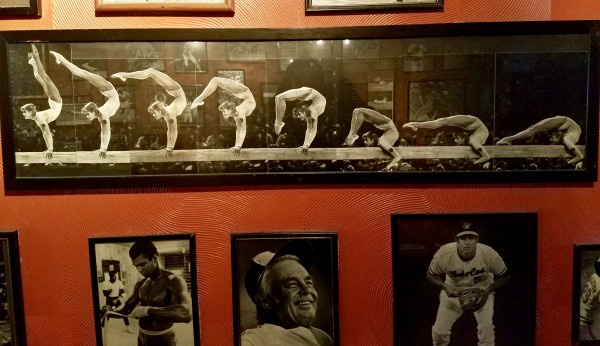 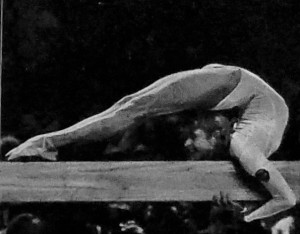 Who wouldn't be tickled, having pulled off a totally unlikely thing like that there?